According to the United Nations more than 250 million people migrated from their birth country in 2017. How tracking this data down would enable researchers and journalists to study them ? 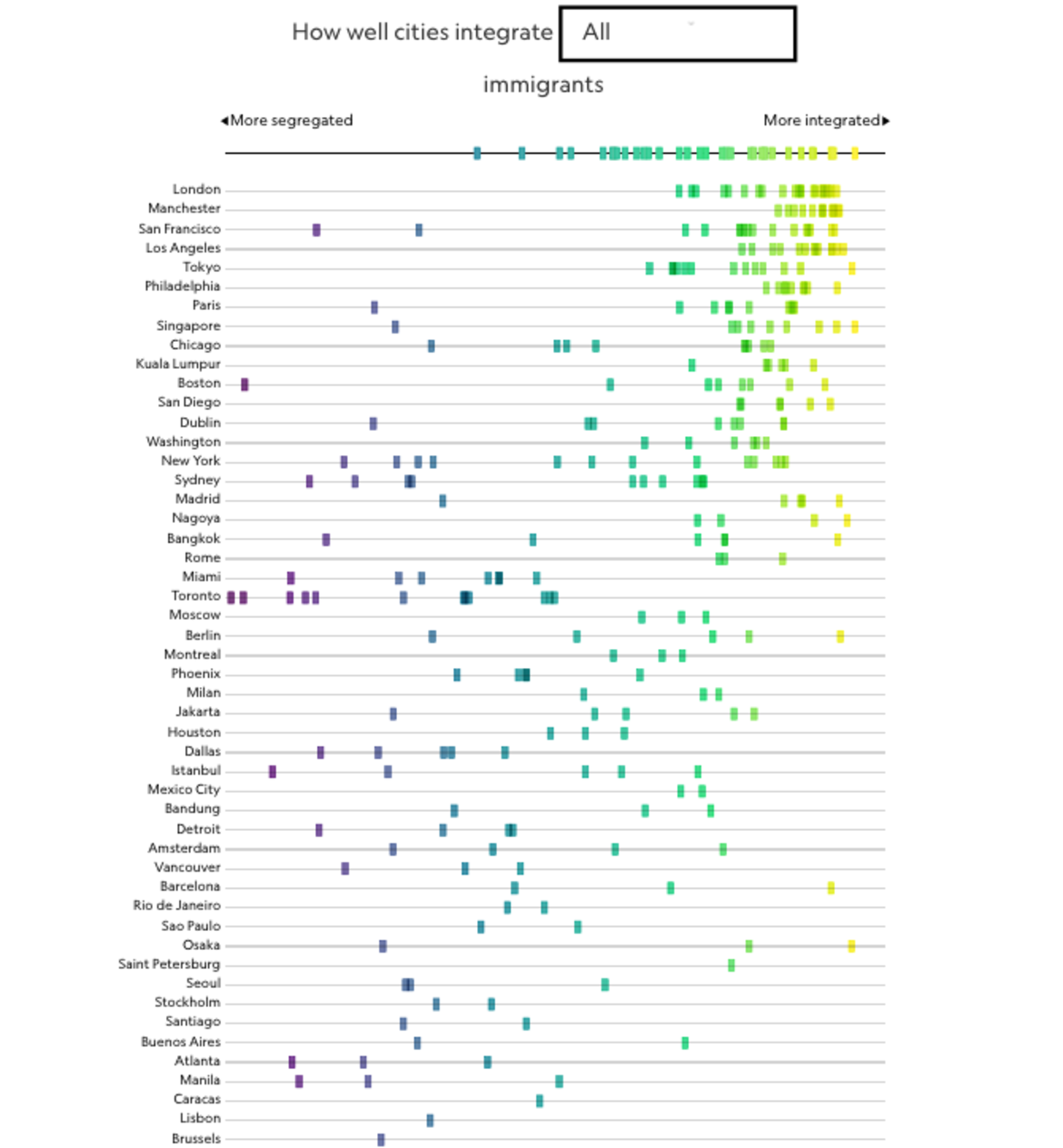 Surveys (census), are costly and can take years to complete. Researchers from the Institute for Cross-Disciplinary Physics and Complex Systems have developed a new method : they use data from Twitter.

The research, published on the PLOS One review, was able to identify 35 immigrant communities in 50 cities. How ? “We conduct a comprehensive study on immigrant integration in 50 world cities by introducing an innovative approach: an analysis of the spatio-temporal communication patterns of immigrant and local communities based on language detection in Twitter and on novel metrics of spatial integration”, the authors explained. In other words: analysing tweets can lead to a model telling if individuals are likely natives or immigrants to the places they live, for instance.

“Researchers predicted, through user actions, the neighborhoods in those cities where each likely immigrant community lives” explains National Geographic, which has published an infographic that shows the communities of immigrants and the cities taken into consideration, and how much segregated or integrated they are.

According to their work, London is the most integrated city. “We found that in the central part of the city [Chelsea, Kensington, and Marylebone], communities such as Russian, French, and Arabic are spread almost uniformly around the area,” said Fabio Lamanna, a civil transportation engineer who led the research team at National Geographic.