With the deadline to submit salary details for male and female staff in the UK just days away, early findings show that almost 90 per cent of women still work for companies that pay them less than male colleagues 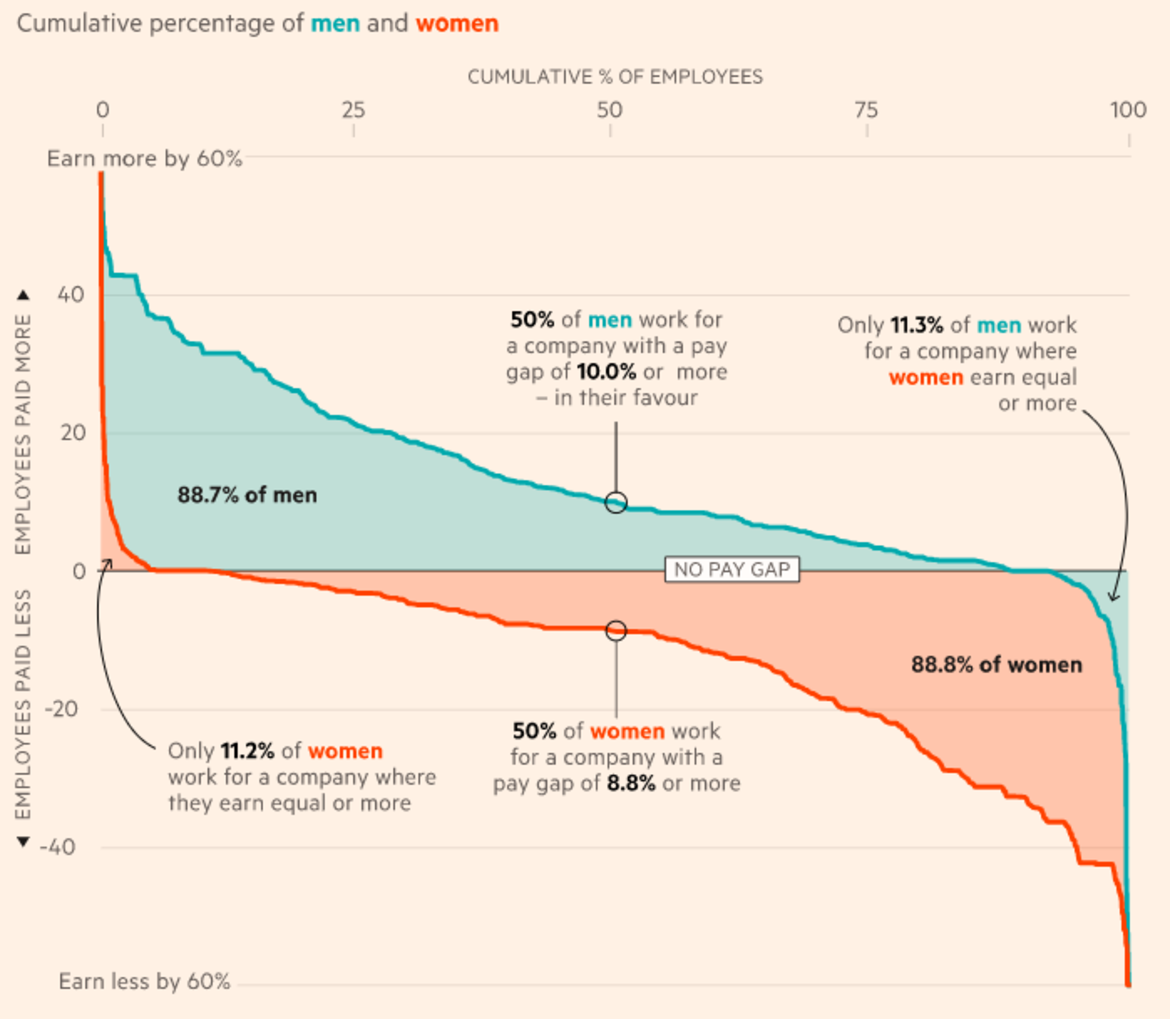 All employers in Britain with at least 250 staff have to report by April 4 the difference between what they pay their male and female employees, but the numbers published so far provide big lessons for both companies and the government.

The data, published by the Financial Times, are the most comprehensive ever collected in any country. They do not just reveal the UK’s worst and best-performing employers in the public and private sector, but also the main explanations behind the gender pay gap – and thus some of the most effective ways of closing it. The clearest finding from the data is that women are overwhelmingly likely to work for an employer where, overall, men are paid more, and that the main explanation for the gap is the presence of more senior men than women.

Readers can also search for a company to compare its performance in terms of pay equality (a few surprises there), and rank activity sectors by the size of the gap.