The Publisher’s Patron: How Google is funding European Media

netzpolitik.org found out which media and what kind of funding Google has provided with the Google’s Digital News Initiative in Europe. 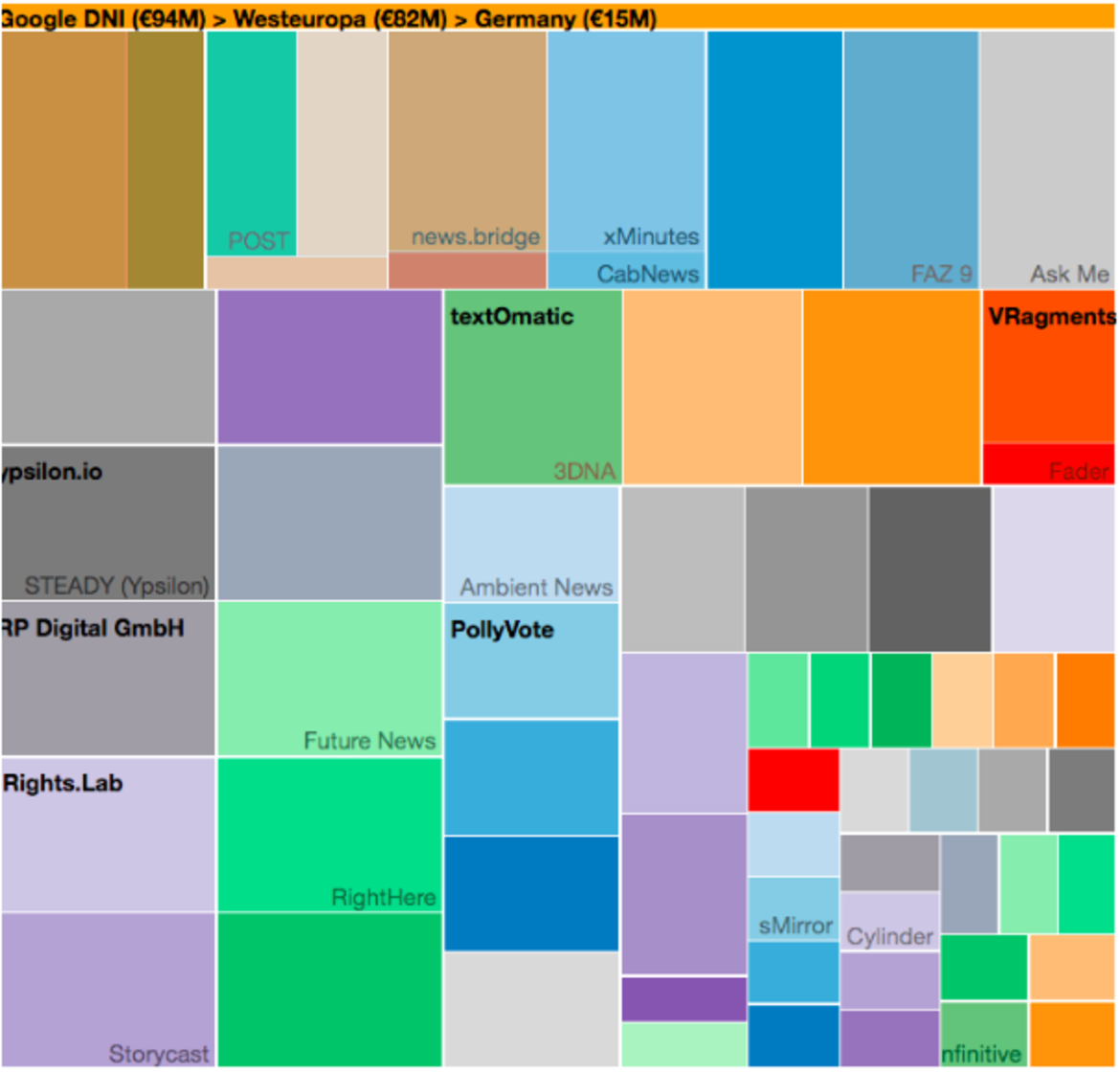 In the past three years Google funded 447 journalism-related projects with 115 million euro: an infographic shows how much money, in which countries and to which media.

“Our data, which is based on a project registry which we scraped from the DNI website and then coupled with additional reporting, sheds light on who Google gives money to”, wrote Alexander Fanta , author of the analysis. DNI provides only a bandwidth of funding sizes (from €50,000 to €300,000): netzpolitik.org was able to find the exact amount of 217 of 447 projects. In fact, many media organisation did not wish to disclose how much money they received from Google.

Google’s money comes with one condition: it does not fund content per se, but rather projects that ’show innovation’. An English version of the analysis is published on the European Journalism Observatory website.