The EU in the eyes of its citizens: lost in a twilight zone?

PEW surveyed citizens from 10 member states to understand public opinions about the EU. 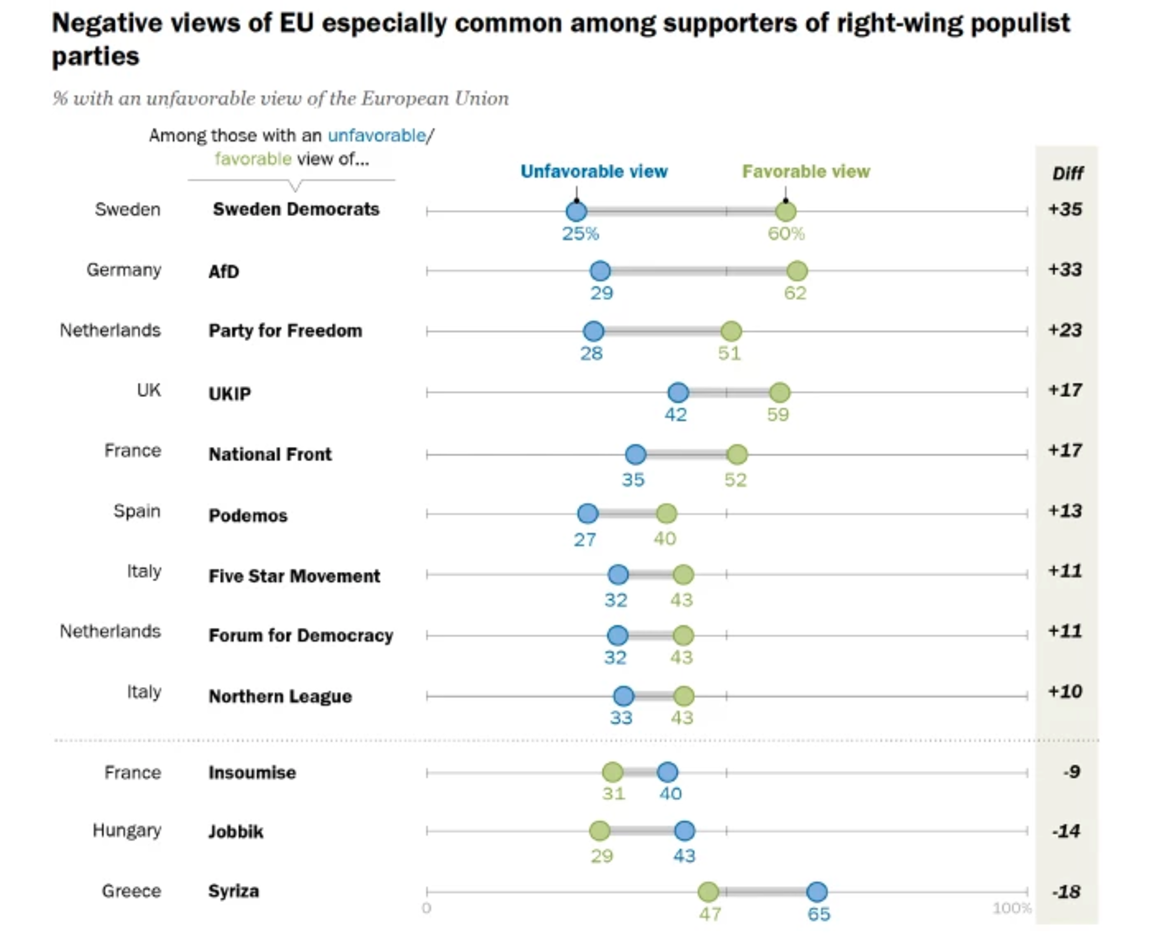 A recently published PEW study shows that a majority of EU citizens holds positive views on Brussels-based institutions when asked to broadly judge the EU. More specifically, across the 10 member states that were surveyed, 7 interviewees out of 10 expressed favourable opinions about the Union. Only in the UK, and, crucially, Greece, a majority shared critical viewpoints. The analysis also digs into the demography of supporters and critics of the Union: younger people and leftist voters tend to appreciate the EU more than other “categories”. Paradoxically enough, however, the survey shows that people believe that the EU is “inefficient”, “intrusive” and “does not understand” people’s needs.

PEW’s latest survey provides a comprehensive overview of the “state of the Union” as seen from the perspective of citizens. Beyond inquiring feelings towards the EU, the study also investigates EU citizens’ perspectives on the issue of “immigration”. Moreover, the analysis shows how citizens across the EU evaluate the role of single member states, such as Germany and France, on the global stage. Touching on so many different topics, the survey is able to highlight the political contradictions shaping nowaday’s European political landscape.