The Council of Europe points at rising attacks against the media

The Platform for the Protection of Journalism and Safety of Journalists of the Council of Europe published its 2019 Annual Report. The analysis uncovers the state of the art of the (un)safety of journalists across Europe. 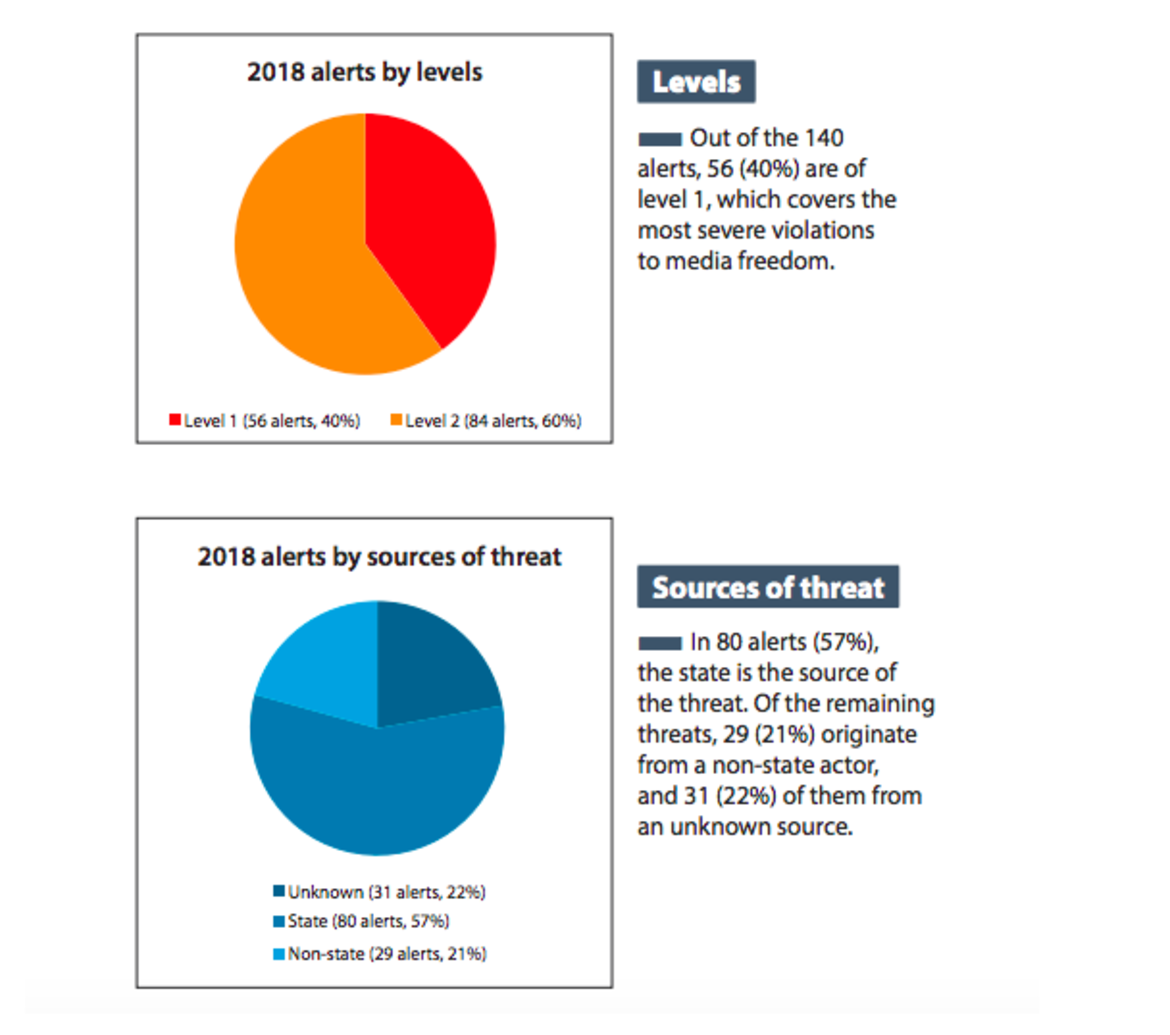 The Platform for the Protection of Journalism and Safety of Journalists of the Council of Europe published its 2019 Annual Report . The report, which is based on a coordinated alert mechanism involving 9 partner organisations, provides data on the number of attacks on journalists’s safety and integrity, recorded threats, episodes of detention and incarceration, repressive legislative acts and governmental interferences.

In 2018, 140 alerts were submitted to the Platform, out of which, an absolute majority (57 per cent) were described as state-driven threats. Hungary, Italy, Turkey and the Russian Federation are mentioned as particularly worrying countries to watch at. Since 2015, the number of alerts about serious threats to journalists’ lives “has almost doubled”, the report says.

The report stands out as it details both quantitative and qualitative data on the state of the “freedom of the press”. The fine-grained analysis enables readers to get a clear picture of the variety of attacks conducted against the media. Crucially, the study comprehends also positive examples (e.g. France) of how some countries have reacted to alerts. In the final section of the report, a set of pie charts provide an overview of the data.