Regional population structures at a glance

How is the European population structured according to its age for each subregion? A bunch of demographic scientists drew a map of Europe’s regional populations using an innovative approach of ternary colour coding. 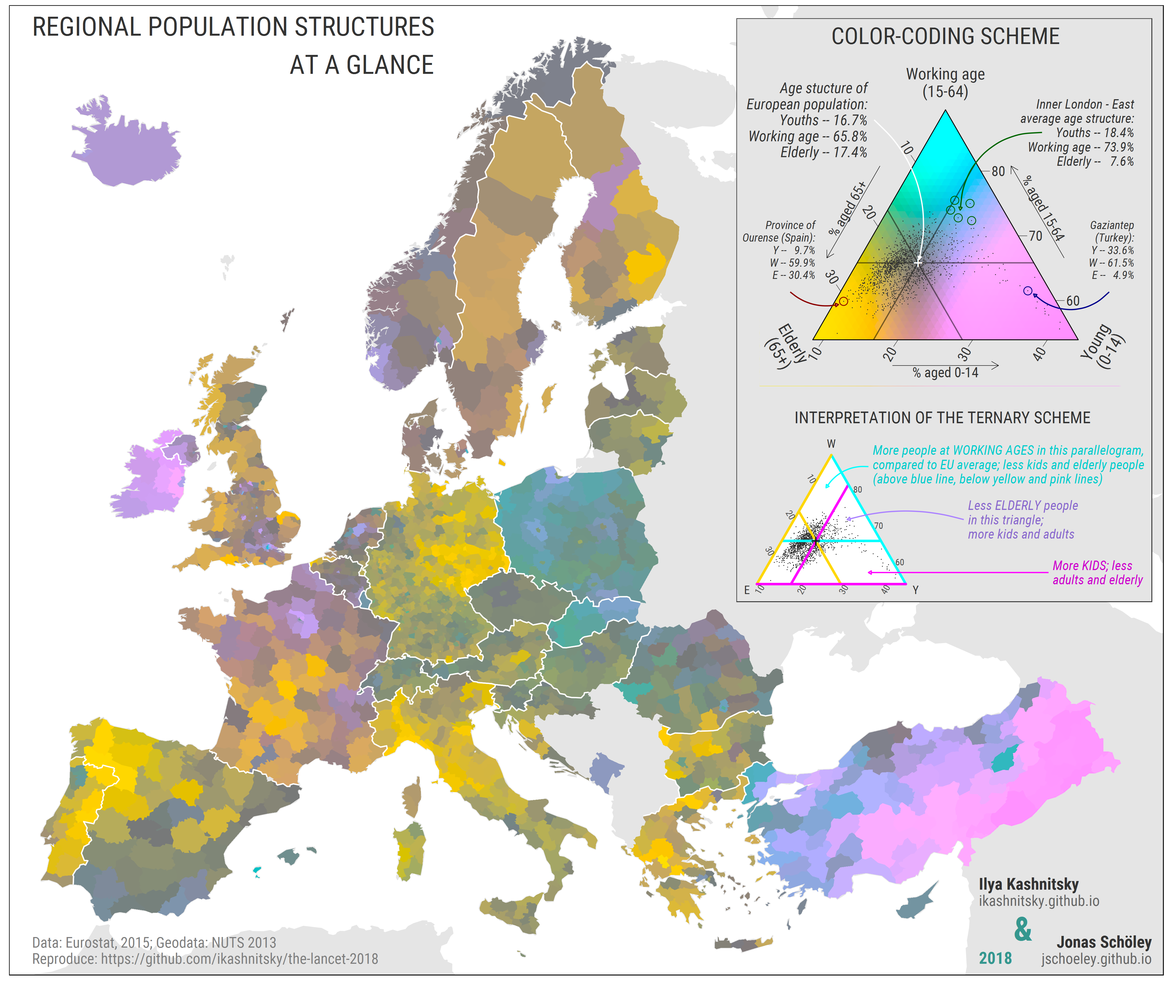 Using data from Eurostat, Ilya Kashnitsky and Jonas Schöley created a map of regional population age structures, which was published in The Lancet magazine. “The process of population ageing is not occurring uniformly in all areas of Europe and regions differ substantially”, write the authors.

“Population ageing is a major demographic challenge for humanity and the focus of discussions has always been the elderly population, with elderly people often defined as those older than a threshold—eg, 65 years or age at retirement—or with a certain number of estimated remaining years of life. But ageing is not exclusively about the size of the elderly population or its proportion of a population; ageing is a function of the entire age distribution of a population.  Therefore, to better understand ageing, we need to focus on the evolution of the age structure of the entire population, not just the elderly part”, explain the authors.

The diverse picture of the colour-coded age structure of European regions indicates the varying stages of population ageing across Europe: “Each element of a three-dimensional array of compositional data is represented with a unique colour”.

The resulting colours show direction and magnitude of deviations from the centrepoint, which represents the average age of the European population, and is dark grey. “The hue component of a colour encodes the direction of deviation: yellow indicates an elderly population (>65 years), cyan indicates people of working age (15–64 years), and magenta indicates children (0–14 years)”.