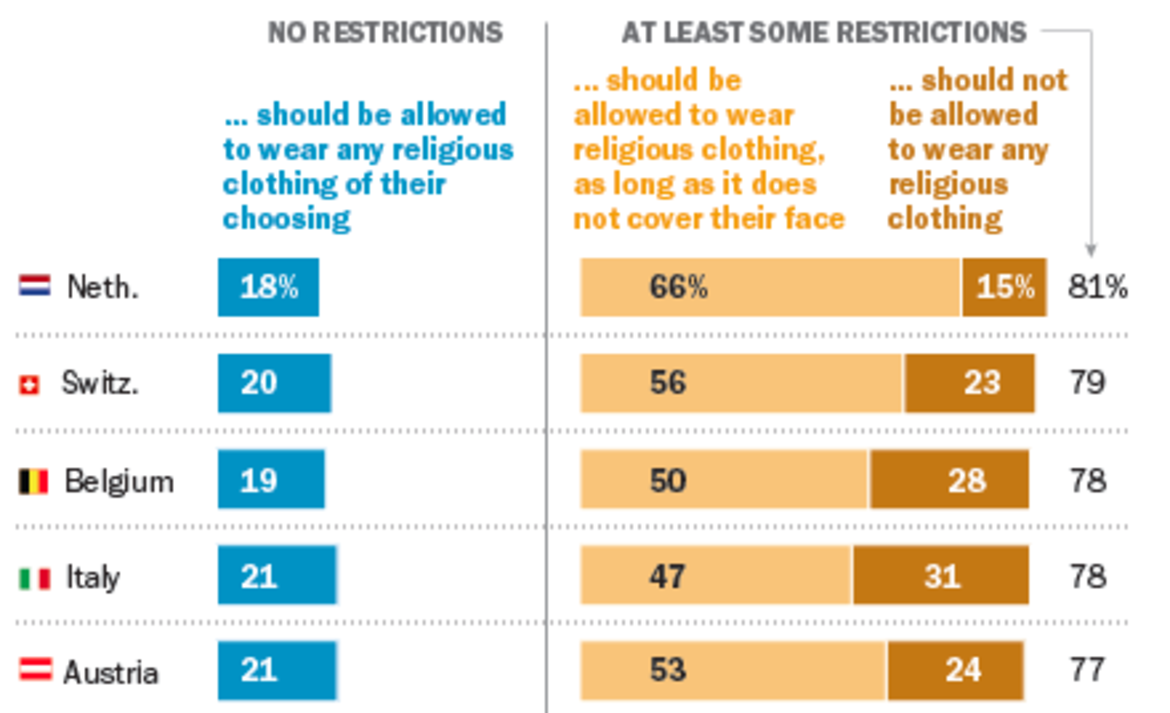 Most non-Muslim adults in Western Europe favor at least some restrictions on the religious clothing of Muslim women who live in their country, according to a recent Pew Research Center survey of 15 European countries. In some of those countries – like Austria, Belgium, France and recently Denmark, and part of Italy and Spain – it is illegal to wear face-covering veils.