Migrants in the labour market: region of origin is a key factor

There is no automatic assimilation of immigrants and their descendants into the same patterns of employment as natives, Eurofound researchers argue. 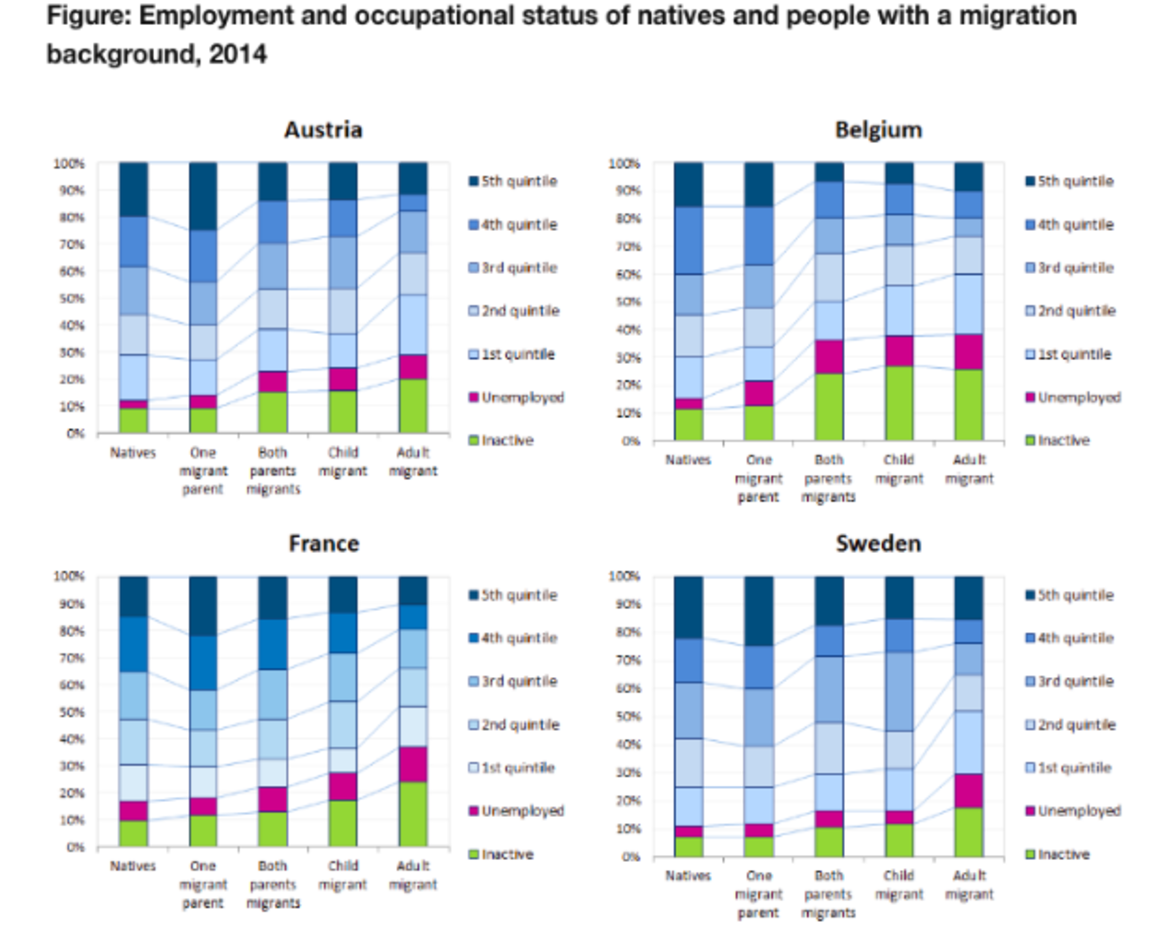 Eurofound researchers Enrique Fernández-Macías and Tania Paniagua de la Iglesia focused on how people with a migration background integrate into the labour market of their host country.

They found that the region of origin plays a bigger role than migrant status as such: “Immigrants from all regions of the world, except North America, are more likely to hold jobs lower down the occupational ladder than the native population. However, people of North African origin and women of Asian background are especially disadvantaged, because they are also much less likely to be active in the labour market at all”, they write, adding that “only women of Latin American origin have a higher probability of participating in the labour market than nationals.” Their conclusion is that “evidence suggests that there is no automatic gradual assimilation of immigrants and their descendants into the same patterns of employment as natives, with many instances of persistent disadvantage.”