MEPs on Twitter: glimpses of a transnational European debate

A study based on Twitter data highlights distinct levels of interaction between MEPs ahead of the European electoral campaign. 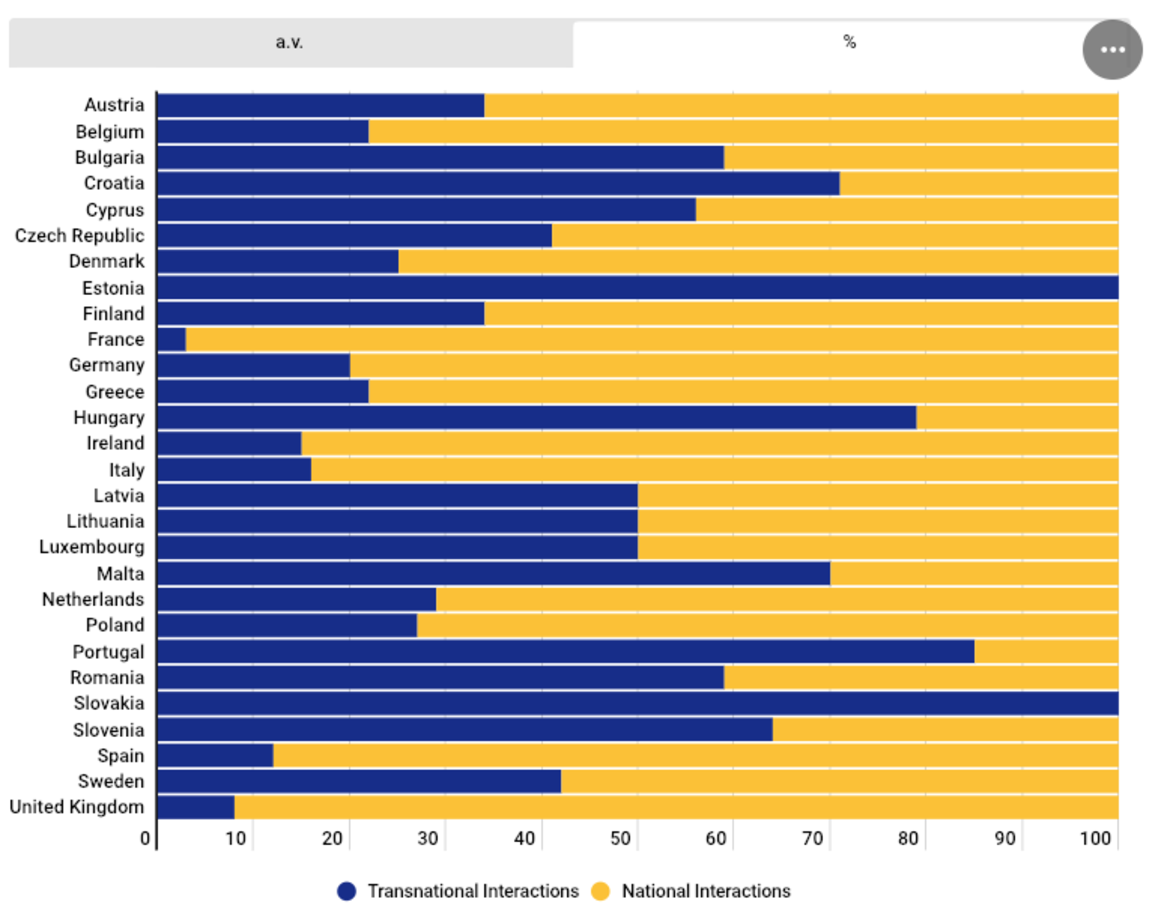 A Twitter-based study conducted by the EuVisions observatory analyses how much  MEPs of different countries and political belonging interact with colleagues across borders. The research article, which takes as a proxy Twitter replies and retweets, aims at shedding light on the state of the art of a longed-for transnational European debate.

This data-story provides a fresh perspective on the behaviour of MEPs in the online public sphere.

The data reveal that politicians of various European regions behave differently, with Eastern European MEPs reaching out relatively more to other countries rather than the other way round. Furthermore, German MEPs stand out as those with triggering the highest amount of reactions from other nationalities in absolute terms - an element that can be interpreted as a proxy for Germany’s centrality in political terms.

Looking at partisanship, both in absolute and relative terms, MEPs from the EEP Groups top the ranking of interactions directed abroad. Crucially, the GUE/NGL is second in relative terms. Nationalist forces, such as those belonging to the EFDD and the ENF groups, are engaging the least in transnational interactions.