Immigration concerns fall in Western Europe; integration is most needed

Immigration still remains a top concern for many Western Europeans, but today a large majority says it is necessary for immigrants to integrate, according to a new study by the Pew Research Center. 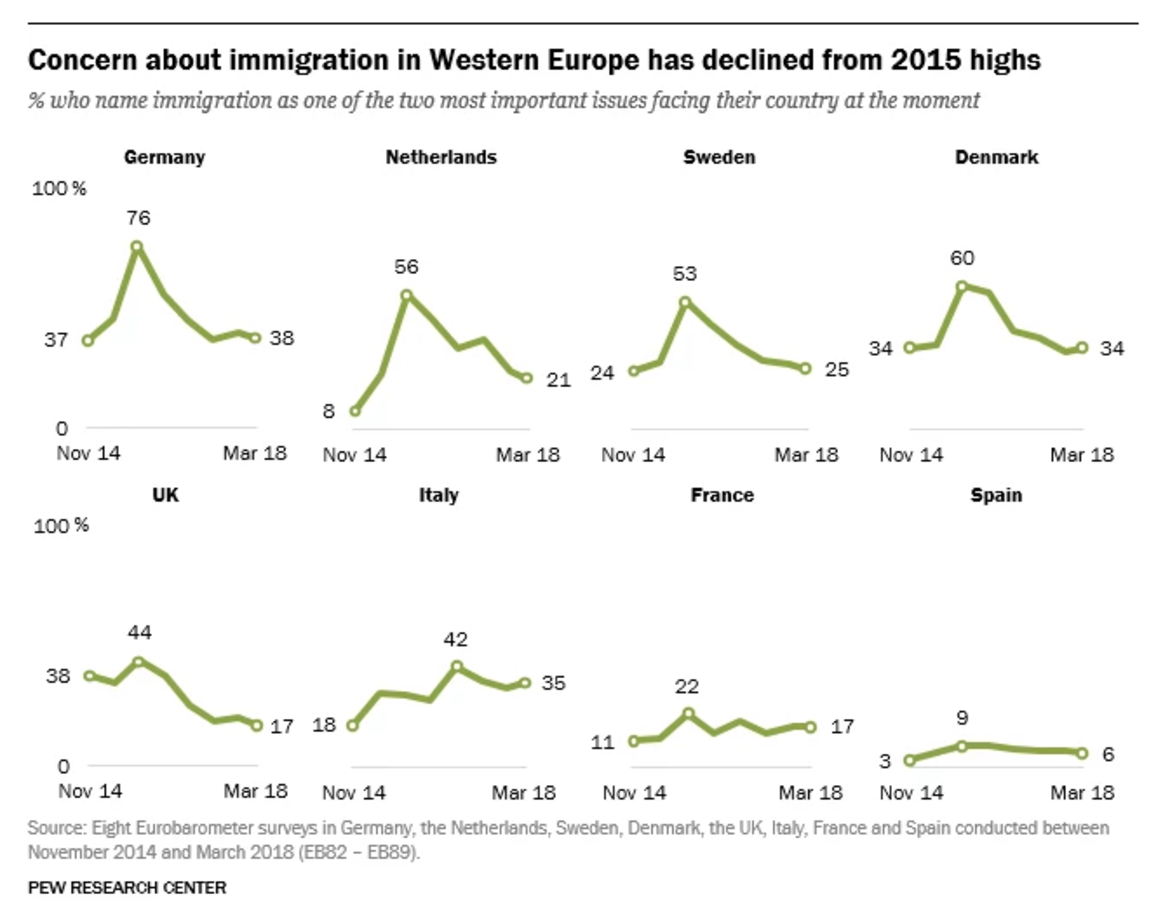 Anxieties about immigration have decreased across the EU, as immigration flows have slowed back to pre-2015 levels, according to surveys conducted by the European Union’s Eurobarometer between 2014 and 2018.

But immigration still remains a top concern for many Western Europeans: “Today, a median of 23 percent in these countries name immigration as one of the top two problems facing their country, down from a median of almost half in November 2015” says a report by the Pew Research Center published on 22 October.

Today a large majority of Western European says it is necessary for immigrants to integrate. “A major concern about immigration among people in the countries surveyed is whether immigrants will make the effort to integrate into their new country”: the top country on the list are the Unitek Kingdom and the Netherlands, with 73 percent of respondents thinking that integration is necessary, but the distance to other countries is insignificant (from 72 percent in Denmark to 61 percent in Sweden). “Majorities in all countries agreed that, for the good of their society, immigrants should adopt the country’s customs and traditions”, says the study.

Ideology plays a large role in determining many of these attitudes: people on the ideological right are more likely than those on the left to say that immigrants need to integrate but education level also affects attitudes: “In Italy, for example, around half of those with a secondary degree or less (48 percent) say immigrants are a burden on the economy, compared with 24 percent of those with more than a secondary degree.”