A new report taps into the issue of secularism in Spain. The analysis uncovers the long term evolution of the relationship between citizens and religion. 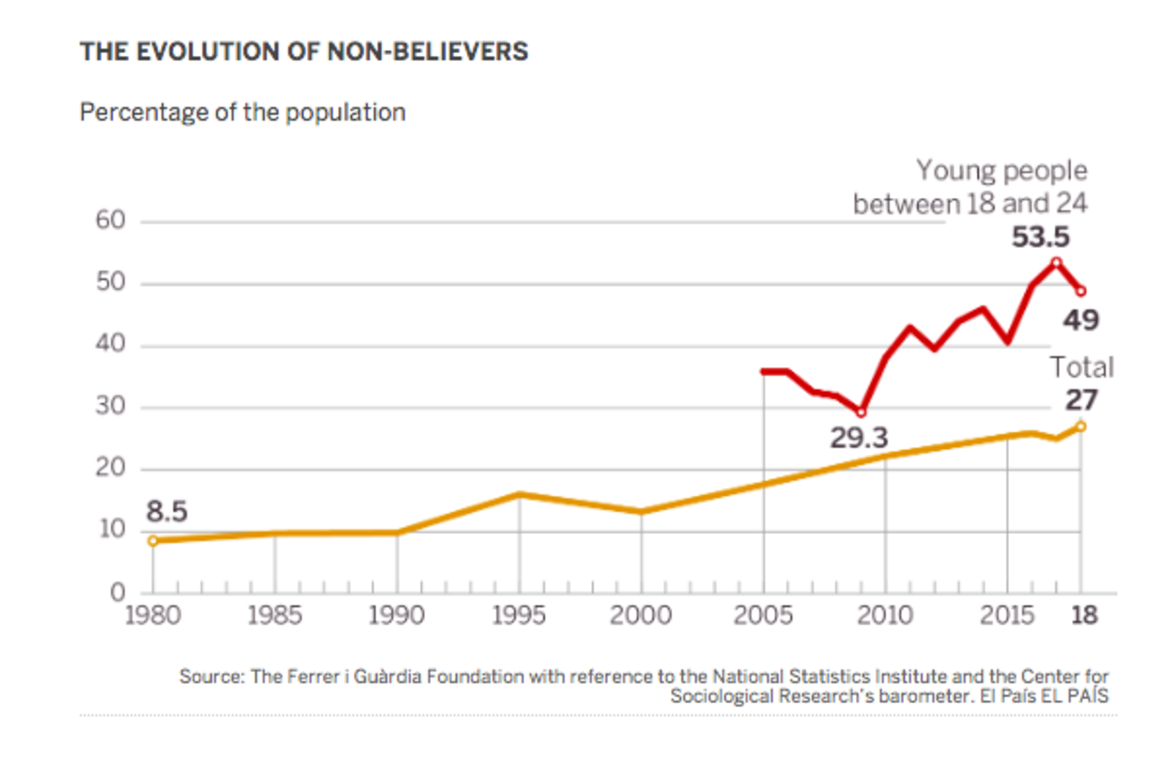 The Spanish media outlet El Pais reported the results of the study, Secularism in Figures 2018, published by the Spanish foundation Ferrer i Guàrdia.

According to the report, nowadays, a “historic” 27 percent of Spaniards are “either atheists, agnostics or non-believers.” The analysis highlights the stark differences between generations in their relationship with faith, with younger cohorts being less and less attached to traditional beliefs. Another “dramatic” evolution concerns the numbers of civil marriages vis à vis religious ones. If in 1992, 79.4% of couples married in a church, less than 30 years later, the same value dropped to 19.8%. This equals to a de-facto reversal of proportions. El Pais put the Spanish numbers in context: in Europe, according to the European Social Survey, Poland holds the highest percentage of believers, followed by Lithuania, Italy and Ireland.

The article uncovers fresh data about an often-talked-about topic, that is the secularisation of contemporary societies. The piece hinges upon a number of plain infographic contents which, however, go straight to the point of the inquiry. The analysis is simple, yet complete as it also makes reference to the European context, highlighting how national societies in the EU differ strongly in terms of their underlying value-base.