Emissions have significantly decreased between 1990 and 2015 in the main carbon emitting sectors, electricity and heating. Meanwhile, transport saw an increase of 23 percent of its emissions. 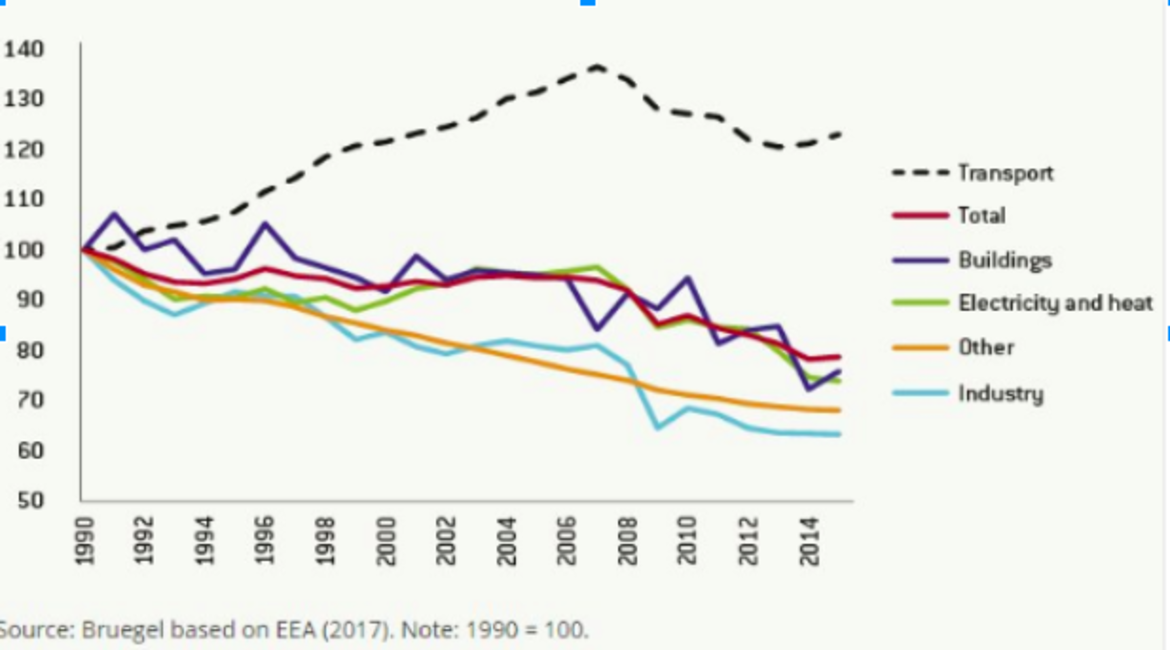 With the aim of reducing its greenhouse gas emissions by 80 to 95 percent by 2050, from its 1990 level, the European Union adopted in 2014 a binding 40 percent emissions reduction target by 2030. But whereas emissions have significantly decreased between 1990 and 2015 in the main emitting sectors, electricity and heating, by 26 percent, as well as in industry, by 36 percent and in agriculture and waste, by 32 percent, transport saw an increase of 23 percent of its emissions, warns the Brussels-based economic think tank Bruegel in a policy paper on decarbonation “Addressing Europe’s failure to clean up the transport sector ”, published on 9 April.

“Transport is therefore set to become the main obstacle to the achievement of the EU’s decarbonisation goals, especially as transport activities are expected to grow in Europe, by 42 percent between 2010 and 2050 for passenger transport” points out the think tank. Policies should mainly focus on road transport as it accounts for 73 percent of overall transport emissions.

“To achieve net-zero emissions by mid-century – as implied by the Paris Agreement – transport would actually have to be completely decarbonised shortly after 2050”, explains the Bruegel Institute, which makes a series of policy recommendations.