A recent poll by IPSOS Mori shows that protecting the environment is a key concern for European citizens. Mainstream parties running for seats in the EP should mind. 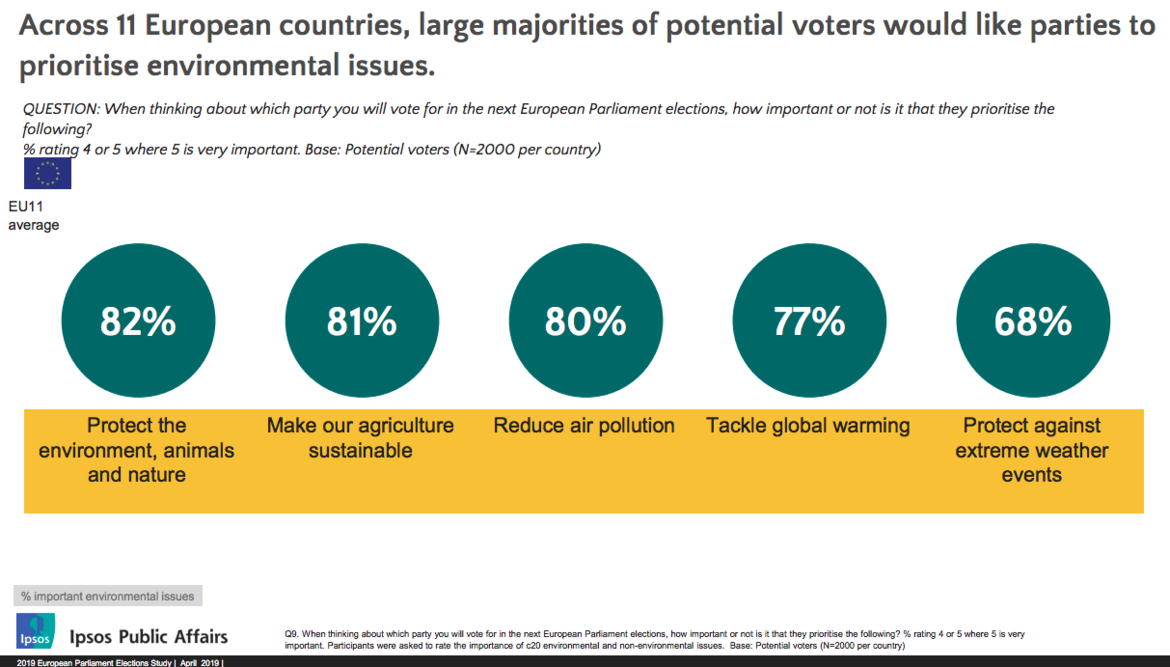 According to fresh numbers released by IPSOS Mori , the protection of the environment is a key concern of European citizens. A survey that was conducted in 11 countries of the European Union, asked interviewees how important it is that parties prioritise a set of environmental-related issues when thinking about which party they will vote for in the next European Parliament elections. Large majorities (up to 82 percent) of voters, across Member States, agreed that these issues are “important or very important”. Also, green policies appear to be a priority across generations.

The data released by IPSOS Mori disentangle the support for environmental policies across Europe. The study implies that the changes provoked, broadly said, by climate change, should be a concern to all parties and not only to a restricted number of political formations in the European Parliament and Member States. Moreover, the survey highlights how voters from different states point at different specific priorities under the general umbrella of green-policies.