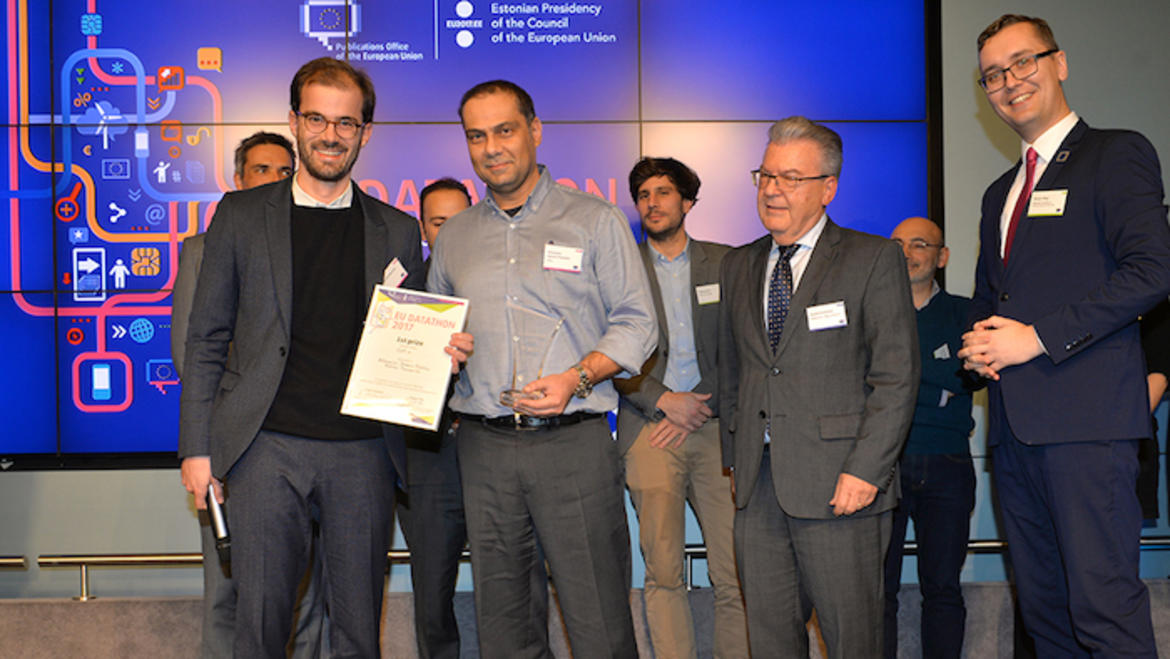 The winners of the latest EU Datathon, which looks at web applications or mobile solutions working with at least one (or more) open dataset produced by the EU institutions or agencies, combined or not with others from local, national or supranational government bodies, were announced on 16 November. Three projects were awarded, over the ten shortlisted.

The first prize went to C4P, an app that “generates intelligence about the EU market for the benefit of the public sector, companies and citizens using data science”. By collecting and displaying all the available (and updated) data on EU public procurement expenditure, it provides a helpful transparency tool both for businesses and journalists.

The second prize was awarded to Light on Europe, an app which allows to “explore any region within Europe by simply drawing it on the map – regardless of administrative boundaries.” The app renders an infographic which conveys relevant and easy to comprehend information on it.

The third prize went to Unigraph, a powerful tool for promoting transparency and accountability through “collecting, cleaning and combining open data from dispersed open data sources under a common and user-friendly layout”.