Can a graph explain the downfall of the German SPD?

Income-related data relative to the German population might explain the downfall of the Social Democratic Party (SPD) over the past 15 years. 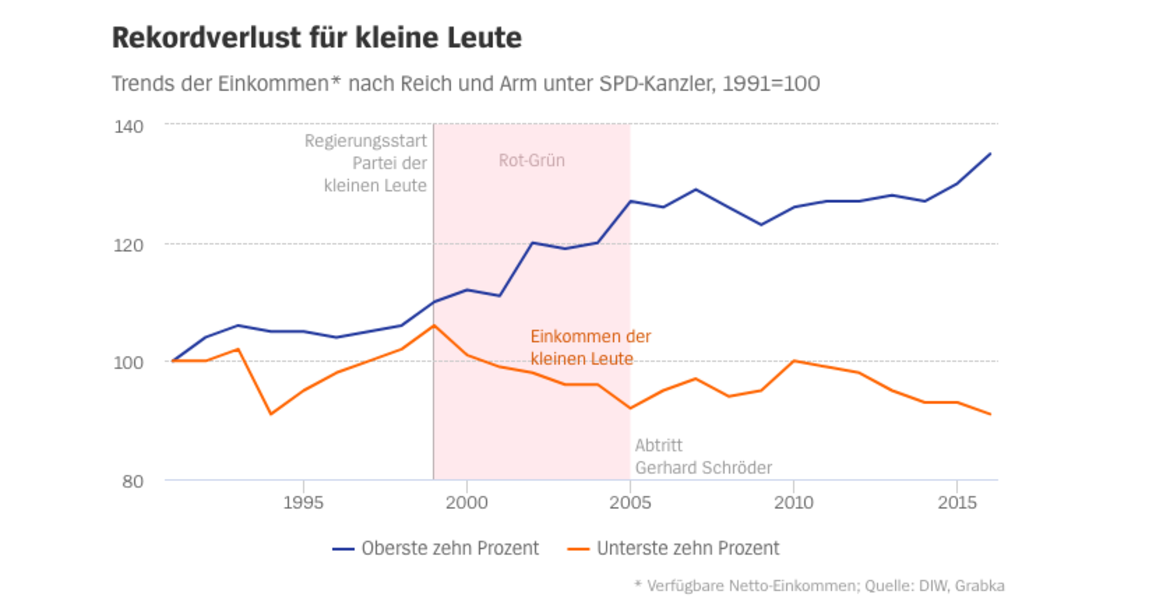 The leadership crisis within the German Social Democratic Party (SPD) has been one of the most significant side-effects of the EU Elections of May 26. As the SPD came third behind the Green party - a historical result - Andrea Nahles, the President of the party stepped down after only one year of carrying the leadership. In a column published on Der Spiegel Online , Thomas Fricke shows how a single factor - namely the evolution of the net income of the richest and poorest 10 per cent of people living in the country - could explain the ongoing fall of the SPD and the latest shock-wave linked to Nahles’ resignation.

The data appear to show that the six years in which the SPD held the reins of power (1999 - 2005) coincided with a historic shift in the distribution of economic resources between the richest and poorest strands of society. Crucially, Fricke mentions that also other pointers, such as the GINI coefficient and indicators for measuring people at risk of poverty, give back the same picture. As a consequence, he argues that the challenges ahead of the SPD are far from being related to questions of “leadership” only.