Asylum seekers in Europe: the "preferred" destination is Germany

Matteo Villa has analyzed the Eurostat data on the transfers of asylum seekers within the EU, in keeping with the Dublin Treaty. 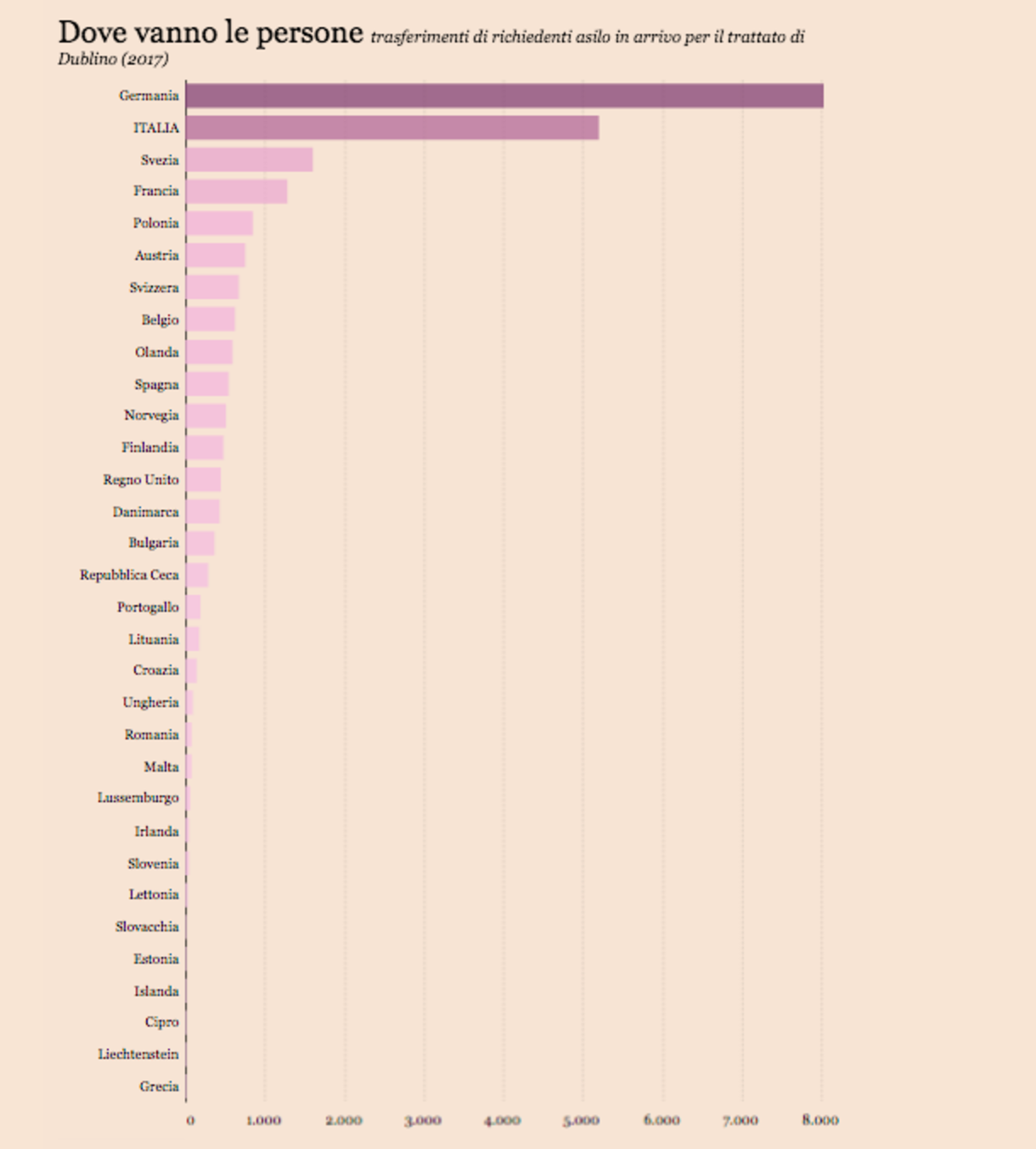 Matteo Villa, researcher at the Institute for International Political Studies (ISPI ), has analyzed the Eurostat data on the transfers of the so-called Dublinati in 2017 for the business newspaper Il Sole 24 Ore , to reconstruct the size of the issue.

The first country to which asylum seekers are transferred is Germany, closely followed by Italy. In the last three years , the countries that have received the most applications are Germany, which has had 1.4 million asylum applications, against about 330,000 in Italy and 220,000 in Sweden.

This work puts the movements of asylum seekers back into a European dimension, highlighting on the one hand the limits of the system in force (Dublin) and showing on the other hand how, despite these limits, EU countries involved in the management of the phenomenon have different policies.