Some 10 percent of Austrian citizens agree with manifest anti semitic statements or question the existence of the Holocaust. 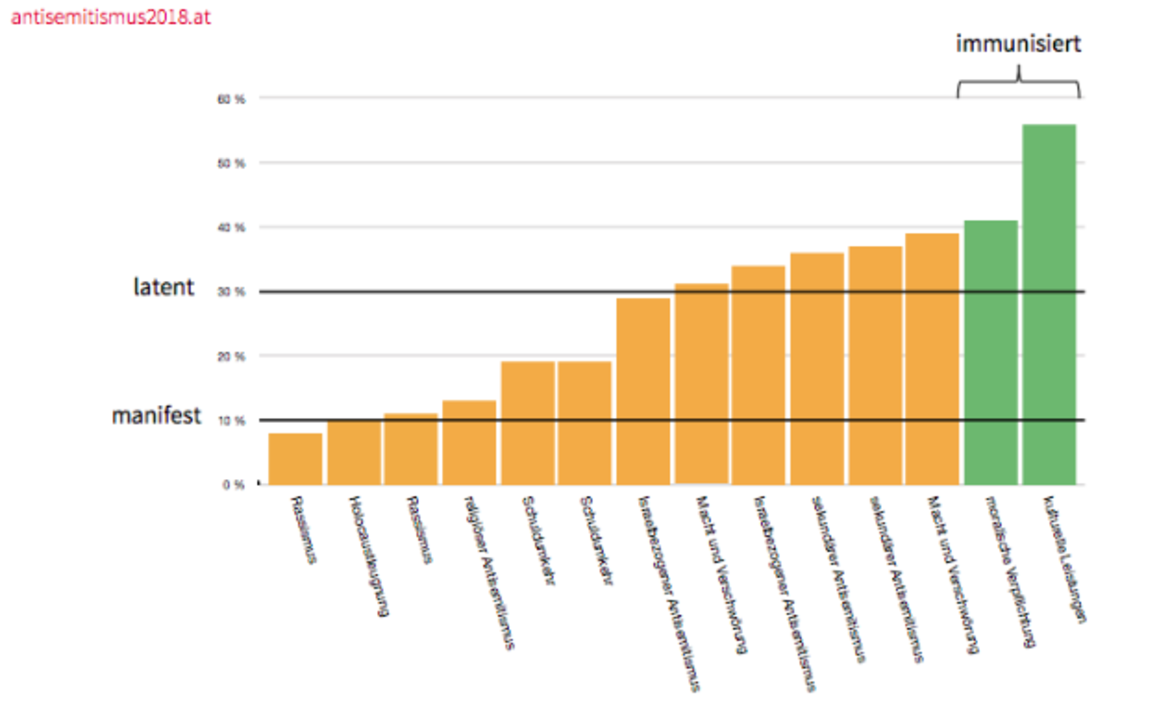 Research institutes IFES and Demox conducted a survey on the issue of antisemitism in the Central European country.

According to the analysis which was commissioned by Wolfgang Sobotka, the President of the Austrian National Council, some 10 percent of Austrian citizens agree with manifest anti semitic statements which are either based on racist beliefs, or question the existence of the Holocaust. Numbers related to other forms of antisemitism, labeled as “latent antisemitism” (those linked, for instance, to the political role of Israel nowadays), are much higher, coming close to an agreement rate of 30 percent. The study provides comparative data as it targets Arabic- and Turkish-speaking citizens, besides the general population. Last but not least, the analysis casts a light on the long-term evolution of anti semitic views in Austria.