A dashboard that forecasts the next European Parliament

With the departure of the British, the European Parliament will have 705 deputies instead of the current 751. How many groups will they be divided into? 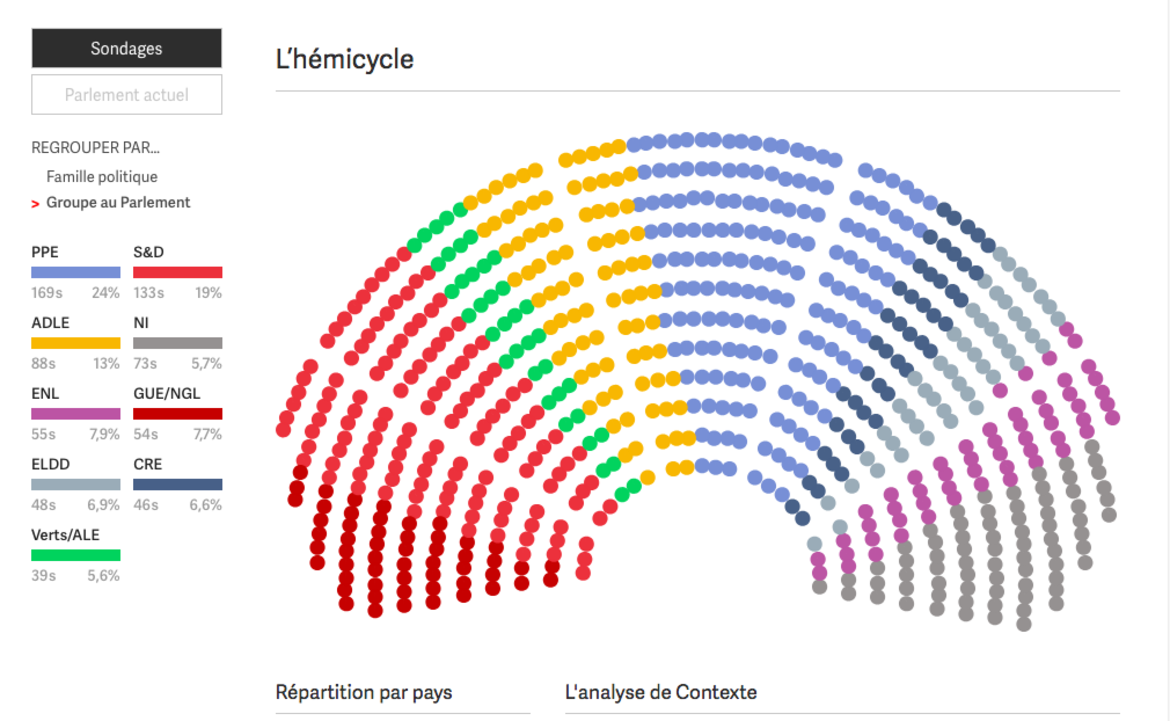 With the departure of the British, the European Parliament will have 705 deputies instead of the current 751. How many groups will they be divided into? What will be their political orientations?

To understand the election and its consequences on European political life, French policy news website Contexte gathers more than 200 surveys across the EU and displays the resulting distribution of seats between parties and political groups accordingly in election donuts, maps and treemaps. This tool, which gives an unique real-time overview of the balance of power between all the parties running in the European elections, will be updated daily until the end of the election process, on May 26, 2019.

Data relating to the current Parliament were retrieved from its official website at the end of October. Survey data are retrieved daily from the Poll of Polls site. For each country and each party, Contexte calculates the weighted average of the score obtained: the older a survey is, the less weight it will have in this calculation. Only surveys less than two months old are taken into account. The vote is then simulated using the methods of distribution of elected representatives by proportional list voting in force in each Member State.