The Balkan Peninsula faces a wave of thousands of hydroelectric projects that would block pristine, free-flowing rivers and cause major environmental damage altering the regional ecosystems. 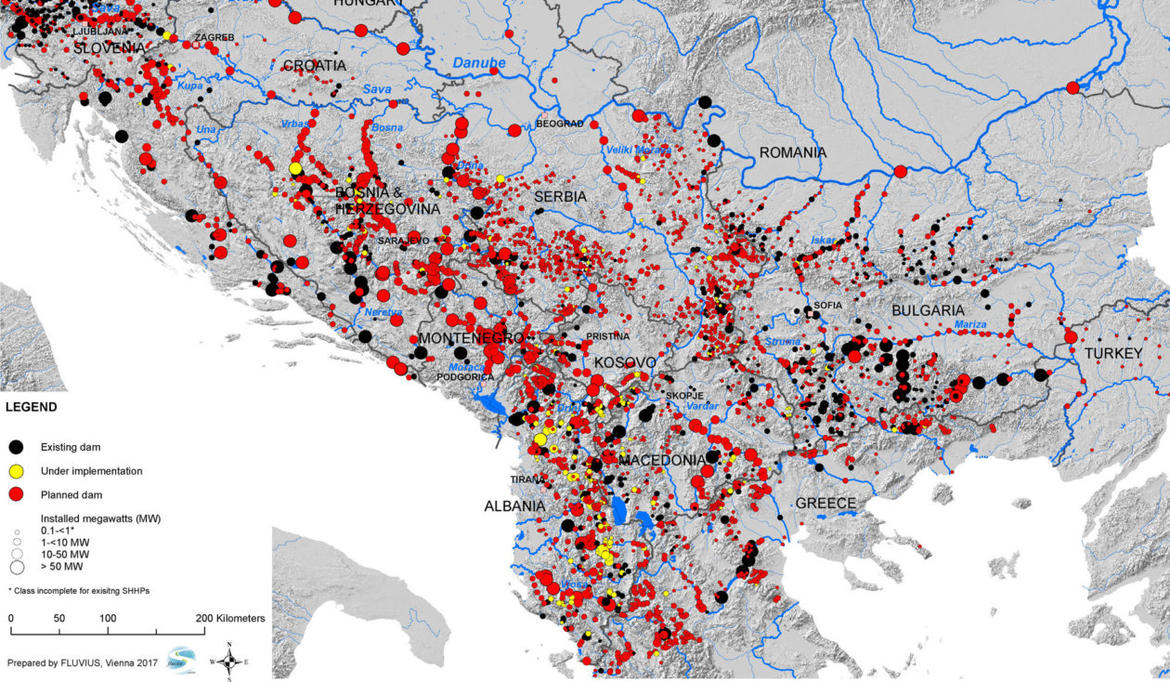 Published at the Yale School of Forestry and Environmental Studies, this article by Paul Hockenos reveals the worrying development that sees the Balkan Peninsula facing a wave of thousands of hydroelectric projects that would block pristine, free-flowing rivers and cause major environmental damage altering the regional ecosystems.

Bosnia alone, the text explains, may see the building of around 250 hydroelectric projects in the near future while the whole region, from Slovenia to Greece, may see the rise of nearly 2,700 dams.

This work is based on data collected by Vienna-based NGO RiverWatch and German environmental group EuroNatur.

Adopting a regional approach, this works successfully couples a narrative approach with quantitative data, tackling both the magnitude of the phenomenon and its impact on the local population. It gives space to scientific opinions as well as giving voice to locals who oppose hydro-power plants.

The article also successfully highlights the role that in the development of these project is played by international and EU climate protection measures, as well as by the European Bank for Reconstruction and Development (EBRD), which is the largest renewable energy investor in the region, is currently investing 240 million euros in 51 hydropower plants in the western Balkans.