While climate change may be drawing the attention of the public, MEPs’ twitter profiles seem to find relatively little room for it. 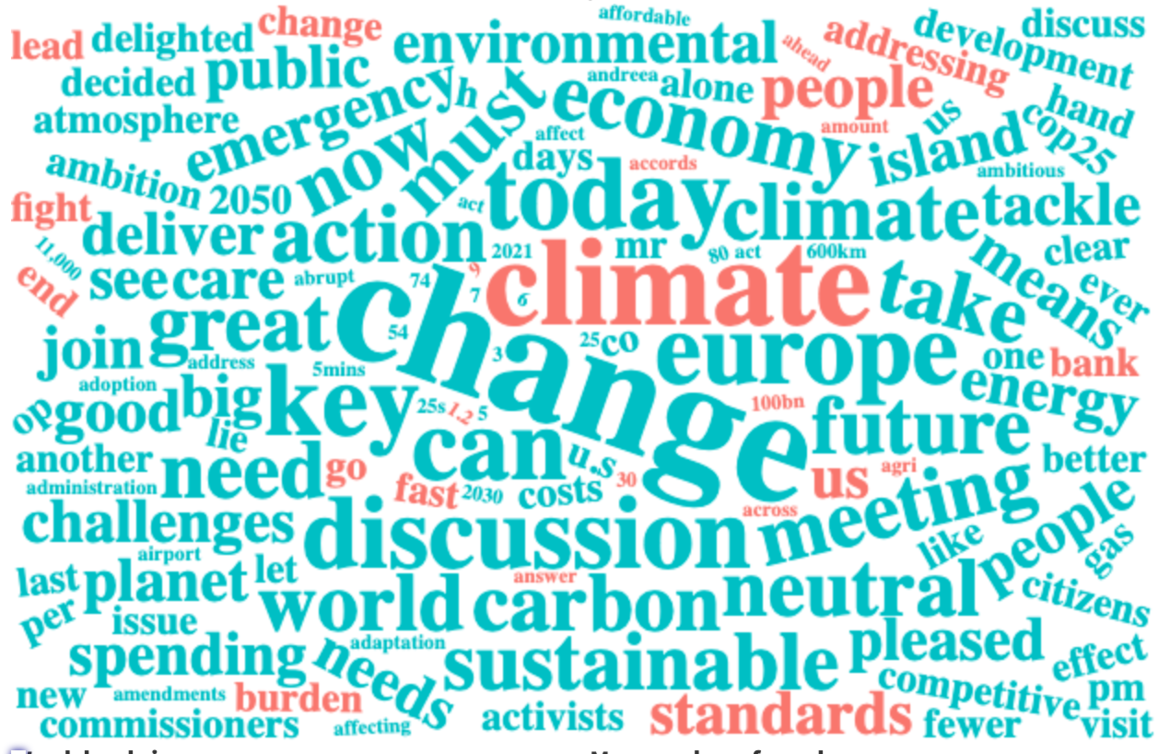 The world-wide awareness campaign recently given a push by Greta Thunberg and the Fridays For Future movement has brought climate change to the centre of the political stage. The vast majority of European journalists have started to talk about the climate emergency with unprecedented frequency, helping to draw the interest of the wider public.

In reality, the fight against pollution and unsustainability has been at the heart of the European Union agenda for many years, and consensus among the largest parties seems virtually unanimous. Nevertheless, on social networks, some groups within the European Parliament draw far more attention to global warming than others. For example, the Greens – who saw their representation in parliament rise by almost fifty percent in the last election – make the subject a cornerstone of their political engagement. Quote Finder shows that it’s members of the Greens/EFA parliamentary group who tweet the most about climate change: over the last month, 15 out of 74 MEPs (20 percent) tweeted messages containing the hashtags #ClimateChange and #ClimateEmergency.

Renew Europe are also among the most active groups in this regard, with 15 out of 108 MEPs (13.9 percent) posting relevant tweets, as well as United European Left with 5 out of 41 MEPs (12.2 percent). On the other hand, only 7 out of 154 (4.5 percent) of S&D MEPs and 6 out of 188 (3.3 percent) EPP MEPs tweeted about climate change. MEPs from the more right-wing groups, ID and ECR, posted no tweets using the aforementioned hashtags.

There is thus a clear rift between the Greens and the right, but also between the right and all the other groups in the European Parliament. If the fight against climate change is highlighted in the twitter feeds of MEPs ranging from left to centre-right (albeit with the frequency decreasing along the spectrum), the more identitarian groups seem intent on focusing their political message on other questions.