Carcinogenic water in the Danube region 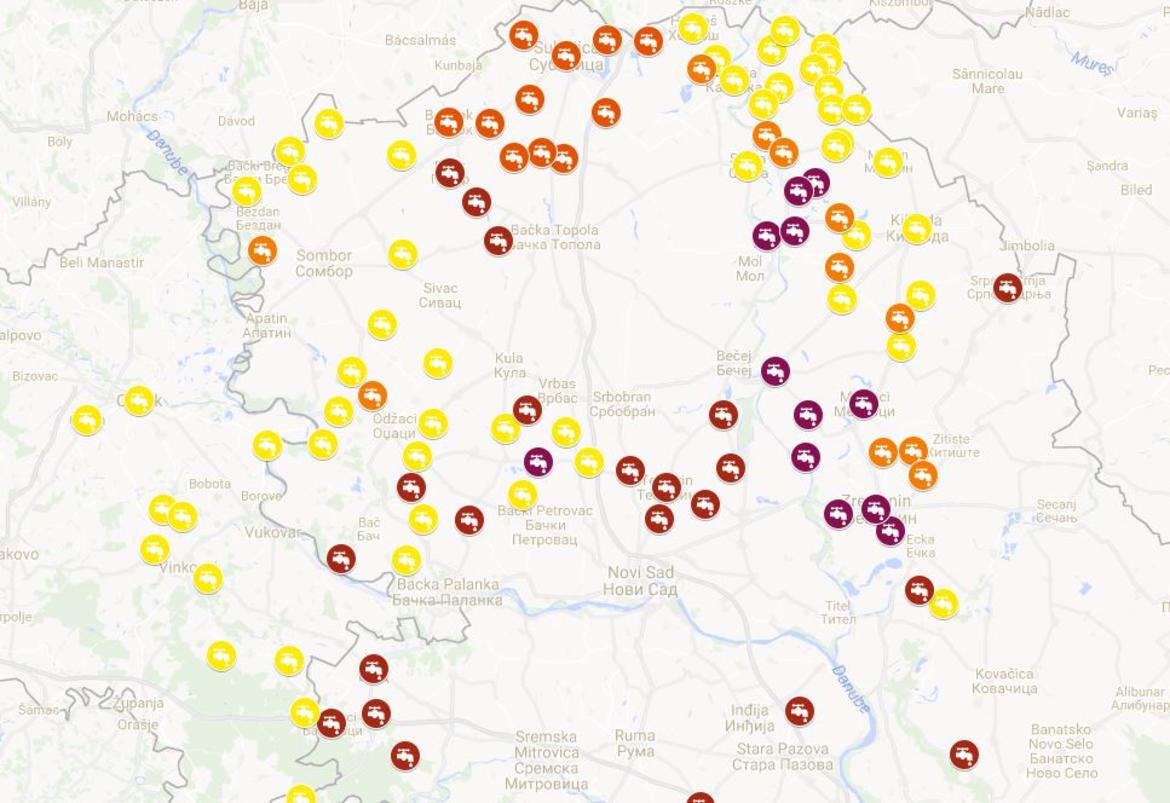 Data and evidence uncovered by journalist Milos Stanic for the Balkan Investigative Reporting Network reveals that around 923,000 people are exposed to carcinogenic water from public networks across eastern Croatia, northern Serbia and southern Hungary. The problem is particularly serious in the Vojvodina province of Serbia.

Data were collected through freedom of information requests and other requests to water companies, offices of public health, and local authorities, and they were complemented by interviews. The story looks at both the responsibilities for and possible solutions to the excessively high levels of arsenic in tap water in the region.

Data and investigative journalism can really make a difference in countries where the levels of authorities' transparency and accountability are not too high. This is especially important where people's health is at stake. In addition, the article is a good example of combination of data analysis with field reporting. It is also notable for its transnational character, both in terms of the object of investigation and of the languages in which the story is published.