The EU has signed a free trade agreement with Japan

In December the European Parliament approved a trade agreement with Japan. But, as the tweets of various MEPs show, criticism is hardly lacking. 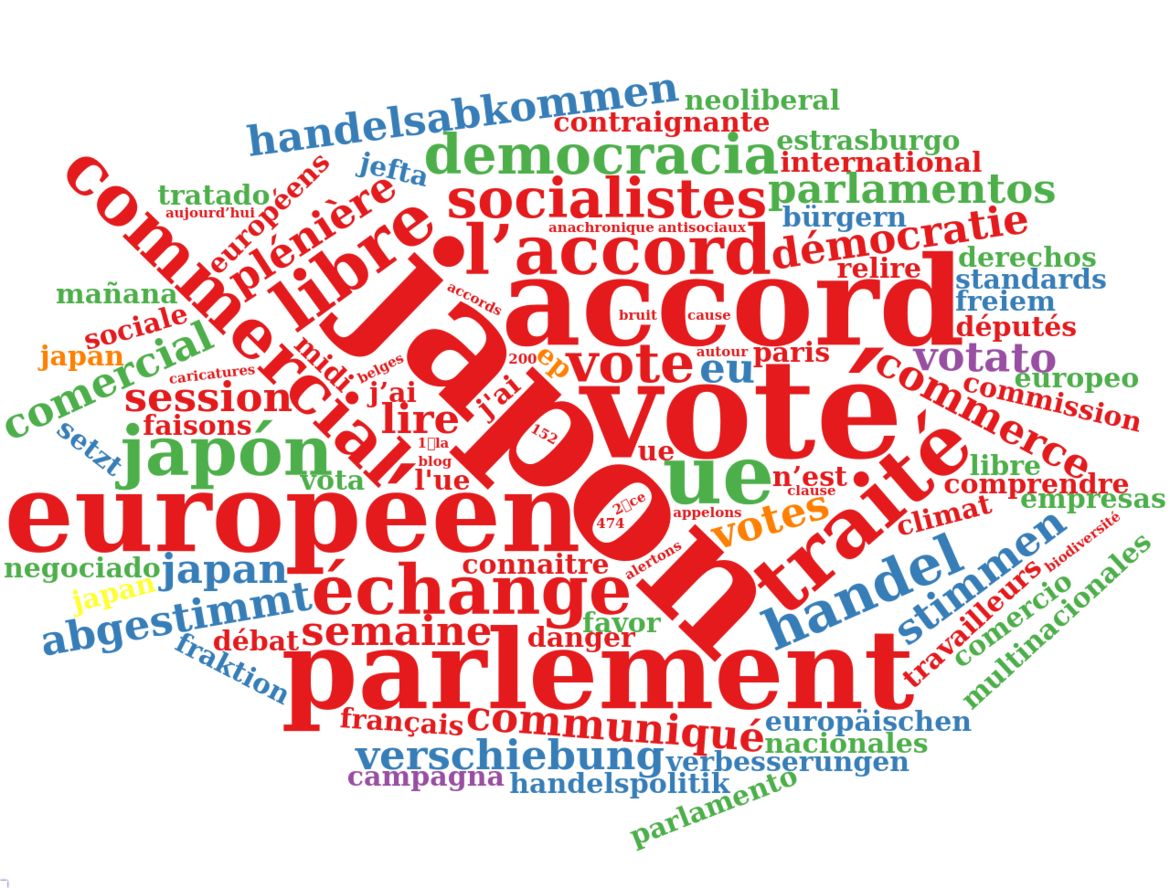 This article relies on the possibilities for research and analysis provided by the Quote Finder tool developed by EDJNet, allowing users to track the Twitter activity – tweets, hashtags – of every MEP.

Negotiations began in 2013, and finally an agreement was signed in December, taking effect this February. The European Union has signed a free trade agreement with Japan, a country defined as “the second largest Asian trading partner after China” in the informational material published by the European Commission. Europe, on the other hand, is Japan’s second largest trading partner at the global level. The agreement will save businesses significant expenses when it comes to custom duties, according to the same document . For example, up until now, European businesses have had to spend around 1 billion euro per year to be able sell their goods in Japan.

Nevertheless, support for the new trade agreement is hardly unequivocal. The hashtag #jefta – Japan-Europe free trade agreement – was used by various MEPs tweeting in various languages, as can be seen with EDJNet’s Quote Finder .

Many tweets greeted the news positively, but there was also plenty of criticism. Some MEPs, however, were rather severe in their judgement – for example, the hashtag #stopjefta was used by the MEP Xabier Benito Ziluaga (GUE-NGL) as he accused the European Union of having negotiated a trade deal in complete secrecy, claiming that national parliaments could not even debate or amend it.

“The multinationals really have something to celebrate”, tweeted Marina Albiol, again from GUE-NGL, predicting the harmful impact of the agreement on democracy, the environment and public services.

Indeed, GUE-NGL have published a statement on their website which reads: “We reject this free trade agreement with Japan and we demand fair and ethical trade, not free trade”. According to the MEP Helmut Scholz, in Europe “many are losing their jobs due to the increase in competition from Japanese businesses in the automotive sector”, while on the other hand, in Japan “the importation of much cheaper agricultural products from Europe will result in [...] more unfair competition for Japanese farmers, especially small farmers”.

The free trade agreement concerns a large number of sectors, from agri-food to industry, including production and commerce, for example processed foods, chemical products, machinery, vehicles and services of various kinds. Official estimates speak of a possible growth of 13% in annual European exports to Japan, at a value of around 13 billion euro per year. Particularly positive are the predictions for specific sectors such as food, for which an increase of 51% in exports is expected – about 1 billion extra each year. For cheese and textile products specifically, it is suggested that businesses in Europe could triple their business (with respective increases of 729 million and 5.2 billion). Besides all this, facilitation is promised to Japanese businesses on EU territory, which provide work for more than half a million people.

Many MEPs limited themselves to merely announcing the signing of the agreement, but Franck Proust (EPP) instead responded to critics, asking that they avoid caricaturing the agreement: