“Reverse 112”, a new public alarm system for the EU

In the event of of natural disaster or major emergency, authorities can send alerts or guidance to the population concerned, using the geolocation systems available on all smartphones. 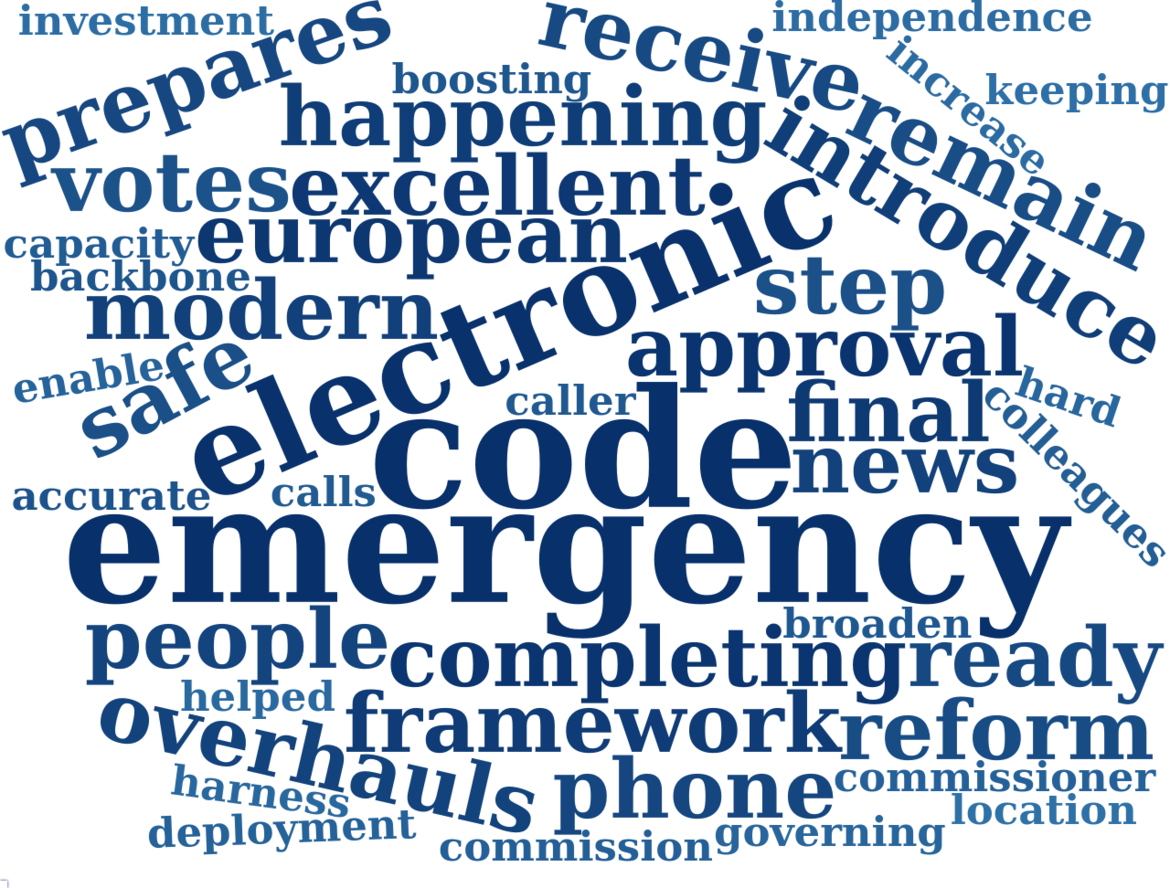 The so called “Reverse 112” system is one of the innovations introduced in the new code for telecommunications, approved mid-November by the European Parliament.

You can track this news by following the hashtags used by MEPs on Twitter, gathered through EDJnet's Quote Finder  di Edjnet. In this case, it was #eecc.

The overview  published by the European Parliament reads: “[The] Parliament strongly supported a ‘reverse 112 system’, based on improved geo-location localisation tools, which would enable national authorities to send alerts to citizens in case of imminent disasters and emergencies.”

The new European code also deals with a number of other matters, such as consumer protection: “Telecoms providers would need to use encryption to better protect users against security incidents. All citizens should have access to adequate broadband, enabling them to use services such as eGovernment and video calls. To help consumers, the code would improve monitoring of the use of time or volume billed, ensure equal access for disabled consumers, facilitate the comparison of offers, switching operators (including transfer of remaining credits and easily keeping the old number) and give a right to compensation in case the switch takes too long”.

Dita Charanzová of the ALDE group was one of the MEPs who expressed their satisfaction with the code on Twitter .

The #eecc hashtag, which stands for “European Electronics Communications Code”, was tweeted by many MEPs during the week of the vote. They also shared an information video, as well as the adopted text and overview .

All of these messages can be tracked using EDJNet’s Quote Finder tool.