Mark Zuckerberg had nothing new to say, while MEPs seemed determined to introduce new regulations. Those interested in the future of social media may do well to tune their antennas to Brussels rather than to Facebook headquarters. 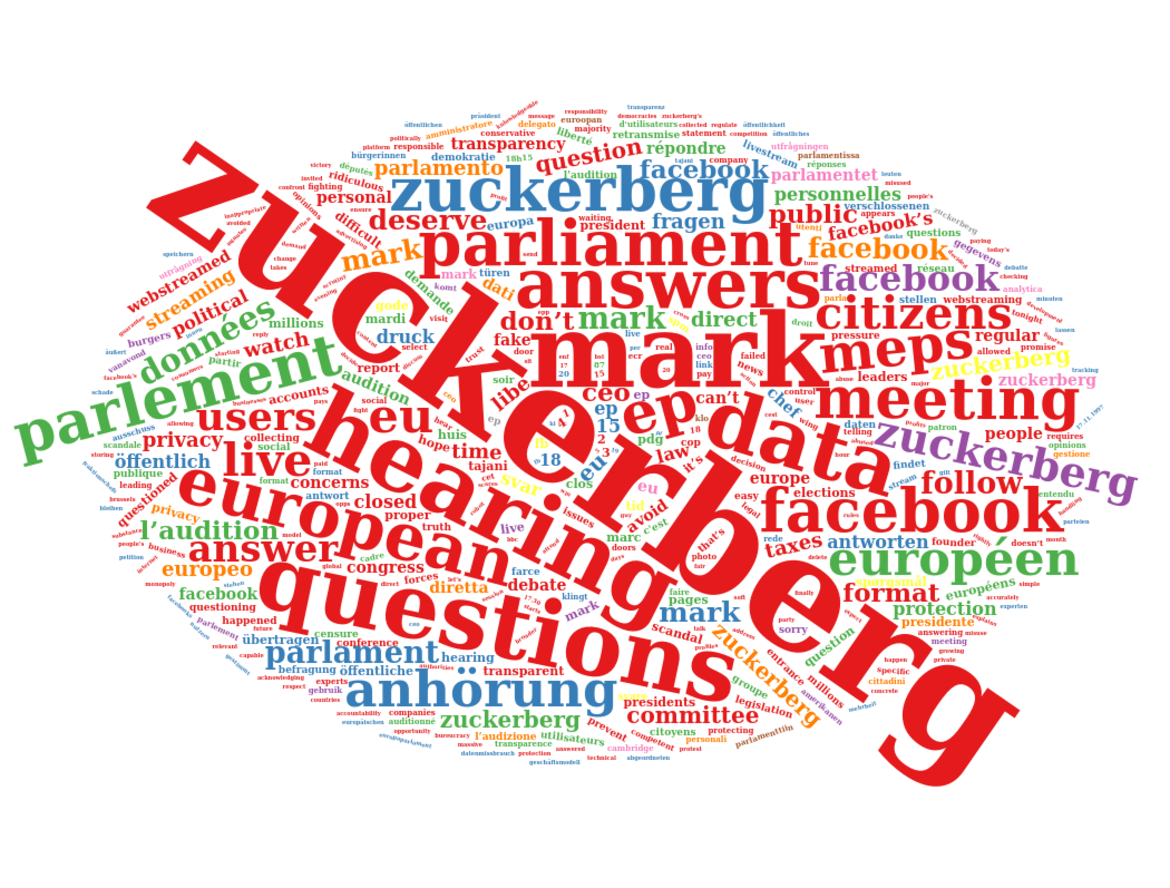 Mark Zuckerberg's visit to the European Parliament has raised substantial interest among MEPs, with 133 MEPs mentioning the name of the Facebook CEO on Twitter yesterday. He may well have been ushered in through the entrance usually reserved for heads of state, as pointed out by MEP Ana Gomes (S&D group), but he was certainly not welcomed with deference by the MEPs who asked him questions.

Another ridiculous development: why was #Zuckerberg ushered in #EP via Heads of State/Gov entrance and not via the regular EP entrance for MEPs and regular visitors? Why treat him as a Head of State/Gov, @EP_President? https://t.co/Z1cxDc4HHG

For anybody who attended the meeting or followed it in live streaming, it was immediately obvious that the format of the event was absurd: representatives of EP groups took about one hour to ask dozens of questions all together, thus allowing Zuckerberg to cherry-pick topics and, ultimately, avoid answering them. Indeed, none of the 13 MEPs who commented on the format had anything good to say about it.

Dissatisfaction with the format led to rumblings from MEPs at the end of the meeting that were loud enough to steal a promise from Zuckerberg to answer in writing to questions asked by MEPs (at that point, the Facebook CEO looked willing to do anything to get safely out of the room as soon as possible).

Today's pre-cooked format was inappropriate & ensured #Zuckerberg could avoid our questions. I trust that written answers from Facebook will be forthcoming. If these are not accurately answered in detail, the EU competition authorities must be activated & legislation sharpened.

None of the MEPs seemed to be particularly impressed by Zuckerberg's apologies, nor by his commitments to create new workplaces in Europe. Even Nigel Farage (EFDD group), a strong supporter of Brexit who highlighted the importance of Facebook and other online networks in allowing people "to get around the back of mainstream media" thus making possible electoral results such as Brexit, Trump, and the recent Italian elections, ultimately harshly criticised the platform for discriminating against people and groups with "right of centre" opinions by censoring them or limiting their visibility on the platform.

In a way, however, the awkward format that left more time to MEPs than to Zuckerberg may have been appropriate. As appeared from his opening statement, Zuckerberg did not really have anything new to say about the future of social media. MEPs, on the contrary, not only demonstrated awareness of major issues in this space, but also pointed at some aspects that may be tackled through new regulations in the next few years. The increased consensus among MEPs of all political colours on the need to regulate companies such as Facebook and perhaps break their monopoly – as pointed out by MEP Manfred Weber (EPP group) – is the real news coming out of yesterday's meeting.

@EPPGroup @ManfredWeber to Mark Zuckerberg: “It is time to discuss breaking Facebook’s monopoly because it’s already too much power in one hand.”