The Spanish media outlet El Diario covered the 2019 Spanish budget with a set of infographic contents. 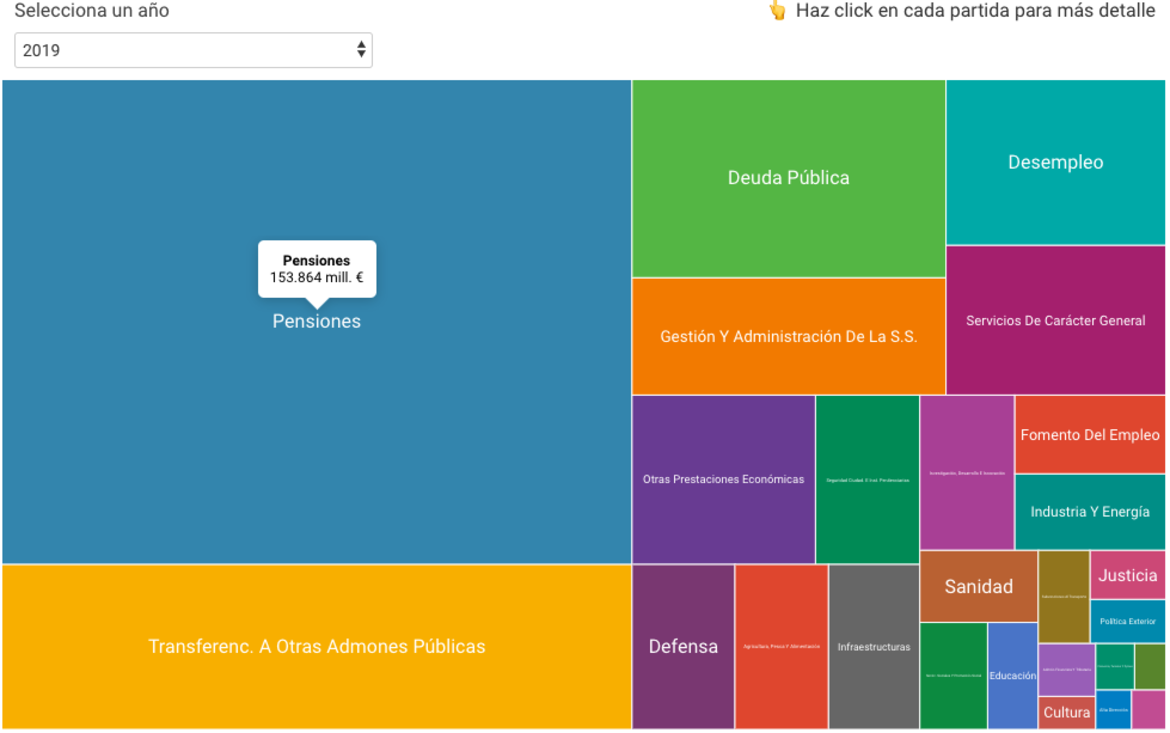 In the context of the ongoing European Semester governance process, a majority of EU-member countries approved their national budget laws by the end of 2018. Instead, the Spanish government presented a provisional version of the Spanish 2019 budget law only on 14 December. The bill is set to be approved in January with a vote scheduled for February 12 and 13.

As the allocation of financial resources was unveiled, a set of journalistic stories dealt with the political negotiations which are deemed to be crucial to grant the current PSOE government a majority in the Parliament. However, the Spanish media outlet El Diario covered the news as well with a set of infographic contents.

In a first data-driven content, Raúl Sánchez, Ana Ordaz and Pablo J. Álvarez used a treemap chart to highlight the relative composition of the provisional law breaking down the overall budget into the different chapters. The chart is interactive, and the user can iteratively dig into the single sections to explore following budgetary divisions. Also, users are invited to compare the provisional law for 2019 with precedent budget laws through a dropdown menu.

In a second story, Raúl Sánchez and Ana Ordaz make use of a set of 10 charts to explain in depth the 2019 budget law, describing in detail the characteristics of the bill.

This work provides an exhaustive overview of what can arguably be defined as the most essential law approved by the Spanish Parliament on a yearly basis. A majority of stories in Spanish media dealt with the topic by focusing on the political negotiations behind the scenes. On the contrary, these stories use a factual approach and outline data in a transparent fashion, providing an accurate journalistic service to readers and its citizens. This is an excellent example of how data-driven articles can lay the ground for informed public debates.