Italy’s general election on March 4th left the country allegedly split along the North-South divide, but differences are not so wide when looking at the local level, as Il Sole 24Ore shows. 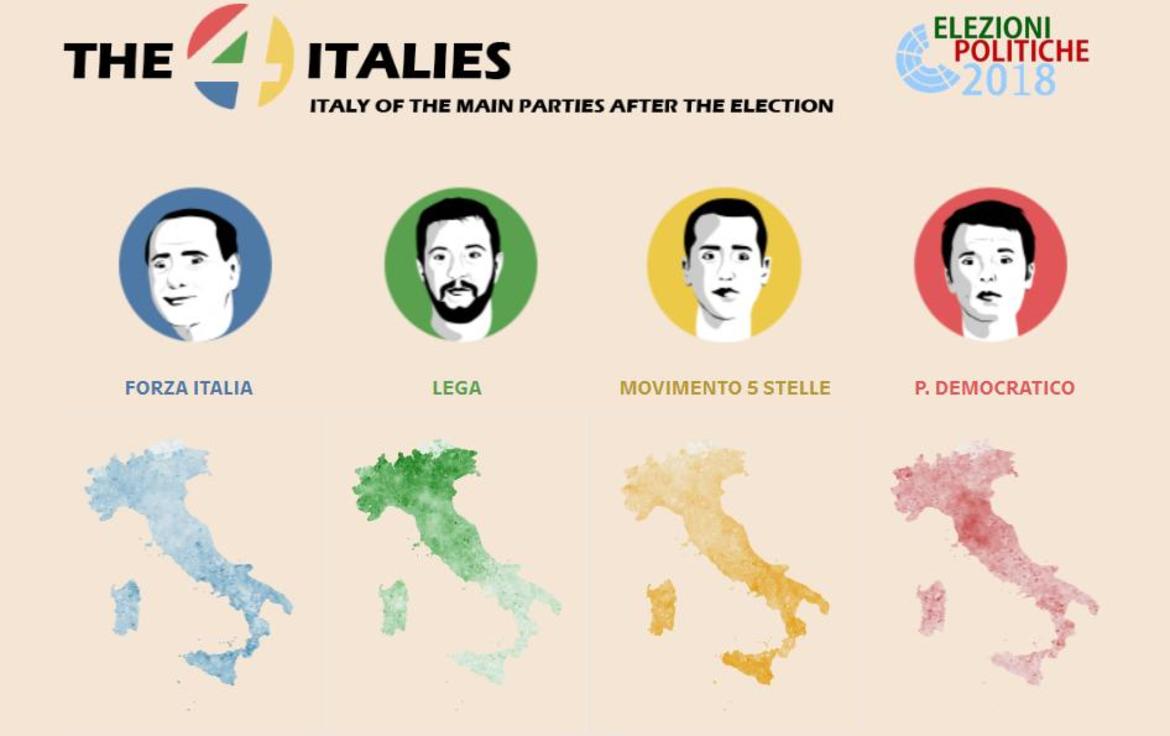 The results of Italy's general elections have been described by most commentators as pointing to a deep cleavage between the Northern and Southern regions of the country, with the former supporting the centre-right coalition and the latter massively endorsing the Five Stars Movement (M5S). Yet, as highlighted in this infographic , the divide is not so clear cut.

This work by Filippo Mastroianni for Il Sole 24 Ore builds on data collected by OnData and it focuses on the results of the four main parties in the vote for the lower chamber, in each of the over 7,000 Italian municipalities.

The four maps at the top of the graphics show the vote distribution of Forza Italia, Northern League, M5S and the Democratic Party. The map at the bottom is instead coloured according to the party that has received the highest percentage of votes. The results of each party can be singled out by clicking on the icons representing its leaders. The menu on the left allows you to go into detail, filtering the data by region and province.

This timely dataviz helps shedding light on the nuances of voters' behaviour across Italy, overcoming the over-simplistic interpretation of geographical polarization. Interestingly, it also shows the distribution of votes within Italy's biggest cities, pointing to different voting patterns between city centers and peripheries.