A new report published on 26 April by BirdLife Europe, WWF, European Environmental Bureau (EEB) and Friends of the Earth Europe, shows that 18 European governments assessed are not implementing nature protection rules as they should. 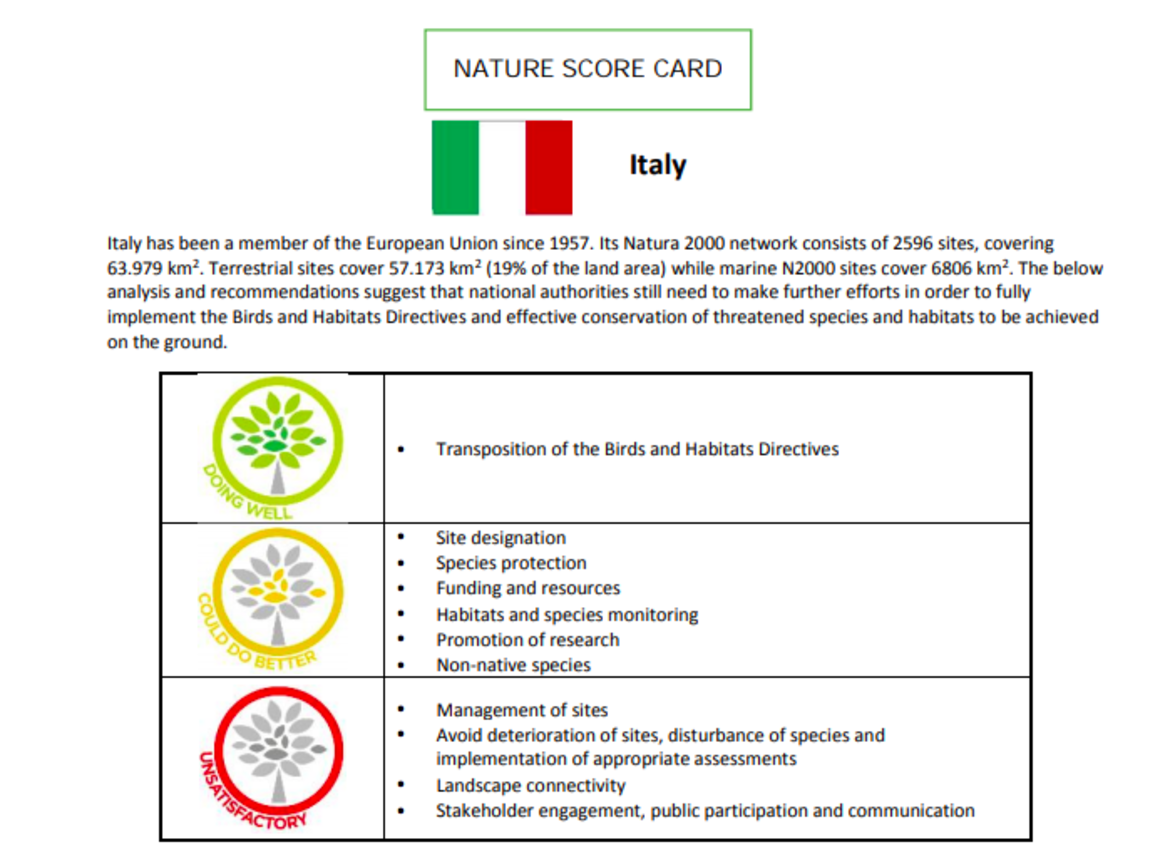 A new report published on 26 April by BirdLife Europe, WWF, European Environmental Bureau (EEB) and Friends of the Earth Europe, shows that 18 European governments assessed are not implementing nature protection rules as they should. “While the majority of the Member States assessed (67 percent) have fully incorporated the Birds and Habitat Directives into national law, they have failed to implement them properly”, warns the report. As the four NGOs underline, these directives are the main legal tool the EU has to reverse the loss of biodiversity, knowing that “these Nature Directives are responsible for the creation of the largest and most coherent network of protected natural areas in the world – the Natura 2000 network.”

The NGOs, which were behind the recent  #NatureAlert campaign aimed at saving the EU vital nature laws, stress that “the rapid decline of biodiversity across Europe is guaranteed if this lack of engagement persists and call on the European Commission to rise to the moment and show it is serious about this so called ‘Action Plan ’ by making Member States accountable for dragging their feet”. This Action Plan focuses on four priority areas with 15 actions to be carried out between now and 2019.

11 key criterias were scrutinized by the NGOs, “including the availability of adequate funding to manage protected areas (Natura 2000 sites), all the way to implementing their assessments.” They have joined their expert opinions to score their respective Member states on the various aspects of the Nature Directives, using a traffic light system for each country assessed.

Overall, over half of all countries analysed are overlooking the connectivity of their protected areas. And almost half of the Member States analysed have scored red for site management, and for not implementing appropriate assessments properly. 44 percent have scored red light for species protection.