Sweden does it without a law, France does it with one. The proportion of women in European parliaments and cabinets is determined by a number of different factors. A comparison. 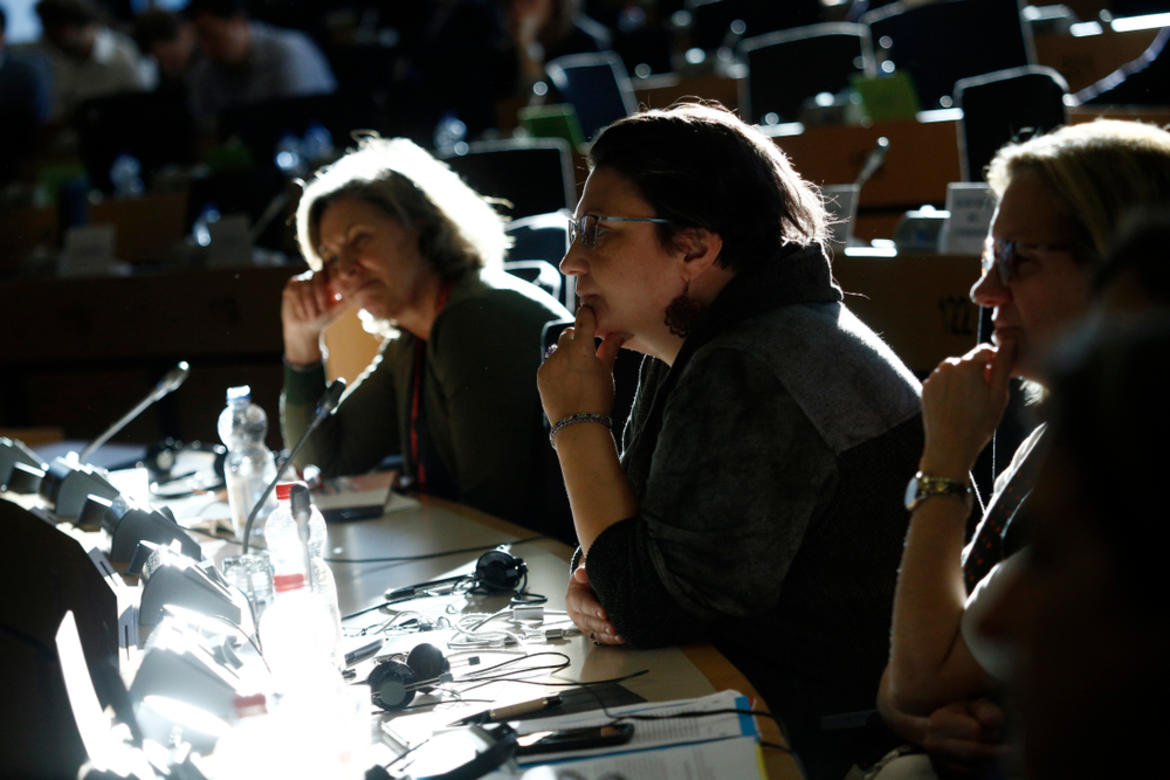 From 12 to 47 per cent – that’s how dramatically the proportion of women in parliament differs across the EU member states. The reason why some parliaments have so many women and others so few lies to some extent in the measures taken by the various countries to promote women in politics.

There are essentially two different approaches to the issue: a parity principle, requiring the places on the parties’ candidate lists to be divided equally between men and women; and internal party quotas whereby the parties themselves commit to achieving a given relationship between the number of men and women on their lists.

In eleven of the 28 EU member states there is a legal requirement for parity between the sexes in their national parliaments. In some cases these quotas have had a significant effect on the proportion of women in parliament.

For example, in 2007 the Spanish government set a statutory quota for candidate lists, requiring each sex to be allocated at least 40% of the places on them. Since then, the proportion of women in the Spanish parliament has at times reached as high as 46%. Today, according to an Inter-Parliamentary Union (IPU) study, the proportion has stabilised at 41%.

Other countries – Sweden and Finland, for example – achieve a high proportion of women in political office without a statutory quota. 47% of the members of the Swedish parliament are female. This is the highest percentage in Europe, followed by Finland, with 42%.

Sweden is often praised for having the world’s first feminist government. Rather than there being a national quota, the country’s parties have a long tradition of voluntary internal rules governing female representation. Many of them have had quotas for their candidate lists since the late 1970s.

This shows that, ultimately, it comes down to the willingness of the parties. This is also true of the classic example, France. The French constitution was amended in 1999 to allow a gender parity law promoting equal representation in the candidate lists to come into force in 2000 – and penalising non-compliance through the electoral expense reimbursement system.

However, it was only when Emmanuel Macron’s party, La République en Marche, appeared on the scene that the country achieved a 12% surge in the number of female candidates: today, roughly 40% of the members of the National Assembly are women. Analysts argue that one of the reasons for this is that the party put women with realistic prospects of actually being elected on its candidate lists. As a result, the country jumped from 64th to 12th place in the IPU’s world ranking. Within the EU, France is in fourth place.

In some countries the proportion of women in parliament remains low despite the existence of statutory quotas. This is partly due to targets being set too low, as in Greece, for example. Here a quota is enshrined in both the constitution and electoral law, requiring gender parity in at least one-third of the party candidate lists at both the national and the constituency level. Yet the proportion of women in the Greek parliament is only 19%.

Nor do the financial penalties imposed by statutory requirements always suffice to get enough women into politics: in Croatia a failure to comply with the quota for the national parliament is penalised with a fine of 50,000 kuna, or roughly 6700 euros. Despite this, the proportion of women in the Croatian parliament is only 21%.

Countries without quotas have fewer women in parliament

Overall the data shows that the parliaments of EU countries that have neither national nor internal party quotas for female representation have the lowest proportions of female members – between 12% and 28%. Malta and Hungary lag behind the rest of the EU in this.

By contrast, countries with voluntary quotas at the party level rather than statutory regulations usually have a higher proportion of women in parliament, even if not as high as in Sweden.

In Austria, for example, three parties have set a female quota of between 33% and 50%. The proportion of women in parliament there is 37%.

Germany is another country where there is no statutory quota, but women still make up just under 31% of its parliament – although this is the lowest proportion for 20 years. The parties have their own internal rules: the constitution of the CDU, for example, requires at least a third of the candidates on its electoral lists to be women; Die Linke reserves half the places on its lists for women; the Greens always alternate. The CSU and the SPD also have internal quotas. The FDP and the AfD, on the other hand, reject quotas, and these parties have the lowest proportion of female candidates.

France and Sweden have the most women in their cabinets

The extent to which both internal party rules and gender parity laws affect the proportion of women in politics can be seen at the highest level: according to a 2017 OECD study, the French and Swedish cabinets have the highest proportion of women of any in Europe, even though there are no quotas for ministerial posts. More than half the ministers in these two cabinets were female. The next highest proportions were found in Slovenia and Denmark.

In this too, Hungary lags behind: at the time of the OECD study, the government of Viktor Orbán did not include a single woman. Since then Andrea Bártfai-Mager has been made a minister, albeit without portfolio – she does not have a ministry of her own.

At the very top levels of government, however, quotas and parity laws clearly have no effect: in the 28 current member states of the EU there are only three female heads of government: Angela Merkel in Germany, Theresa May in the United Kingdom, and Viorica Dancila in Romania.