The K factor: why it matters where we are infected with the coronavirus

A growing number of studies highlight the importance of clusters and superspreaders in the transmission of COVID-19. In order to fight the epidemic, we must have a better understanding of where outbreaks are happening and consider new ways of tracking cases. 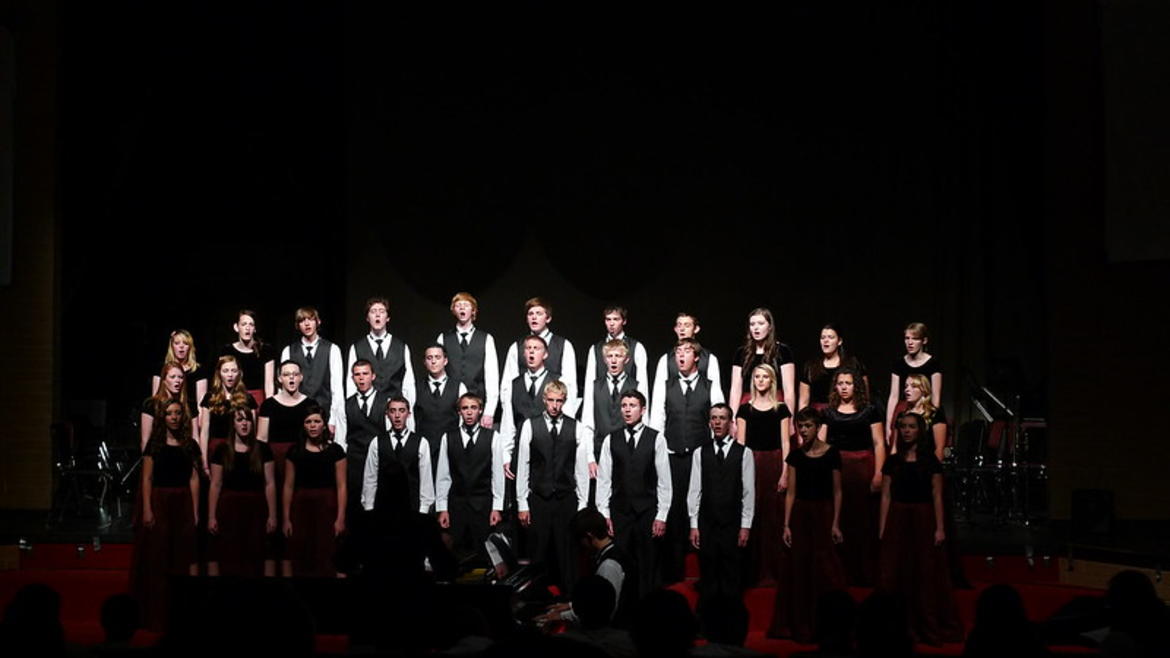 This article was originally produced by El País in the framework of Sonar Europe . Like EDJNet, Sonar Europe is a network of media outlets producing data-driven stories on European affairs. You can find out more about their production here: sonareurope.eu

The way the coronavirus is spread is not always the same. Not all positive cases infect the same number of people – instead, most contagions appear to be linked to specific events and superspreaders. Most infections are caused by a few people, and many positive cases never transmit the disease. This is both good and bad news. On the one hand, it means that if these super-spreading events can be controlled, the number of cases can be reduced without having to lock down the entire country. But on the other, it requires exhaustive contact tracing to connect infected people to where they caught the disease. In many European countries, the large majority of cases have not been able to be linked to any known outbreak.

During the first wave of the coronavirus pandemic , there was a lot of talk about the figure R, or the reproduction number, which represents the average number of people that one infected person will pass a virus on to. This number presents a typical and homogenous pattern for transmission: if one positive case infects three others, these three will infect another three and so on and so forth. This represents, more or less, the transmission of the flu.

But there is evidence that coronavirus contagions do not happen this way, but are rather dictated by what happens in groups of people. Research from the London School of Hygiene & Tropical Medicine and a recent study published in the science journal Nature indicate that a few events (such as a choir rehearsal or a meeting in a poorly ventilated room) and a few infected people (who perhaps have a higher viral load or a very active social life) are responsible for the large majority of contagions. It is estimated that 80 percent of transmissions are caused by between 10 and 20 percent of positive cases. For example, if five people had the coronavirus, two of them would not infect anyone, the other two might spread it to one person each and the fifth person would infect eight others.

To determine if the rate of infection is one type or another, scientists use another parameter: the K factor, that is the measure of its dispersion. The lower this number is, the higher the number of contagions from large gatherings. The K factor of Covid-19 could be as low as 0.1, according to some research , which is lower than that of SARS (0.16) and MERS (0.25), and far below the figure for the flu (1).

Although there continues to be debate about coronavirus transmission , there is a growing number of studies and indicators that highlight the importance of clusters – the group of people who are the source of contagions. This has consequences for how we fight the epidemic: we must have a better understanding of outbreaks and consider new ways of tracking cases, two things that countries like Spain are not doing.

We must have a better understanding of clusters

If we discover that there are places and circumstances where outbreaks are likely, we can introduce measures to prevent them. Japan is one of the countries that has centered its strategy on the careful identification of each cluster. Although Japan has seen ups and downs in its epidemiological curve, its worst moment, when the number of cases peaked, is similar to the most benign one in Spain. The number of deaths in Japan per 100,000 inhabitants is 50 times lower than the figure in Spain.

During the first wave, a member of Japan’s coronavirus cluster task force told The Atlantic that while Japan was “looking at a forest and trying to find the clusters, not the trees,” “the Western world was getting distracted by the trees, and got lost among them.” In Japan, authorities focused on identifying and avoiding clusters, which usually happened in enclosed spaces with large numbers of people. South Korea followed the same strategy: 66% of cases reported until July were linked to an identified cluster , 10% to individual case-based contacts and 24% were unidentified. In Spain, the figures are reversed: contact tracing has only been able to link 12% of cases to specific events.

The problem of not having a good contact tracing system is that it makes it impossible to know where outbreaks are happening. “With the tracking capacity of many regions, the most that can be done is to confirm that there is transmission in homes without qualifying the relative importance of each source of transmission,” says Miguel Hernán, a professor of epidemiology at Harvard University. He believes there has been a lack of political will to support contact tracing, with authorities not understanding that public health and the economy go hand in hand. “A good tracking system is the best economic investment, so that you can know what activities are more or less safe and apply more selective closures,” he tells El País.

Going to the source of an outbreak is a way to cut the chain of transmission. Right now, contact tracing works forward: if I test positive, a tracker will look for people among my contacts who may have been infected when I was experiencing symptoms. But it is likely – as studies suggest – that I have not infected anyone. So how should a disease that is spread by clusters be tracked? One idea is to do it backward: to look at where I contacted the virus. Because this is likely to have been a super-spreading event. “The best thing would be to isolate those who form the cluster as a preventive measure and do more detailed and backward tracking,” explains Yamir Moreno, from Zaragoza University, who has been studying the impact of these events on the spread of the coronavirus in Spain . “It would allow you to see the ramifications in each transmission chain that you don’t see with traditional tracking,” he adds.

With conventional contact tracing, the infected person under review has a low likelihood of transmitting the virus. But the person who infected them probably belongs to the 10% to 20% responsible for 80% of all cases. That person could have caused more infections. “Trying to find the source of the infection widens the possibility of identifying a cluster,” explains Mirjam Kretzschmar, professor of infectious disease dynamics at Utrecht University. “In backward tracking, you must identify who the confirmed case has been in contact with up to two weeks before they tested positive,” she adds. The problem with this is that it requires fast action. Her team has estimated that if more than three days pass between the onset of symptoms and the test and isolation, contact tracking produces few results. This is especially true for backward contact tracing: those who have been infected by the superspreader will be more difficult to locate and will have had ample opportunity to spread the disease. 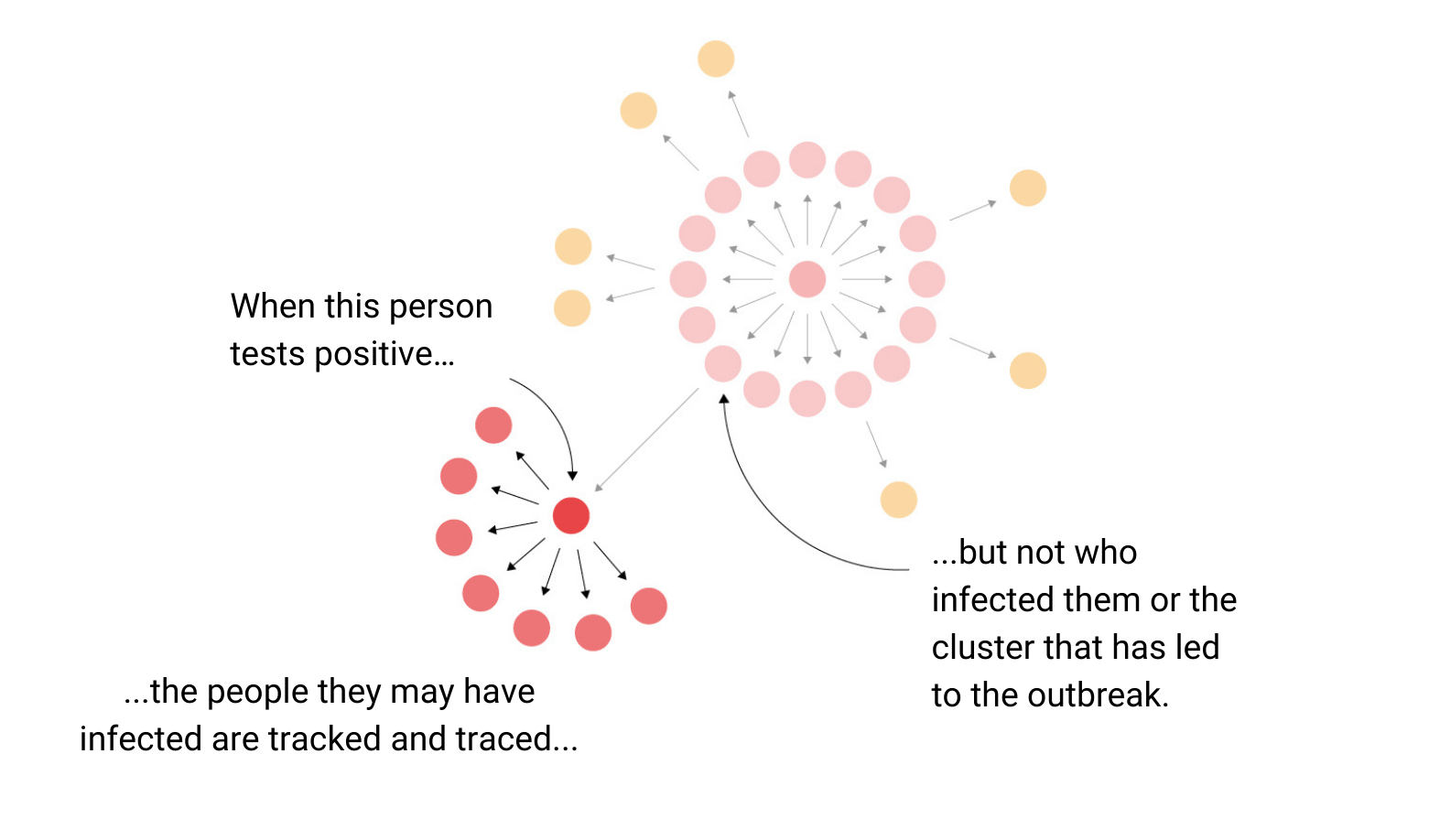 Backward contact tracing is doubly challenging for Spain. Right now it would seem that the country is not even doing conventional tracking properly: given these circumstances, some experts have all but ruled out backward contact tracing, which as well as being more demanding, also has fewer proven results. Miguel Hernán regrets that Spain does not have greater contact tracing capacity. “It is a shame because tracking chains of transmission to their source is one of our best weapons, if it is done quickly.” Before the tracking system collapsed in Spain, the links found between cases and outbreaks did reveal certain patterns. Over the summer in Valencia, a series of connected outbreaks led to 100 coronavirus cases among the Colombian community in the eastern region. Further analysis revealed that all of the outbreaks were related to celebrations, in dance halls and private parties, for Colombia’s Independence Day.

Transmissions by clusters can help explain why some places were hit by the coronavirus before others. This could partly be down to chance: population density, cultural customs and climate are factors that are usually mentioned. But several studies (including ones by Adam Kurcharsi , the Bern University in Switzerland and one published in Nature ) point to super-spreading events. Many countries had imported cases, i.e. people who contracted the virus abroad, but these individuals were almost always sparks that died out before spreading the disease. That is until one or several of these sparks lit up a cluster, perhaps just out of bad luck: an infected person goes to a funeral, a market, a call center , a senior residence or a party in an enclosed space. The evolution of first wave of the epidemic may have depended on whether one or none of these super-spreading events happened. This dynamic could explain, for example, why coronavirus cases spiked in Italy before they did in Germany, or why the first cases in Spain and France did not cause any outbreaks.

There is an upside to a virus that spreads via clusters: if only a few events are responsible for many contagions, the epidemic can be controlled with specific measures that don’t affect everything, at least in theory. If there are situations where the risk of catching the virus is low, and we know what they are, we will be able to salvage parts of normal life without putting ourselves in danger.