The ICT sector is booming. But are women missing out?

Job creation in the ICT sector could help address the gender divide in Europe's labour market - but current trends suggest more work needs to be done. 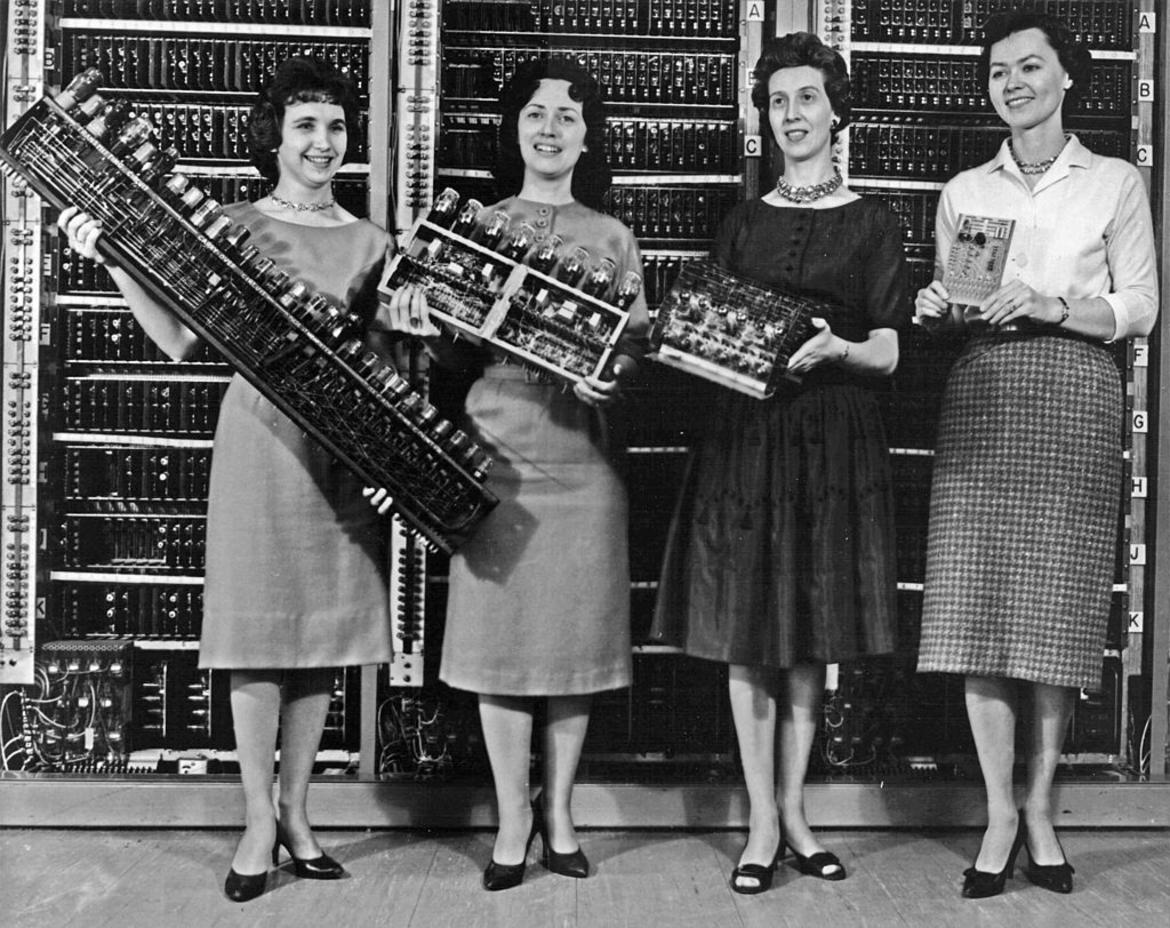 ICT may well be seen as a rapidly growing sector – a promising field for future employment as well as a sector strongly associated with innovation. But it is still marked by gendered dynamics and segregation, in a very similar way to what can be found in the majority of other economic sectors.

The reasons for this undoubtedly rest on cultural biases – as shown in a recent study, changes to code proposed by women are accepted more frequently by maintainers of repositories, but only when the gender of the author is not disclosed. Yet gender imbalance in this sector starts with education, which impacts in turn the employment situation.

ICT: a rapidly growing sector, with women at the margins

ICT employment is currently undergoing very rapid growth in the European Union as digitalisation spreads throughout the world of work and reshapes it. According to the OECD, ICT employment is defined as the people working in the Information and Communication Technology (ICT) sector. The indicator is measured as a percentage of business sector employment. The sector represents a broad category, including professional profiles as diverse as systems analysts, software developers, telecommunication engineers, ICT sales professionals, and graphic and multimedia designers.

Specialists in this highly promising sector are in particularly high demand, with employment growth more than eight times higher than the average employment growth in the EU, according to Eurostat. Firms in all European countries report difficulties in recruiting ICT specialists, particularly in the Czech Republic, Slovenia, Luxembourg, Austria, Belgium and Estonia, according to the latest Eurostat statistics on hard-to-fill vacancies in enterprises. As a result of this trend, a shortage of 500,000 ICT specialists is expected in Europe by 2020.

But so far the ICT sector has also been marked by stark gender segregation, with less than two women employed in every ten positions. Discrimination is particularly obvious when considering high ranking positions: the following chart shows the percentage of women employed as ICT specialists across European countries. ICT specialists are workers who have the ability to develop, operate and maintain ICT systems, and for whom this constitutes the main part of their job – thus representing a high ranking position compared to ICT technicians.

Only in Romania and Bulgaria do women hold more that 25 percent of these roles, while for any other European country they represent less than a quarter of ICT specialists.

The data looks a little less grim when considering the overall rate of employment in the sector: taking into account middle and low-ranking positions (ICT technicians, in purple in the chart below), the gender distribution is more balanced, and particularly so in new member states.

Women were not always absent from this sector. In France and the United States particularly, women’s share was much higher in the 1970s and 1980s. This can be explained by the fact that the bulk of jobs were seen at the time as low-status and clerical by nature. With the advent of the personal computer industry and the development of the internet, the status of ICT jobs changed, as did the gender-neutral image of the IT technician: “Low-skilled data entry and analysis roles were progressively either transferred abroad or automated” explains the European Institute for Gender Equality (EIGE ) in its latest report, “at the same time as higher status drew more men to the field”.

The figure of the ‘geek’ or ‘hacker’ is nowadays very closely associated with masculinity. According to EIGE, there are three main factors explaining women’s low participation: “[their] relative lack of interest and qualification in the field, ICT careers favouring men, and cultural factors reinforcing the association between the ICT sector and masculinity”.

The positive impact on gender segregation in the labour market which may be brought about by growth in ICT employment is at risk of being jeopardized if current trends are not addressed. The sector is considered a key policy area for the EU, as it is essential for economic growth and the development of a knowledge-based economy. Its strategic importance and promising growth has recently led Digital Economy and Society Commissioner Mariya Gabriel to announce actions that will be implemented over the course of the next two years to facilitate the participation of more women in the digital sector by promoting digital skills, higher education in ICT-related areas and startups.

In ICT too, the gender gap starts in education

The gender gap in the digital sector is a cause for concern, as Europe is projected to have a serious shortage of digital skills by 2020: despite the growing demand for ICT specialists and digital profiles, the percentage of Europeans with ICT-related education is decreasing. While this is a common trend for both genders, there are fewer women taking up ICT-related jobs and education.

According to EIGE, there are four times more men than women in Europe with ICT-related education, and the situation doesn’t seem set to improve, given the ratio of women graduating in ICT in 2016, shown in the chart below.

Another form of discrimination highlighted by EIGE is the fact that “across most member states, women in ICT professions tend to have higher educational attainment than men. Within the EU, 73 percent of women and 66 percent of men in ICT have high education." Women still need higher qualifications than men to be accepted in the field.

This is a part of broader trends in education choices, which may reinforce the gender gap: only one third of graduates in science, technology, engineering and maths (STEM) are women. The aspiration to work in a certain field starts forming at a very early age – “girls and boys being already exposed to the highly segregated world of work in terms of gender bias in school curriculum and a women-dominated educational workforce,” EIGE explains. OECD data, collected within the framework of the PISA test, shows that career-expectations take shape at a very early stage:

Knowing that working time quality has the strongest effect on work-life balance (as shown in the latest Eurofound survey ), women could benefit greatly from working in a sector where the quality of jobs is higher than in most sectors, both in terms of working time flexibility and the social environment. As one of the highest paying sectors, ICT could be a way for reducing the current gender pay gap – a higher number of women in ICT jobs would contribute to reducing it.

EIGE estimates that attracting more women to the STEM sector “would lead to economic growth, with more jobs (up to 1.2 million by 2050) and increased GDP over the long-term (up to 820 billion Euros by 2050)”.

In order for this sector-specific growth to have a positive impact on women’s employment, much can be done at the policy level as well as in the realm of cultural biases. Bulgaria has for example the highest proportion of women in technology in the EU (35 percent), due to a combination of governmental policies and local initiatives lead by women in technology. NGOs aiming to reduce gender segregation in ICT and STEM can also play a big role, like in Germany where the share of women in ICT jobs is increasing more substantially than in other countries in recent years, thanks to the activity of actors such as the Kompetenzzentrum Technik-Diversity , bridging the realms of education and employment. These cases suggests that public policies, appropriately combined with bottom-up initiatives and with the involvement of local associations, could be a key to preserving the ICT sector from discriminatory gendered dynamics, which are all too common in the majority of economic sectors.