The EU carbon market, serving its purpose at last?

Without a high enough carbon price, surplus emissions permits will remain high and the European carbon market will remain broken. 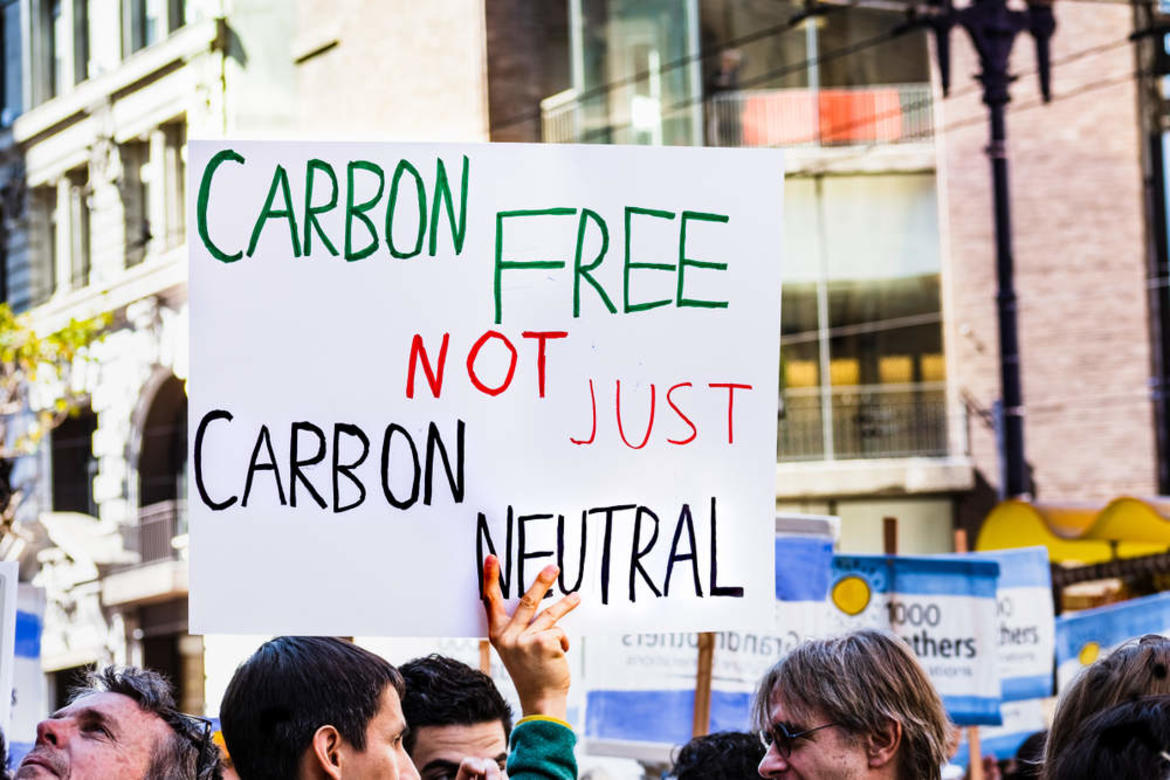 Coinciding with the end of COP25 in Madrid, the forthcoming European Council on 12 and 13 December could raise the long-term climate ambitions of the European Union. Already, 25 of the 28 member states have declared themselves in favour of a 2050 goal for greenhouse-gas neutrality – where greenhouse gas emissions are entirely offset by absorption of atmospheric CO2 (mainly by forests and soils). Poland, Hungary and the Czech Republic made their agreement conditional on more help from Europe to decarbonise their energy infrastructure. In the medium term, the target remains the one set in 2014: a 40% reduction in emissions in 2030 (compared to 1990).

The main tool of European climate policy is the EU Emissions Trading Scheme (EU ETS), i.e. the carbon market. If it is to achieve its medium- and long-term objectives, a review of the EU ETS is needed. Today, it remains ineffective, despite the measures put in place to improve it.

Created in 2005, the ETS mechanism imposes a decreasing emissions cap each year on some 11 000 large industrial installations responsible for 45% of the Union's CO2 emissions: coal and gas power plants, cement plants, steel plants, etc. Since 2012, airlines are also subject to this tax, but only for intra-European flights. For the period 2012-2020, the reduction of the cap has been set by member states at 1.74% per year, in line with the overall target path (a 20% reduction in EU emissions in 2020 compared to 1990).

If a company emits less CO2 than its cap, it accumulates quotas that it may sell on the market. In the event, this condition was not really necessary, since the companies decreased their emissions faster than the cap imposed on them – due in part to policies promoting renewables and energy efficiency. The 2020 objective was thus achieved in 2017. For the period 2020-30, the cap is to be reduced by 2.2% per year. But this level is still insufficient to achieve the proposed EU target of carbon neutrality in 2050, says the Institute for Climate Economics (I4CE) in its latest annual review .

The cap imposed on companies is implemented by way of emissions permits, or quotas. One quota represents the right to emit one tonne of CO2. Companies must return as many allowances to the authority each year as they have emitted tonnes of CO2 (or the equivalent for other greenhouse gases). If a company emits less than its cap, it accumulates permits that it may resell on the market. If it emits more, it must buy additional permits in order to comply.

A glut of quotas

However, since emissions turned out to be well below the number of permits allocated to all reporting companies, the system ended up accumulating a lot of unused permits. By 2018, there were estimated to be 1650 million of them, the equivalent of one year's emissions. It is this accumulation of surplus permits that explains the drop in prices on the quota market to 2018. The problem is that when it is cheap to buy CO2 emissions rights, companies have no incentive to invest in order to reduce their emissions.

Since 2018, CO2 prices have recovered and analysts anticipate a further increase in the short term. Several measures implemented since 2013 have helped reduce excessive quota allocations. First, Europe no longer recognizes international carbon credits, a mechanism that was put in place under the now-defunct Kyoto Protocol. When a European company launched low-carbon projects in the global south, it could put them to its credit. This possibility contributed significantly to the inflation in unused quotas.

Secondly, the allocation of carbon credits, hitherto mainly free of charge, began to be done by auction for industries not subject to international competition, namely electricity production (with exemptions for Central European countries). Finally, a mechanism to remove part of the surplus quotas from the market, known as the Market Stability Reserve (MSR), has been put in place and is operational since 2019.

However, these efforts remain very insufficient. They have helped generate a CO2 price which allows an efficient gas-fired power plant to be competitive with an inefficient coal-fired power plant. But the price is not high enough to shut down all coal plants and even less to discourage all use of fossil fuels by heavy industry. 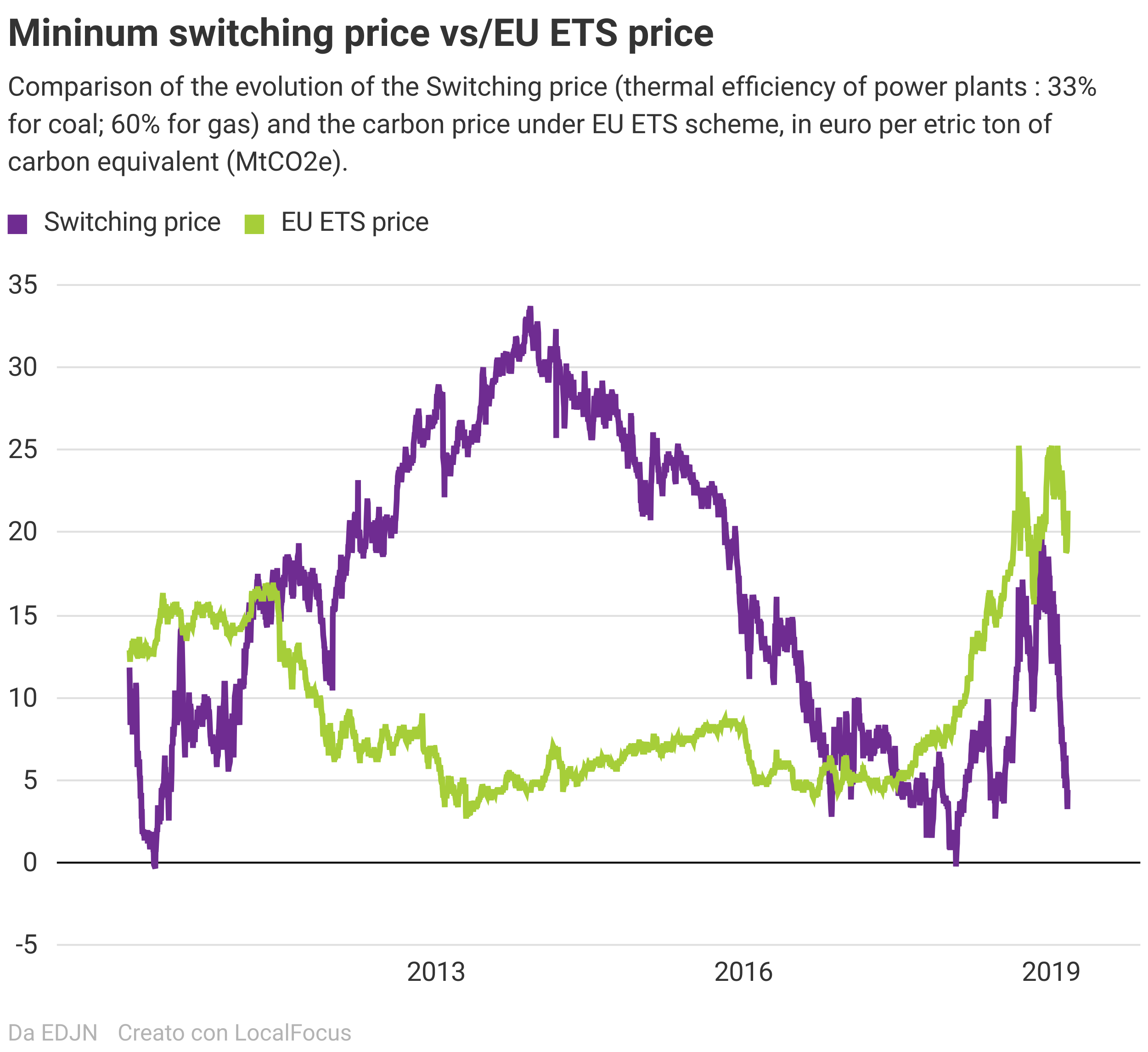 Accelerating the end of fossil energy

The recent increase in the price of CO2 permits and the expansion of allocations by auction has at least had the advantage of increasing the revenues that can be used for the energy transition. Member states are required to allocate at least half of their auction revenues to spending on climate and energy. These revenues increased from € 5.5 billion in 2017 to € 14.2 billion in 2018.

However, in the absence of a European carbon tax – which would require unanimity among member states – the main challenge of the carbon market remains that of generating a CO2 price capable of accelerating the end of fossil energy, in line with the polluter-pays principle. The measures introduced so far have only reduced the surplus quotas on the market, not eliminated them.

In the future, this situation could even worsen under the effect of other energy-climate policies. Indeed, the Union has set itself a target of a 32% share of renewable energy in final energy consumption by 2030, as well as a 32.5% reduction in that consumption compared to a "business as usual" scenario. In addition, about ten member states have already adopted a plan to get out of coal.

If these policies are implemented without, at the same time, a downward revision to the emission ceilings for the period 2020-2030, the market will remain permanently in surplus with low prices. This is an argument for a measure unilaterally introduced by the UK in 2011: the introduction of a floor price for CO2, with a regular annual increase of the floor.