Saving culture from the pandemic

Eurostat data from 2019 show that in Europe, on average, 32 percent of workers employed in the Cultural and Creative Industry were self-employed. In some countries this percentage reaches almost 50%. The EU is pumping money into the CCI, but that won't be enough for a sector that structurally hinges on precarious working relationships. 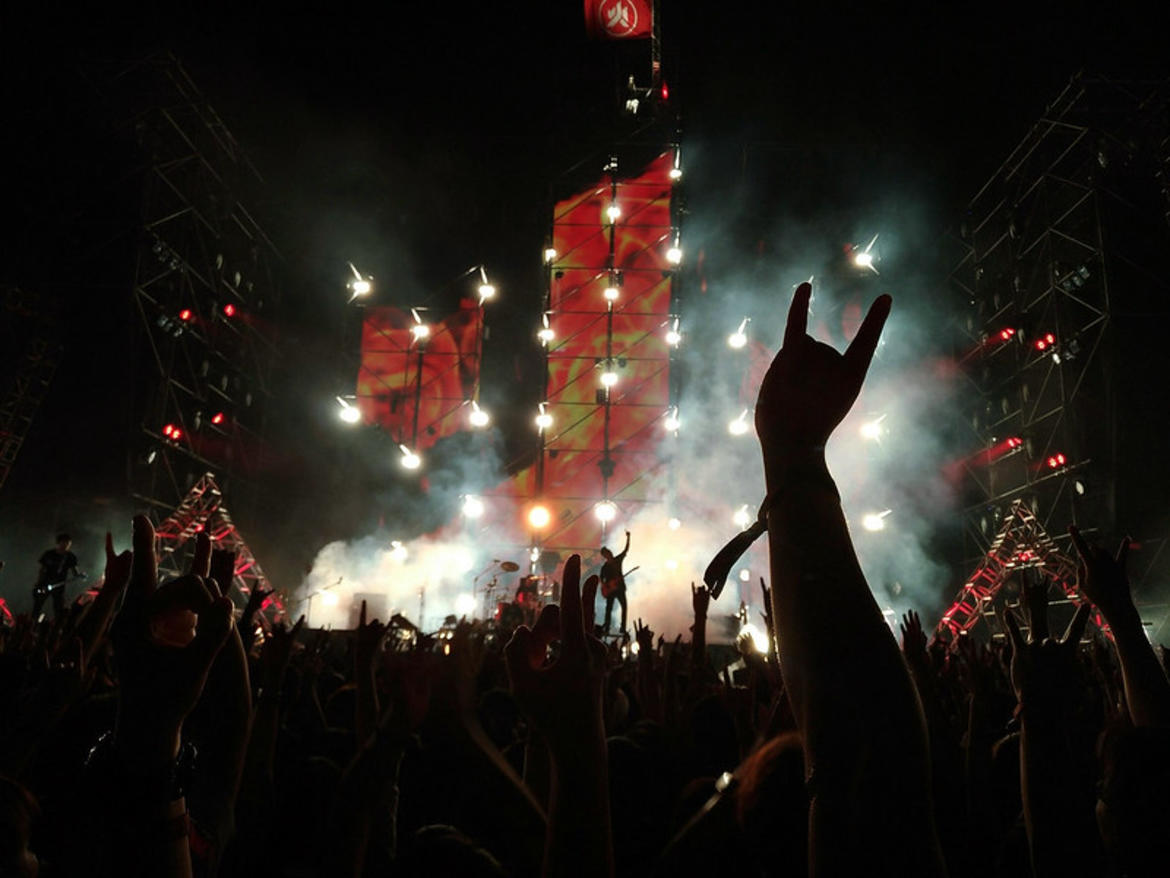 If the impact of COVID-19 on the Cultural and Creative Industry has been devastating , it would be incorrect to say that ahead of the crisis the situation was rosy. According to a report by EY , the industry as a whole was on an upward trend, but if one adopts a workers-based perspective the picture changes slightly.

In fact, the very same report highlights how the CCI sector draws heavily upon atypical working contracts and short-term work. Looking at the latest Eurostat data, one can see how, in 2019, the self-employed in the cultural sector accounted for almost half of all cultural employment in the Netherlands (47 percent) and in Italy (46 percent). Among the member states with shares of cultural self-employment higher than the EU average (32 percent), were also Greece (38 percent), Czechia (37 percent), Ireland and Spain (both 34 percent) and Germany (33 percent). Freelancing is generally accompanied by a greater vulnerability of individuals on the labour market. And in many EU countries, being a freelancer means not being able to benefit from generous welfare schemes targeted at regular employees.

This implies that workers from the CCI in the EU were structurally more precarious than others even before COVID-19 impacted the sector.

Over the past few months, a number of analyses have tried to understand the impact of the COVID-19 crisis on the lives of workers in the cultural and creative sector and, more specifically, in the performing arts sector. In Finland, according to the preliminary results of a survey run by the Center for Cultural Policy Research (Cupore) and the Arts Promotion Centre (Taike), three-quarters of artists affirmed that COVID-19 damaged their careers. “Particularly those under the age of 34 and freelancers are considering switching careers, and female artists have felt the negative impacts of the pandemic more than male artists”, Yle reports - a total of 1,080 artists and 160 municipalities responded to the survey .

In the UK, Parents and Carers in Performing Arts (PiPA) conducted a research on the prospects of the careers of performing artists with caring responsibilities. The conclusions of the report read that “seven out of ten (72 percent) respondents were considering leaving their profession for a variety of reasons. Nearly one third (32 percent) cited the loss of income and just over one fifth (22 percent) of parents and carers cited lack of work opportunities as are factors when reporting reasons why they are considering leaving the profession with qualitative data highlighting the need for stability to support their family […] For others, lockdown and isolation measures mean that it is not possible to continue in the profession […] For 21 percent of respondents, the decision to leave their profession is dependent on the way the industry recovers from the impact of the pandemic, highlighting the need for the industry to build back in an inclusive and accessible way to avoid further talent loss”.

All in all it is fair to say that similarly to other economic sectors in Europe, also the CCI features a stark division between workers who are strongly protected by welfare systems in light of their status as employees, on the one hand, and, of freelancers with little access to welfare schemes, on the other one. Crucially, it seems that COVID-19 has uncovered this reality in the eyes of the workers of the CCI themselves. In fact, it is as if in many countries COVID-19 had brought about a revival of class-consciousness within the sector.

For instance, in Italy, over the past months, precarious Italian workers in performing arts sectors have taken action, staging protests in front of theatres, without breaking COVID-19 health-security rules. They have been demanding a fully-fledged reform of the financing rules of the sector and new welfare provisions that would make freelancer workers less vulnerable to crises such as COVID-19. To do so, from Rome to Milan, from Naples to north-eastern located Udine, and all across the Southern European peninsula, a number of so-called Presìdi Cultural Permanenti (PCP) were born. These informal collective groups developed prospective welfare programmes for artists including a plan for continuous vocal training and basic income schemes. Far from simply calling for reopening theatres, the various PCPs were established to pressure public institutions to deliver on the requests and needs of precarious workers of the performing arts sector as a whole. PCP Rome also developed Presìdi Culturali Permanenti Show, a live-streamed debate format that brings together workers, trade unionists, activists and theatre directors to discuss a plan for a fully-fledged reform of the theatre-sector in Italy. On the 23rd of February, a national protest was organised in front of the national Parliament.

Likewise, in France, a country where the welfare provisions for art workers from the performing art scene are more robust and trade unions have a better hold of the workforce, cultural workers staged powerful protests in early March asking for the government to reopen theatres and, more generally, cultural venues. The protests led as well to occupations of renown public theatres . Similar events occurred earlier in 2020 in the UK . But also countries formerly belonging to the Soviet block, such as Slovenia, have seen renewed political conflict around issues related to the conditions of workers in the cultural sector and, more generally, around the management of the cultural institutions . Eventually, the debate is not only closed to the Old Continent. Across the Ocean, the debate on the needs for a re-organisation of the sector gained traction as well. On Jacobin , Josephine Shetty, a teacher, union organiser, and co-founder of the US-based Union of Musicians and Allied Workers, claimed that it is time for musicians to get collectively organised as workers. As a matter of fact, it seems that this is happening all over the CCI.

These developments are important also in the light of the main avenues EY’s report identifies to “rebuild” European cultural and creative sectors. The report points, on the one hand, at massive public funding and the promotion of private investment in cultural and creative businesses, non-profit organisations, entrepreneurs and creators. And, on the other one, at the promotion of a solid EU-wide legal framework that can spur private investment in production and distribution.

However, when it comes to money and, in particular, public funding, we have already seen that over the past years national governments have, if anything, scaled-down resources in favour of the cultural sector. Luckily enough, the EU has stepped-in with increased funds year in year out. Commenting on the result of the negotiations on the MFF concluded in December 2020, the Executive Director of the European Theatre Convention (ETC), Heidi Wiley, said: “We’re grateful for the steps the EU has taken to increase funding for Creative Europe as part of the Multiannual Funding Framework (MFF), with a 600 million EUR increase up to a total of 2.2 billion EUR. This is a 53 percent increase in comparison to the amount foreseen in the 2014-20 period and will provide more opportunities for theatres and the performing arts to rebuild and recover”.

But the point is that pumping more money in a sector – even through EU-channels – that structurally hinges on precarious working relationships won’t be enough. Wiley agrees: “It’s important to stress that Europe cannot solve national problems, intervening on an ad hoc basis to change employment structures or reimburse those who have lost work. But there is one roadmap for change: alongside 11 European arts networks, we produced an outline of the way forward, called the 'Dresden Declaration '. This has a specific plan to revive the sector, including a focus on improved working conditions, projections for freedom of expression, environmental sustainability, international collaboration, theatre’s role as public space for democratic exchanges and social encounters and diversity”.

"National Governments are not yet taking enough responsibility to enable theatres and cultural spaces to reopen safely – they are vital places of work, and essential in providing new perspectives for society. Safety measures are in place and controlled social and cultural gatherings are key to reopening European societies", Wiley concludes. Meanwhile, the mobilisation that is taking place at the grassroots level in the member states is important because it highlights structural problems that go beyond the issue of re-opening cultural places. The revival of collective actions in the performing arts sectors shows that a deeper reform of the CCI is needed – at least for what concerns the sectors of performing arts and the music industry. One that, at the very least, unravels existing welfare systems extending protection to the whole freelancer workforce. The show must go on. But, first of all, it must be fair.