Big tech companies bring in plenty of traffic for media outlets but take a disproportionate chunk of the earnings. And even when agreements are signed, it’s Big Tech that sets the rules 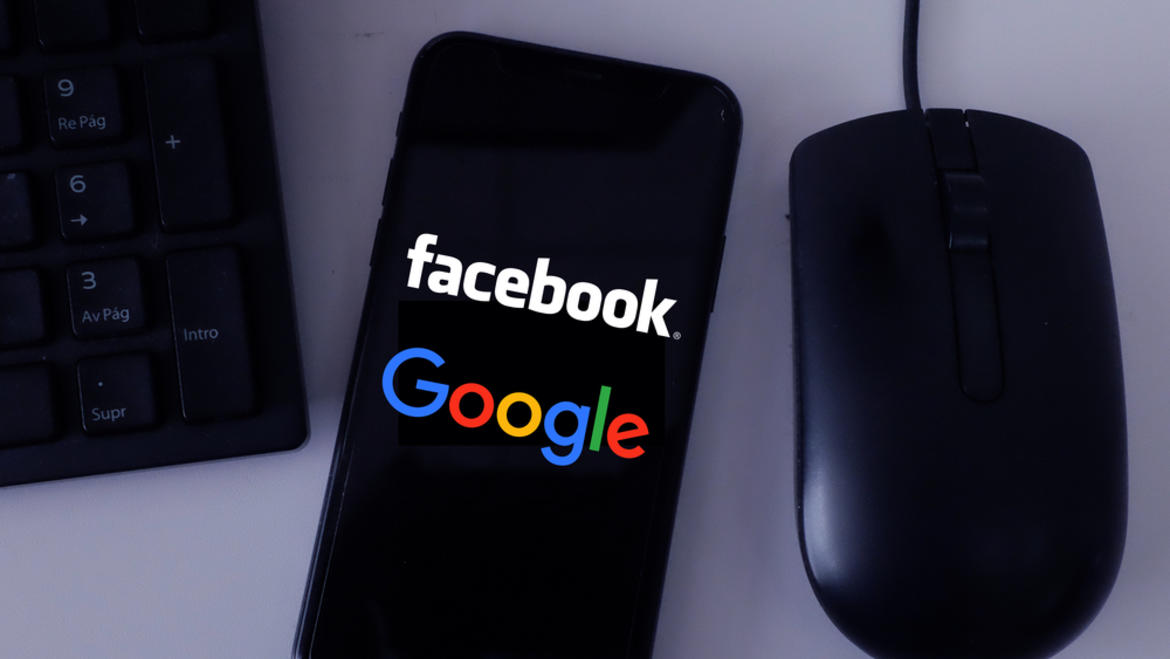 The media industry’s ever-increasing dependence on digital advertising revenue sees the two companies which dominate the market, Google and Facebook, dictate the fate and direction of journalism. Big Tech giants profit from the work of publishers yet take a disproportionate slice of the proceeds, particularly undercutting small and medium-sized outlets.

An analysis of web traffic data of six of the largest UK publishers found that over a third of their visits came from Google and Facebook sources. The websites of The Independent, The Sun, The Times, The Daily Mail, The Telegraph, Reach PLC, Sky, and Vice relied on Google for 25 percent and 26 percent of their visits in 2018 and 2019 respectively, while Facebook was responsible for 10 percent and 13 percent of their views.

This ever-growing dependence on digital ad revenue was highlighted by a watershed moment for one of the world’s best-known outlets.

In Q2 of 2020, the New York Times announced that, for the first time ever, digital revenue had surpassed print revenue. Digital subscriptions saw a 30 percent rise, to $146 million, compared to $147 million in sales from print subscriptions. In terms of ad revenue, digital brought in $39.5 million while print advertising saw a 55 percent drop to $28 million.

"And we don't think it's likely we're going to go back from this moment," CEO Mark Thompson said.

This dependence on Google and Facebook for online ad money, who account for a combined 54.1 percent of this market, will only be exacerbated in the ever accelerating shift towards digital amid COVID-19.

Yet while these companies can indeed claim that they bring in plenty of traffic for media outlets, they take a disproportionate chunk of the earnings.

A study by the News Media Alliance found that Google made $4.7 billion from news content in 2018 which, although accounted for just 4 percent of its total revenue that year, equated to 33 percent of the total ad revenues brought in by the entire newspaper industry. The study also goes on to mention that between 16 and 40 percent of Google search results are news stories.

Pew Research Center revealed that the total advertising revenue for the newspaper industry, both print and digital, stood at $14.3 billion in 2018. That same year, Alphabet’s financial records showed that Google advertising brought in $116 billion for the company, 85 percent of the company’s total revenues.

And there is no sign of Google’s ad revenues slowing down - Alphabet’s financial results for the final quarter of 2020 show that the company raked in $56.9 billion in revenue, $46.2 billion (or 81.2%) of which came from Google advertising. That is a significant rise from the same period in 2019, where Google advertising brought the company $37.9 billion of its $46 billion total revenue.

The concentration of the share of the revenues also continues to become ever more Big Tech dominated – a recent report from the Interactive Advertising Bureau showed that the top ten online ad companies held a 78.1 percent share of the revenues in 2020, up from 76.6 percent in 2019, which was also an increase from 75.9 percent from 2018. Three tech giants now account for more than 60 percent of the total ad market: Google (28.9%), Facebook, (25.2%) and Amazon (10.3%)

European publishers and lawmakers have been vying for a fairer distribution of revenues from Big Tech giants for some time, although they have discovered that it is easier said than done.

A European Union copyright directive, known as Article 11, deems that publishers are entitled to compensation when Google uses portions of text from a media outlet. Publishers maintain that these snippets often take away the need for users to click through on articles, causing them to lose vital viewership and revenue.

When Germany tried to impose its variation of this law in 2013, however, it realised it wasn’t quite so simple. Even large outlets had to bow to the tech giant not long after ditching Google News, including the country’s biggest news publisher, Axel Springer, which caved after traffic from searches had fallen by 40 percent and traffic from Google News dropped by 80 percent. In 2019, Google won the legal battle against German publishers over these fee demands.

In response to Spain, which tried with a similar law in 2014, Google shut down its Google News service in the country altogether. A study carried out by NERA on this case found that Google News’ withdrawal from Spain caused a 6 percent overall drop in traffic while a 14 percent decrease was seen for smaller outlets.

In 2019, the French government passed a law that required Google to compensate media outlets for using excerpts of their content on its pages. An agreement was eventually reached between Google and the Alliance de la presse d’information générale (APIG), a lobby group representing most major French outlets, which sees the tech giant pay $76 million over three years to 121 French news publishers, yet it does little to appease smaller outlets.

What tends to happen, as was the case in Germany and France, is that Google responds by paying a symbolic figure that will claim to assist the industry while, as has been witnessed so far, only seems to benefit the large publishers who maintain their higher position in their respective feeds while smaller outlets continue to fade into the online abyss. This money, in reality, ends up being nothing more than a plaster over the long-term wounds that Google is causing to the industry.

Facebook did the same in Australia. In an unprecedented move in February 2021, Facebook blocked Australian news sites from its platform in response to a dispute with the government which sought to force the company to pay media channels for its links to news.

Facebook, in turn, negotiated lucrative deals with major media outlets on its own terms. The biggest recipient of these deals was Rupert Murdoch’s News Corp, which has a 53.4 percent market share of the Australian newspaper industry, while failing to commit any compensation to the country’s smaller outlets.

Then, in April, an investigation by the Washington Monthly revealed that Facebook, amid its launch of Facebook News, had directly been giving millions of dollars to media giants like The New York Times, The Washington Post, The Wall Street Journal and Bloomberg, among others to appear favourably on its news aggregator.

While payments were said to be in the region of $3 million for each outlet, which represents a small proportion of their total revenues, it nevertheless deepens this dependency that media outlets have on Big Tech for cash and, the more this increases, the more seriously it will hinder appropriate scrutiny of the workings of Big Tech from some of the most influential voices in journalism.

This elitist move is nothing new. Google and Facebook have long been talking up the need to prop up ‘authoritative sources’ – a glossy term for mainstream media, since the 2016 US presidential elections, and even more so since the beginning of COVID-19.

As news outlets grow more dependent on Google and Facebook, the easier it becomes for the media industry as a whole to be dictated by these companies.

Google’s funding of media channels through its Digital News Initiative also benefits the big outlets more than the up and coming ones. A study by Netzpolitik found that, of the 115 million euros that went to journalistic projects between 2015 and 2018, 54 percent went to established outlets, while a meagre 10 percent went to non-profit or public-service media.

Google has been shaping the direction of journalism more than any tech giant over the years with various initiatives, from AMP to ‘original reporting’, which ultimately serve to redirect more traffic back to its own various services, rather than provide a level playing field that allows for diversity of opinion and an equal shot at earning revenue for outlets of all sizes.

Instead it shuns such notions and uses vague and selective criteria to deem the misinformation of some as fact and the facts of others as misinformation in order to maintain full authority over public information.