Using bicycles as a regular form of transport is growing as bike sharing infrastructure is put in place and cycle lanes are built. 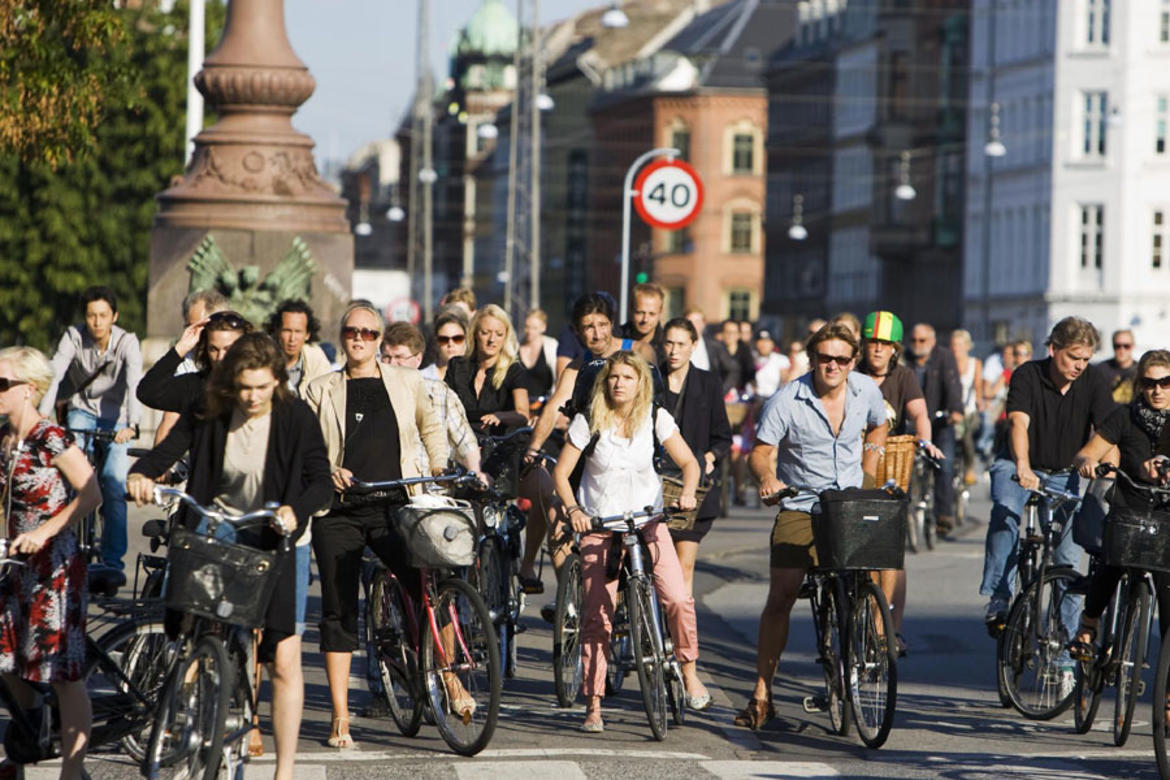 Bicycle use has grown over the last few years as a regular form of transport in urban areas according to data from the European Cyclists’ Federation (ECF). Many European cities are developing infrastructure to enable more people to take up the habit, in the process helping to reduce environmental pollution – a serious problem for many cities.

In this way, cities like Copenhagen and Amsterdam stand out (where 35 percent and 32 percent of the population use a bicycle as a form of transport respectively), but so does the Slovenian capital, Ljubljana, which has won a number of prizes for its investments to improve accessibility, with 13 percent its population using pedal power as its main form of daily travel.

These data points are also confirmed by the Cycling facts and figures collected by the ECF, a ranking that combines the data of the five polls carried out in EU countries. These polls examine bicycle use (the Eurobarometer mentioned above), traffic safety, cycle tourism, the state of the cycling market, and the relative size of organisations that promote bicycle use.

The ranking also confirms that these two countries, Denmark and the Netherlands, come top of Europe for bicycle use, followed by Sweden, Finland, Germany and Belgium. In the previous ranking, published in 2013, Slovenia jumped several places and came seventh, overtaking countries like the UK and France. Luxembourg too climbed several places, very probably owing to a policy for cyclist safety on roads and a good ratio of cyclists to the general population. Several countries have more or less maintained their relative positives, like Hungary, Austria, Slovakia and the Czech Republic, and, in a similar way to in 2013, southern and eastern countries still show much room for improvement. One disappointment in that year’s survey is Ireland’s poor performance, despite the development of cycling infrastructure in Dublin.

This ranking takes a different approach by looking at the development of bicycle rental infrastructure by European city governments, as a habitual form of urban transport services run both by private and publicly-owned businesses. At the end of 2016, in Europe there were 524 programmes for publicly accessible bicycles across the continent. According to data published by The bike-sharing World Map , countries likes Italy, Germany and Spain are leading Europe. Germany sits at the top of the ECF’s ranking, but the two Mediterranean countries, which also lead in terms of cities that have put in place bicycle rental infrastructure, are lower down in that ranking.

On the other hand, the Copenhagenize index ranks the world cities with the best transport policies for bicycles and the best developed infrastructure. This index takes into account 14 criteria for each city: the existence of a cycling culture, ease of use, infrastructure, the possibility of bike sharing, gender, the use of bicycles as a form of urban transport compared to others and its evolution since 2006, the perception of road safety, public policies, social acceptability, urban planning, the existence of speed restricted traffic, the use of bicycles as a means of transport and deliveries, and the involvement of NGOs and civil society in the area.

The index, published in 2017, sees Copenhagen as the city with the world’s best score. But of the 19 remaining cities included in the ranking, 17 more are European. After Copenhagen come Utrecht and Amsterdam (in the Netherlands), and Strasbourg (France). The last of the top five is the Swedish city of Malmö.