More and more school trips to the Balkans

Are the histories of the former Yugoslavia and Albania finally entering Europe’s space of memory? A constantly increasing number of Italian school trips to the region gives us reason to hope so. 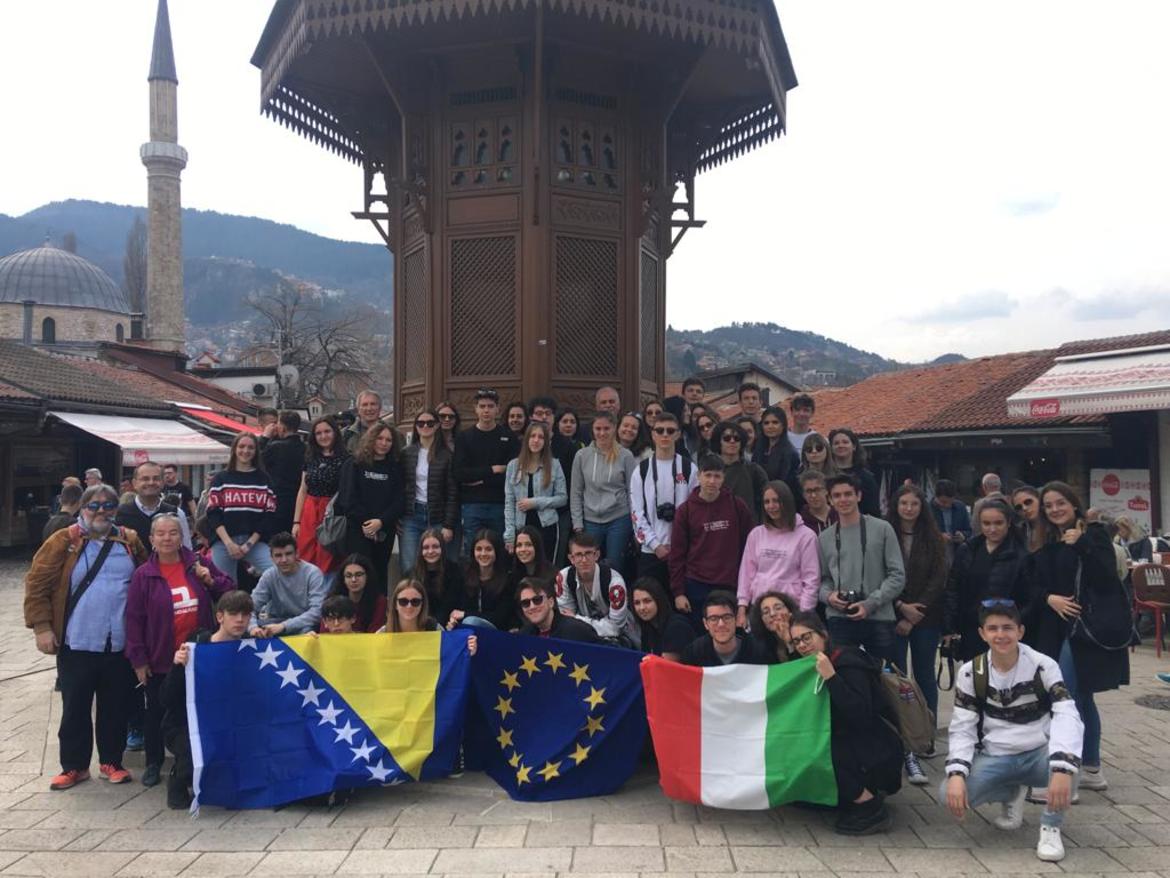 The first recorded field trip occurred in 2003, taking around forty pupils to Sarajevo and Mostar. It was part of an initiative promoted by the Piedmont Regional Council’s Resistance and Constitution Committee, where the opportunity is given to students who distinguish themselves in an annual modern history contest. The last flashpoints of the post-Yugoslav wars had only recently subsided. The trip was part of other initiatives focused on times and places considered the most important in Italian and European history: “This year we’ll repeat the “voyages of remembrance” to the nazi concentration camps, and areas that were key to the Italian resistance, but this is the first time that we’re taking students to the former Yugoslavia”.

Since then, at least 7000 Italian students have participated in field trips to Bosnia and Herzegovina, Serbia and Albania. These are the most frequently visited non-EU countries in south-east Europe. For the most part, the intention is for pupils to “discover” this little (and poorly) known part of the continent. The region has a long-standing and important relationship with Italy, testified by the close ties between various civil society groups.

Apart from the effort involved in mapping all these trips, there is the difficulty of reconstructing a phenomenon which is extraordinarily widespread and spontaneous, characterised by autonomous projects in a wide variety of regions. This is why the data presented here should only be considered approximate.

The programmes take various paths, focusing on themes ranging from domestic and international politics, rights, the economy, migration, or, more generally, cultural exchange between students. The region’s complex history lends these topics substantial relevance and depth . These grassroots activities have gradually become one of the principal expressions of the cultural relationship that crosses the shores of the Adriatic. 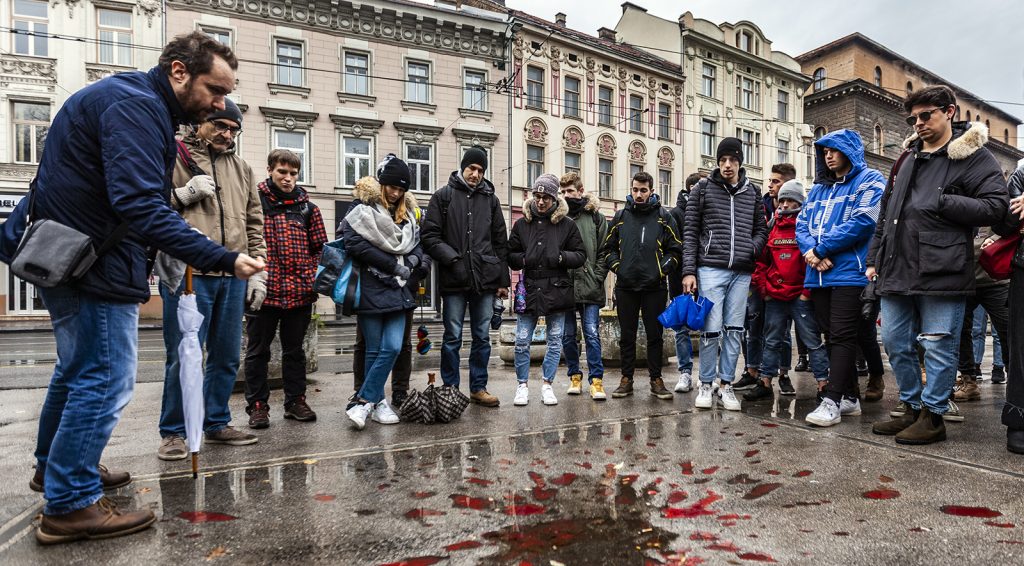 How many are going? A constant increase

The growth curve for students exploring this region seems to be increasing rapidly since 2003. Since the early 2000s there has also been a constant increase in the use of experiential learning, leading to a broad growth in so-called “journeys of remembrance”. As for south-east Europe, the period up to 2010 was characterised by individual experiments in just a few areas.

Between 2010 and 2015, however, the first real sign of growth emerged, with an increase in total numbers and, above all, renewed commitments from specific regions. At that point, students numbered several hundred each year. Then, in the following years, there was what we can justifiably call a boom: trips with well over 500 students each year, reaching a thousand or more in 2016, 2018 and 2019.

Looking at the data per country, the trips to Bosnia and Herzegovina stand out – a destination which has been gaining in popularity for many years. There are many links between this region and Italian civil society associations, and it is also seen and presented as a central context for late 20th century European history.

On the other hand, the other countries in the region have only recently received significant attention. Apart from occasional peaks due to specific initiatives, Serbia seems set on a path of gradual growth. Initiatives involving Albania struggle to gain momentum, despite evident interest from many parties.

As for Bosnia and Herzegovina, these trips have seemed, up to now, tied exclusively to north-central Italy, with long-running initiatives in Piedmont, Friuli-Venezia Giulia, Trentino-Alto Adige and Marche. Interest in Serbia, on the other hand, seems to be spread more evenly. For the most part, this is due to the fact that there are many trips promoted by the Intercultural Association, which introduced Serbia among its destination countries and includes schools throughout Italy. As for Albania, the towns and cities of Puglia show the most interest, due to geographical proximity.

Who is going? Promoters multiply

While travel proposals for Bosnia and Herzegovina, Serbia and Albania are submitted to schools, they are designed by an ever increasing number of associations, foundations, and institutions focused on managing the logistics and activities. The total number of these organisations has multiplied over the years. For the most part, they can be divided into two categories: 1) organisations with long-standing ties to south-eastern European countries; 2) institutions and associations focused on history and commemoration. While the two categories may in some cases overlap or hybridise, the categories generally remain distinct.

The first category includes associations with long-term ties to countries in the region, often going back to the crises in the 90s, with the mobilisation of solidarity and decentralised cooperation. Apart from forming networks with local organisations, and a familiarity with the region, they have explored a new area of intervention, mostly focused on cultural exchange.

The second category, emerging more recently, consists of organisations not necessarily linked to south-east Europe, but active on subjects related to history and civic education. For example, there is ever increasing commitment from the network of institutions focused on the history of the Italian Resistance and events of that period. Above all, the activities organised by these groups place a clear emphasis on the “enlargement” of the representation of European histories and cultures, with the inclusion of countries which have often been marginalised from broader narratives.

In addition to these associations is a network of schools, civil society bodies in the destination countries, local and regional administrations, and occasionally embassies. Overall, it seems a fertile plain, set on a path of constant, meaningful, growth.

We would especially like to thank the Resistance and Constitution Committee of the Piedmont Regional Council, and the associations: pAssaggi di storia, Viaggiare i Balcani, Confluenze - Nel sud-est Europa con lentezza, Lutva, Tenda per la pace e i diritti, Trentino con i Balcani.

The data was collected in the framework of the project “La prospettiva bilaterale tra Italia e Balcani Occidentali: evoluzione e raccomandazioni per il rilancio”, carried out with the support by the Italian Ministry of Foreign Affairs and International Cooperation, in keeping with art. 23-bis of DPR 18/1967. The views expressed in this article are exclusively representative of its author and do not necessarily reflect the positions of the Ministry.