Each year thousands of Europeans go abroad to undergo fertility treatment. A two-month investigation analyses what is known and what remains to be discovered about this largely hidden phenomenon. 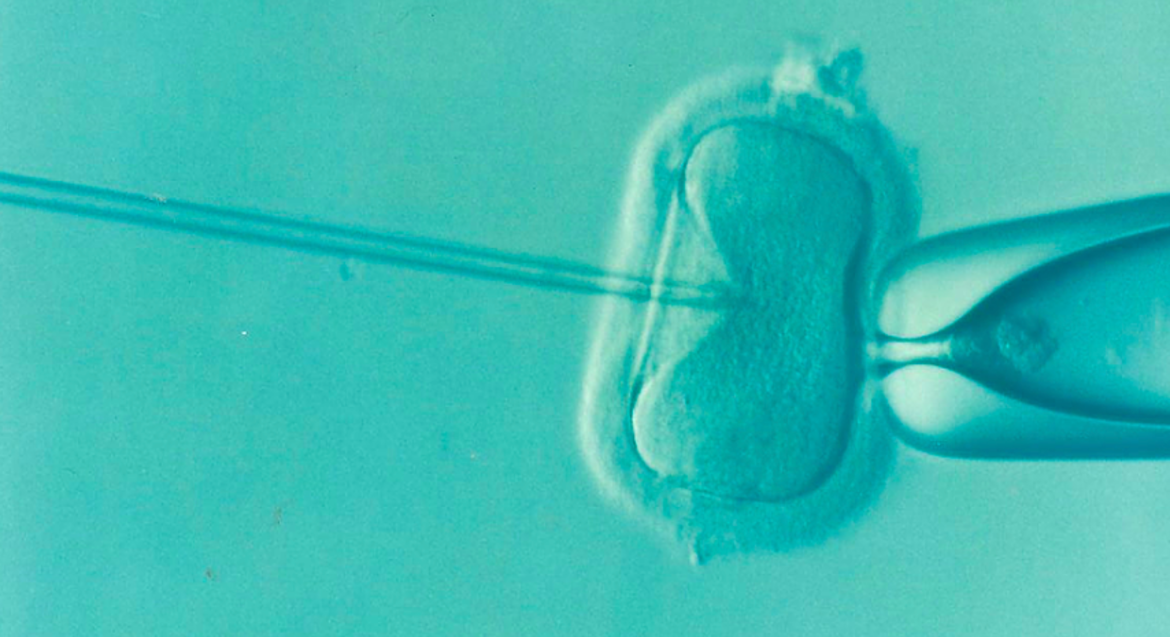 Karole Di Tommaso and Alessia Arcolaci, a same-sex couple from Italy, chose to have children in 2015. But there was a significant obstacle to overcome: legal restrictions prevented them from having children in their home country. After studying a patchwork of options in other European countries, the couple chose a clinic in Barcelona, Spain. The decision was motivated by geographical and cultural proximity, as well as cost. After four cycles of treatment, Arcolaci finally gave birth to a healthy baby in 2016.

Hundreds of Europeans travel abroad each year to avail of Assisted Reproductive Technologies (ART). Experts call it “cross-border reproductive care”, or CBRC, i.e. the migration of individuals or couples to access ART treatment in a country other than their country of nationality.

Over the course of a 2-month investigation, we conducted an analysis of what is known and what remains to be learned about this largely hidden phenomenon.

According to the European Society of Human Reproduction and Embryology (ESHRE), which has been investigating ART for two decades, 776,556 cycles were registered in Europe in 2014, the year in which the data available is most complete. That figure represents an increase of 13,1 percent over the previous year.

These days, it is said that ART is particularly popular in the Old Continent, and this is supported by the facts. Europeans lead in numbers, initiating approximately 50 percent of all treatments reported worldwide. Another important figure is the number of clinics. In comparison to the 1997 data, the number of European centres specialising in these procedures grew from 482 to 1,279 clinics by 2014 – an increase of 165 per cent.

Experts believe that this popularity is driven by technological progress, such as the possibility to store gametes for future use, and the increasing number of homosexual couples seeking to have children. Low fertility rates and lifestyle factors also play a part in the growth of the ART sector.

However, access to ART treatment in Europe varies significantly from country to country. Data shows that small countries like Belgium, Czech Republic, and Denmark have the highest rates of ART treatments as a percentage of the total population. In absolute terms, the three most active countries are Spain, Russia, and France: a record 109,275 treatment cycles were performed in Spain, followed by Russia (94.985 cycles) and France (90,434).

This is far from the whole story, however. At present, researchers have been unable to generate a complete database of the nationalities of Europeans seeking treatments abroad. This is confirmed by Eurostat, the World Health Organization (WHO), the ESHRE, and several experts and officials of European Union states.

Moreover, health authorities in the 28 EU member states have failed to share this data. Several did not reply to our – multiple – requests for information. Only two countries shared their data relating to the citizenship of patients in their countries: Slovenia and Bulgaria.

According to Ljubljana's authorities, in the year 2014, the majority of IVF/ICSI cycles were performed on Slovenian patients. However, there was also a smaller group of non-Slovenian patients from Croatia (67 patients), Bosnia and Herzegovina (51), Serbia (29), Italy (14), Montenegro (5) and others (16). The Bulgarian data was even less illuminating.

Since individuals and couples that undergo ART treatments are asked to share their biographical information, it is unclear why countries are failing to provide this data. On the other hand, surveys performed over the past ten years suggest that the CBRC phenomenon is not insignificant.

In 2014 alone, 17,160 cycles for cross-border patients were registered by the EIM Consortium, according to the 2018 report of the organization. This figure, however, is based on data provided by only 15 of the 39 countries under consideration, and did not include countries with high rates of ART treatments such as Belgium, Czech Republic, France and Russia. This fact suggests that the total number of cross-border patients is likely to be higher.

The study also found that 36.4 percent of CBRC involved in vitro fertilization (IVF) or intracytoplasmic sperm injection (ICSI) with the couple’s own gametes, while 45.6% relied on egg donation (ED) and 17.4 percent involved IVF or ICSI with semen donation.

Other experts have also attempted to conduct research on this form of reproductive care. One of the largest studies was coordinated by Karl Nygren, who collected information in 23 countries in 2006. His estimates suggest that most cross-border reproductive care in Europe involves travelling to other European countries, not to other continents.

A second attempt was made by Françoise Shenfield, who in 2010 estimated that there were about 24–30,000 cycles of CBRC within Europe each year, involving 11–14,000 patients. Shenfield surveyed women who had travelled for treatment in 44 fertility clinics in six European countries.

There are some obvious reasons why individuals would seek reproductive care abroad.

Jacques De Mouzon, former chair of the EIM Consortium and author of a paper on CBRC in Europe, stresses that the situation is different in each country due to differences in the law, reimbursement, and the norms surrounding conception in each European State. “There are countries that are more restrictive, such as Italy, France, Albania, Malta, Slovenia, and Switzerland. And others that are very open, like the UK, Belgium, Denmark, and Spain”.

In Italy, for example, access to treatments is not permitted for same-sex couples or single individuals, while in Denmark individuals seeking ART “can receive a reimbursement from the State for the cycles wherever they go to have it done”.

Of course, socioeconomic factors also play a large role here. “Each cycle costs from €3,000 to €6,000, including drugs. And, in the case of cross-border patients, the individuals have to add the costs of traveling and living in a foreign country. The lower middle class surely cannot afford it”, said De Mouzon. A woman who underwent treatment for almost ten years stated that “ART treatments can be very costly, financially and emotionally. I did dozens of cycles before getting pregnant. I almost lost all faith in the process”.

According to unofficial data, successful ART treatment in another country can cost from €25,000 to over €100,000. The WHO estimates that gamete or embryo donation and gestational surrogacy are the most common types of cross-border treatments. However, surrogacy is currently only available in a small number of European countries. Moreover, successful conception is by no means the final hurdle facing many individuals in countries with restrictive legislations.

For the aforementioned Italian same-sex couple, a problem they are facing is that the law only recognises the person who delivered the child as a parent. “There are ways to overcome this obstacle, but we need to file a legal appeal”, said Di Tommaso. “At this point, I am only deemed a mother in Spain, not Italy”.