Is it possible to have a European generation of non-smokers?

The European Commission recently registered a European Citizens’ Initiative, that, among other measures, would prohibit any European citizen born after 2010 from buying cigarettes. The idea intends to phase out legal smoking, but according to statistics, it would cause significant issues in some member states, since young people apparently like to smoke. 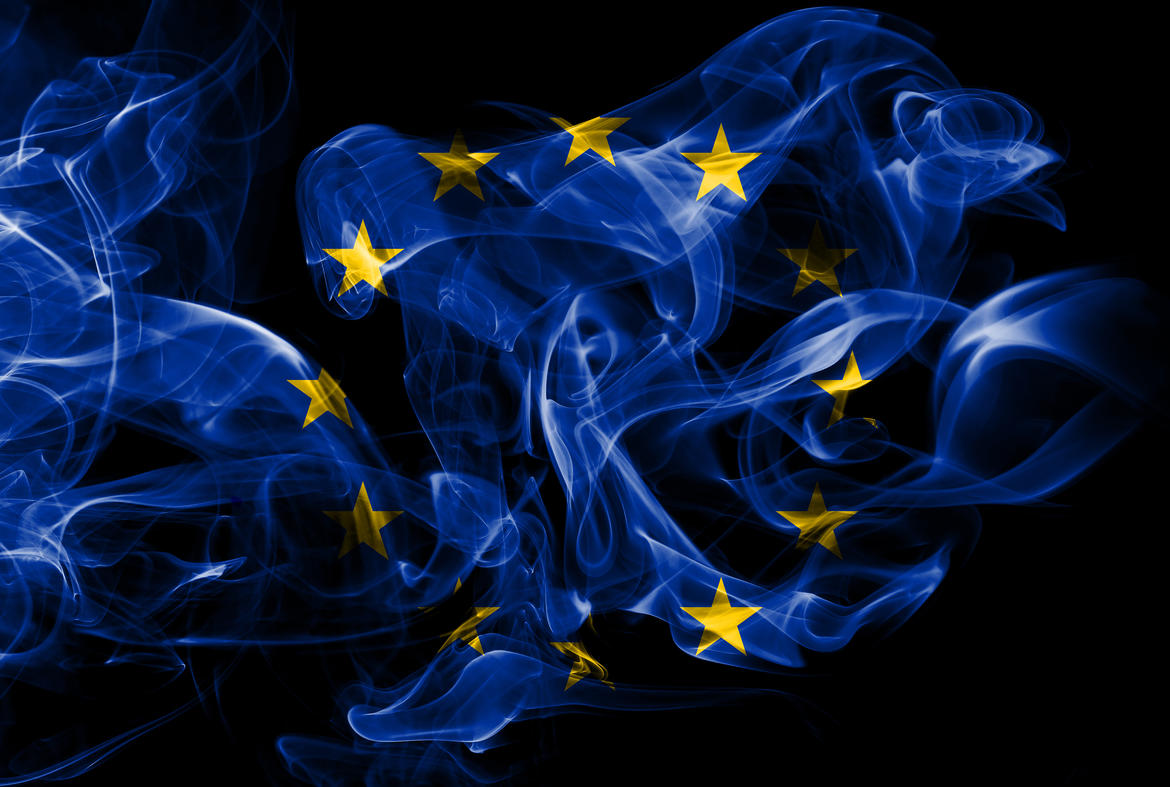 A new European Citizen’s Initiative aims to create a “tobacco-free environment and see the first European tobacco-free generation” by 2030. In order to achieve this, the civilians initiate a drastic measure: Europeans born after 2010, even after they turn 18 years old, would not be allowed to ever purchase tobacco products. Children who are now 12 or younger would not be allowed to buy cigarettes as adults, therefore they would be the first generation that is spared from its harmful health and environmental effects.

The fact that smoking is incredibly harmful to one’s health is probably obvious at this point, there is for example a clear connection between smoking and certain types of cancer and overall shorter life expectancy. Additionally, cigarette butts have a large environmental impact if they end up in nature, especially in natural waters, where they harm ecosystems. All of this applies without even addressing the ecological footprint of tobacco production, which raises further issues. So yes, smoking is indeed a significant issue, but the decision of whether it is worth fighting it with such drastic legislation largely depends on whether young Europeans would be willing to give up smoking.

Prohibiting people born after 2010 from buying tobacco products would create a problematic legal situation, regardless of its effectiveness. From 2028 states could differentiate between two adult citizens, who are legally equal, only based on their age. This phenomenon exists in other states, but only in a temporary form. The most well-known example is the US, where an 18 years old, legally adult person is prohibited from buying alcohol until they turn 21, even though they count as an adult citizen within their full rights. On the other hand, such a difference remaining permanent between two citizens is so far without any international example and can be interpreted as discrimination. Thus, European lawmakers would create reasonably large chaos in the EU’s legal framework by enacting a law like this.

It sounds reasonable that even if now only very few young Europeans smoke, and young people start smoking only later, usually in their 20s, this policy could become the last nail in the coffin of European smoking, as young people would be willing to let smoking as a habit go. In this case, maybe even legal double standards would be a worthwhile risk, even considering all its problematic aspects, since the policy could result in a significant improvement in many Europeans’ quality of life. On the other hand, if many young people under the age of 18 already smoke in a country and smoking is part of the everyday life of the youth, the proposal could easily backfire and result in an increase in the black market, with young people consuming lower quality or even dangerous tobacco products.

Statistics suggest that there are large differences in this regard among European member states, and a one-size-fits-all solution would not necessarily be effective. Hungary is leading the charts in youth smoking (15-19 years old) according to recent Eurostat data. 28.6% of young people in Hungary smoke, 8% more than in second-placed Germany, and 13.5% more than in the EU overall (15.1%)

Hungary is the only EU member state where the proportion of 15-19 year-olds smoking is higher than the smoking rate of the general population. In the country compared to the 28.6% of young people smoking, only 19.3% of all Hungarian adults smoke, which is in the mid-range of European country data. Therefore, either young people give up smoking occasionally, or the country is on the verge of having one of its most-smoking generations in ages. Other EU countries with high youth smoking statistics show a bit of a different picture. In these cases, youth smoking rates tend to be similar to other age groups in the population, thus it is likely that people simply start smoking at a very young age. This is not surprising in the case of Austria, where the age limit for purchasing tobacco is 16. On the other hand, the age limit in the other four countries is 18, so this policy cannot be entirely blamed for the problem.

On the other hand, there are several member states where even though smoking is prominent amongst the general population, young people currently smoke in a significantly lower proportion. The country with the highest smoking rate in the EU is Bulgaria, where 28.7% of the population smokes. Yet, only 14.3% of young Bulgarians smoke. This is not a low figure compared to other EU countries – the lowest statistics for the young (4.1%) and the general (6.4%) population are registered in Sweden – but it would already be a huge achievement for Bulgaria if no more young people would take up smoking.

Currently, youth smoking rates are below 15% in 22 EU member states, so in those cases it would be easier to implement a smoking ban for young people. In the other five member states the proposition would cause more significant issues, considering society would heavily feel the effects of the legal dual standard. Looking at the data of current teenagers, it is plausible to assume that people affected by this policy proposal who are only a few years younger than them, currently around 12 years old, will want to smoke similarly to other age groups, but won’t be able to. Therefore, these member states should make significant improvements in reducing the allure of smoking for young people, and they have to do it fast, if they do not want this or a similar policy causing significant negative effects.

There is currently no miracle cure against smoking at the disposal of member states that could reduce youth and adult smoking rates without prohibitive measures. In our research we evaluated three demotivating policy options. Firstly, plain-packaging laws, secondly, selling cigarettes in separate, designated shops, and lastly, the price and tax-ratio of cigarettes. We found neither of these significantly reduced youth propensity to smoke, although we have to admit that plain-packaging laws have only been in effect for just a few years in several member states.

The purpose of plain-packaging laws is to entirely extinguish company logos and other branding elements from cigarette packages, which have positive marketing value. This measure was first introduced in Australia and since the second half of the 2010s nine EU member states also introduced it.

This measure is seemingly used in two types of countries: where there are no significant issues with youth smoking, and where the issues are indeed very significant. In the first group we find, for example, Ireland, that has the second lowest youth smoking rate in Europe. France, Hungary, and the close to average Belgium have every reason to aim to make tobacco products less attractive. Yet, there is no significant difference between countries introducing plain packaging compared to the ones that do not do so. There is a slight positive correlation, but this could also be because the population of the countries introducing the measure is generally more conscious about the negative effects of smoking.

Selling cigarettes in separate, designated shops also did not help member states. In the EU, three states, Austria, Hungary and Italy introduced such measures, and the results are far from excellent in each case. The Austrian system, which has the longest history, does not seem to be very effective in reducing youth smoking, since Austrian rates are among the five worst in Europe. Additionally, these shops are also criticized because of their low efficiency, and in the Italian and Hungarian cases, corruption concerns are also common.

It is true to the whole of Europe that tobacco products have very significant tax-burdens. The proportion of taxes within the price of an average pack of cigarettes tends to be above 70%, but above-80% tax rates are also frequent. The highest tax-rate is the Finnish one, which is as high as 90%. The price of a 20-piece pack of cigarettes, on the other hand, varies significantly between EU member states. The cheapest is Bulgaria, where a pack costs 2.77 euros on average. The most expensive is Ireland, where one has to pay 12.81 euros on average for a pack.

In countries where the price of cigarettes is high, smoking rates are not necessarily low. As an example, France has the second highest cigarette price in the EU (9.7 euros) yet 18.6% of young people and 17.8% of all adults smoke. However, where cigarettes are cheap the general population seems to smoke above the European average (18.4%): with the exception of Slovenia (16.6%) all ten member states with the cheapest cigarette prices have above average smoking rates.

It is important to note that there are no similar observations concerning youth smoking, and all the countries on the list are in Central and Eastern Europe, therefore there could be a cultural-historical aspect between the higher smoking rates.

E-cigarettes are probably also not going to push traditional tobacco products out of European markets in the near future. The highest proportion of e-cigarette users is in Poland, where this rate is 4.6%, and in 24 out of 27 EU members the ratio remains below 2% according to Eurostat.

The current European Citizens’ Initiative needs to collect 1 million signatures from at least 8 member states to move forward, and, even in that case, the European Commission is not obliged to present any legal propositions based on the initiative. Yet, this citizens’ initiative is in line with the EU’s anti-smoking goals. The EU currently obligates all tobacco packaging to be at least in 60% covered by warning signs, and the European commission recently proposed a ban on certain flavoured tobacco products.

Moreover, the EU would not be alone with a law aiming to phase out smoking. The UK is also debating a similar proposition. The country is planning to increase the legal age to buy cigarettes with a year in each year after a certain date. Thus, when the measure kicks in, the people who are not yet 18 years old would effectively never be able to buy cigarettes, since the legal age of buying would keep increasing to be above their age. This is a clever solution around the double-standard between adult citizens and the other issues discussed above.

The days of European smoking are not only numbered according to politicians, but tobacco producers also think so. The CEO of Philip Morris International Jacek Olczak, speaking of the British proposal, said that he could “see the world without cigarettes” – according to the Guardian . Here, by “world”, he more likely thinks of the Western world. Tobacco companies in the US and Europe are currently working on reaching alternative markets: in Africa and certain parts of Asia, they still aggressively market tobacco products even towards underage consumers. For instance, when the small west-african nation of Togo tried to introduce a plain-packaging law, Philip Morris threatened its government with an incredibly expensive lawsuit, effectively killing the bill.