Is a new EU defence on its way?

The creation of a €13.6 billion scheme for the European Defence Fund can fundamentally challenge the nature of the European Union as a peace project. It may provide the arms before creating the army and even the political frame for it, and will contribute to a new arms race, suggests civil society. 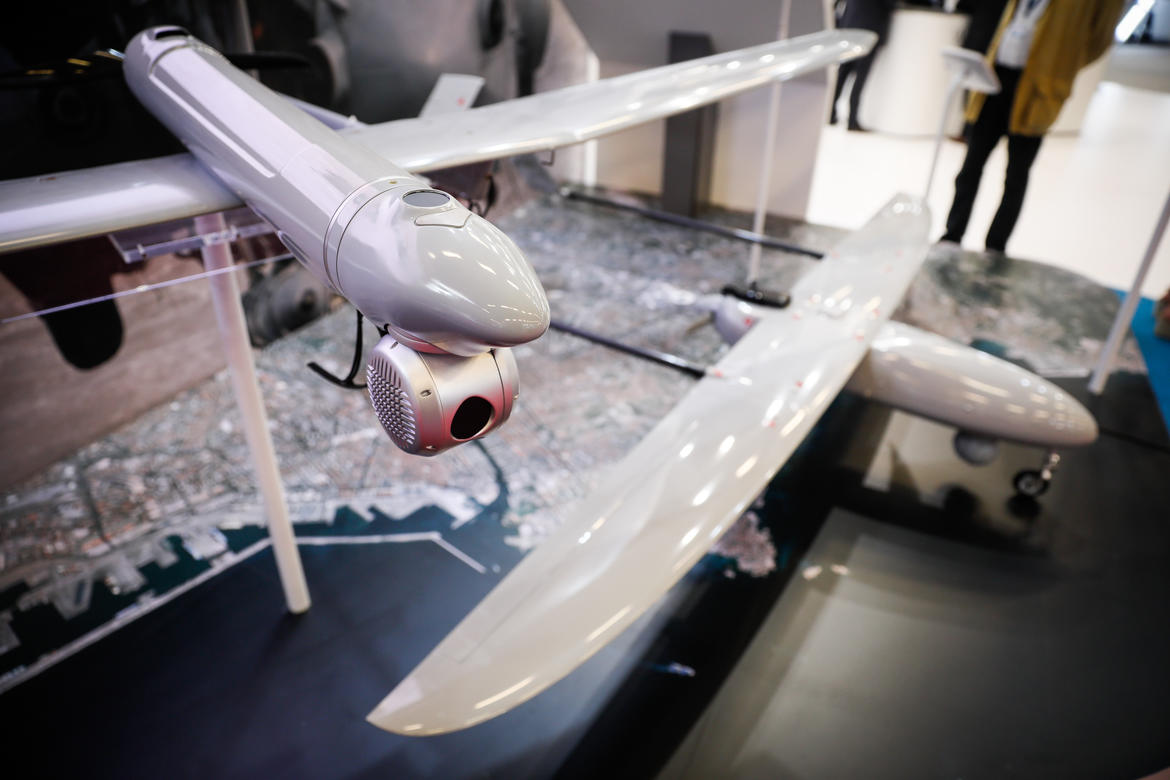 Five years ago at the National Defense University, Barack Obama delivered his first major speech on counterterrorism of his second term and announced a shift in the administration’s use of drones. He said: “To say a military tactic is legal, or even effective, is not to say it is wise or moral in every instance. For the same human progress that gives us the technology to strike half a world away also demands the discipline to constrain that power – or risk abusing it.”

The former US president might as well have been talking about the future: just recently the military admitted, after denying it at first, that a woman and a child were killed by an American airstrike in Somalia last year. Since his speech, not only a new president has taken office in the US, but the approach to warfare has evolved worldwide and drones used for remote warfare have become trendier.

With the establishment of the European Defence Fund (EDF) and a €13.6 billion scheme running until 2027, the current situation might change further. Experts from Peace Research Institute Oslo (PRIO) wrote that the EDF “holds the potential to fundamentally challenge the nature of the European Union as a peace project”.

So what are the intrinsic arguments of developing a new and European defence? And what is the civil society doing to hold the EU accountable?

There are different opinions around EU’s investment in military research. “I think that investing money in research and development even in the field of defence technologies is not necessarily a bad thing,” says Bruno Oliveira Martins, senior researcher at PRIO. “But in order for this to be acceptable and in order for such a vast amount of money to be spent, there should be more transparency, people should know the rules through which the fund will be allocated, or the rules through which the projects will be selected. It should be very important that both the European Parliament and national parliaments were more informed than they are at the moment.”

The European Union started specifically supporting projects around unmanned systems and related technologies around 2015. A large portion of funding goes to maritime unmanned systems, specially sea drones in Mediterranean Sea. So far, funds have been used for something labelled as “security”, but they have never been explicitly directed towards drones for military purposes – see EDJNet article about this.

High Representative of the Union for Foreign Affairs and Security Policy Federica Mogherini proposed in June 2018 the creation of the European Peace Facility. That operation opened the door to a broader implication of the EU in security force assistance, including through the provision of funds to support the purchase of lethal weaponry and the provision of training, equipment or infrastructure.

Provided by the Directorate-General GROW in the Commission, the brand new defence fund will allocate between 4 and 8 percent of the total amount to “disruptive, high-risk innovation that will boost Europe’s long-term technological leadership and defence autonomy”. It is not clear what qualifies as a “disruptive technology”, a concept introduced by American academic, business consultant and religious leader Clayton M. Christensen in contrast with the one of a “sustaining technology”. In the regulation of the EDF, a “disruptive technology for defence” in essence is defined as a technology inducing a radical change or even paradigm shift in the concept and conduct of defence affairs.

Oliveira Martins and Raluca Csernatoni, the latter from the Institute for European Studies of Vrije Universiteit Brussel, examined the EDF in a policy brief that highlights how much ambiguity is a recurring problem.

The European Commision didn’t provide specific guidelines either, but invited applications for “[i]nnovative defence products, solutions, materials and technologies” and then enumerated 34 examples of what falls in that description, including “development of counter-UAS capability based on mini-UAS swarms” [unmanned aerial systems, meaning drones]. A 2017 issue of the journal published by European Defence Agency (EDA), identified the 10 most key disruptive defence innovations, including autonomous defence system, weapons and decision-making.

A good wording would be “military equipment and technologies”, meaning everything from the bullet to the gun shooting it and the system used to identify the target. While this is something EU member states have always needed to protect themselves and their interests, the necessity has also been exacerbated by continuing instability at the borders and uncertainty around the US support within NATO.

Indeed, the deputy secretary general for Common Security and Defence Policy (CSDP) and crisis response at the European External Action Service (EEAS) Pedro Serrano has encouraged the perspective of a strong union. In a paper called “The bundle of sticks: a stronger European defence to face global challenges”, Serrano mentions two other tools developed by the EU to assist and support cooperation: the Permanent Structured Cooperation (PESCO), through which states have assumed commitments to invest more in defence and to do this jointly, and the Coordinated Annual Review on Defence (CARD), a periodic monitoring of national defence plans. “Bearing in mind the nature and magnitude of the challenges they are confronted with, it is clear that only operating jointly will EU member states be able to address them and have an effective capacity to engage with other major world players,” he wrote.

This cooperation will only be aimed at exploring the technologies first. Private companies can apply to the EDF in the same way as for any other call for proposals. As long as they stick to certain criteria, which refer to well-established treaties preventing the proliferation of prohibited arms (such as chemical and biological weapons), developers will be backed and will eventually design their products.

Trade control is the crucial aspect after all, because weapons are dangerous by definition and scrutiny should apply. “Manufactured designed would then be owned by the companies, who will sell them to the states,” says Francesco Vignarca, national coordinator at Rete Italiana per il Disarmo. “This is exactly the point: the intellectual property won’t be of the EU, so the EU gives them money to do something and basically gives away control from the beginning.”

In 2015, the need to cooperate to address concerns over the use proliferation of armed drones led to the creation of The European Forum on Armed Drones (EFAD) : a network of civil society organisations working together to promote human rights and the rule of law.

“Our concern was that these technologies, because there is a lower risk for states, will facilitate more use of little force without any control on the effects of the strikes,” says Wim Zwijnenburg, the project leader of humanitarian disarmament at the NGO PAX and coordinator of EFAD. “Armed drones wasn't a well known topic among civil society organisations working on the EU but it slowly started getting more traction after 2012, as more reports on the impact and proliferation of drones were published.”

The Forum has put a Call to Action and various statements on the use of drones by European countries, as well as organised various conferences and meetings on this topic.

“Over the course of more than a decade Amnesty and other NGOs have documented unlawful drone strikes and exposed how these strikes have violated the right to life, sometimes amounting to extrajudicial executions and other unlawful killings,” adds Ella Knight, campaigner in the military, security and policing team at Amnesty International - taking part in EFAD. “We’ve also seen that their use has been characterised by a lack of transparency and accountability, meaning survivors of drone strikes and the families of victims have struggled to access justice and effective remedies.”

As a direct consequence of the lack of transparency, it is difficult to count drones already existing and at disposal. Based on available open-source information, there are at least around 426 unmanned aerial systems (armed and unarmed) in Europe or about to be purchased by European states.

To reduce fragmentation, many suggest that the EU should aspire to develop its own army. The topic has been in the news again at the time of the elections and generated some clashes between the candidate. Guy Verhofstadt of the Alliance of Liberals and Democrats for Europe (ALDE) showed himself in favour on several occasions. Similarly, German conservative Manfred Weber backed Chancellor Angela Merkel’s ambition for a permanent multinational armed force.

So this creates another criticism: while a common strategy could mean a significant saving but it’s still open for discussions, the problem with the EDF is that it may provide the arms before creating the army and even the political frame for it. Representatives of the EU argue that it’s typical of the union to let the markets pull the process towards more integration. Civil society, on the contrary, suggests that the fund will contribute to a new arms race.

“An objective of the Fund is to increase the competitiveness of European military industry on a global level,” says Laëtitia Sédou, EU Programme Officer at European Network Against Arms Trade (ENAAT). “And weapons proliferation encourages the use of force rather than peaceful solutions.”

ENAAT was responsible for an appeal to the European Ombudsman Emily O'Reilly, regarding the group of personalities on the preparatory action on common security and defence policy-related research. Convened in March 2015 by the Commissioner for Internal market, industry, entrepreneurship and SMEs, the group was comprised of sixteen members.

It included people working at the time for the defence industry and research centres to benefit the funding (9 of 16 members), political members, such as members of the European Parliament, national Parliaments and the Commission. Eventually the Ombudsman agreed that, in view of its composition, it would be difficult for the Group of Personalities to be considered as an ‘expert group’. But she also suggested that, for the future, the Commission should ensure the same level of transparency for such informal groups as the one required for formal experts groups in order to strengthen public trust in its work.

If we look at the US, some warnings emerge. Civilian casualties of air strikes from 2002 amount to 774 at least, according to The Bureau of Investigative Journalism. Yet, Trump revoked Obama rule on reporting drone strike deaths outside declared 'areas of active hostilities' and lowered the “threat standard” by removing the condition that a terrorist target has to pose an imminent threat to US persons. In her article “European defence fund and European drones: mirroring US practices? ”, Delina Goxho, external consultant on armed drones and protection of civilians for Open Societies Foundations and the NGO PAX, writes: “The EU was built on a set of values that would be contradicted [...] if Europe does not put in place safeguards and chooses rules of engagement that openly challenge US practice in external missions.”

In the end, the newly elected European Parliament will have to fight for transparency and civil society will be there to remind MEP to do it. “Whatever happens in terms of providing more funding or military capability have to go hand in hand with mitigation measures,” says Beatrice Godefroy, Europe director at the Center for civilians in conflict (CIVIC). “Implementing higher protection of civilians’ standards in arms deals is so challenging even in single countries, I wonder how the EU, entering this game, will manage the complexities of 27 countries.”