How Airbnb lobbies the EU

The short-term property-rental platforms have seen the potential for influence over those EU bodies which are supposed to regulate them, and are now putting resources into it. 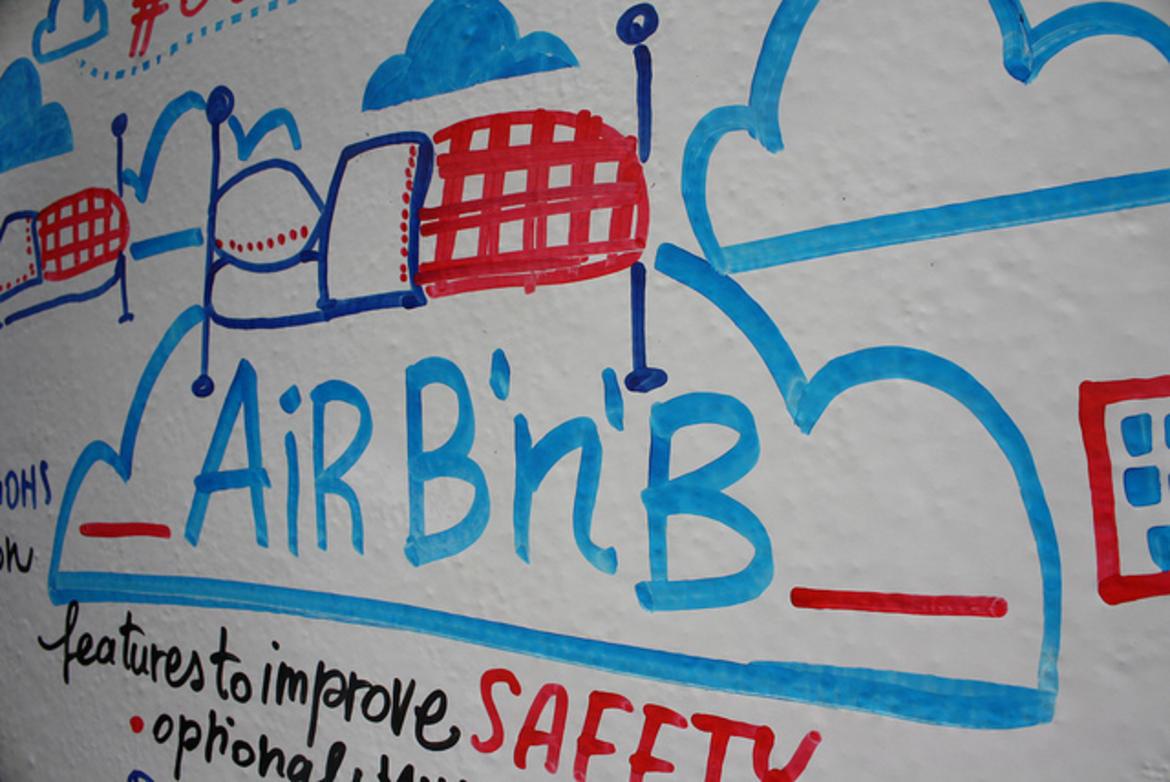 "This is a mistake that needs sanctioning by European law." Such was the reaction of the Union nationale pour la promotion de location de vacances (UNPLV), the industry body representing short-term rental platforms like Airbnb, HomeAway and TripAdvisor, after presentation of France's Elan housing law in April, which increases the responsibility of digital tourism companies. Europe has become a strategic issue for these platforms. In a report published on 3 May the non-profit Corporate Europe Observatory (CEO) shows how they are trying to use the European Commission to restrict or get rid of the regulations introduced by European cities to protect long-term rental markets.

"Their agenda is clear: all obstacles to their expansion must be removed with the help of Brussels", claims Kenneth Haar, author of the CEO report. Like many industries, the short-term rental platforms have representatives in Brussels: in this case the European Holiday Home Association (EHHA), created in 2013, which represents, among others, Airbnb, HomeAway, Schibsted, TripAdvisor and Wimdu. EHHA's annual budget is modest (between € 400,000 and € 1 million) as declared in the 2016 transparency registry, but this increased fourfold from the previous year.

The report shows how the platforms' lobby mobilizes to orient the interpretation of European law in their own favor. For example, it was following a letter sent by twelve platforms in 2015 that the Commission inserted a line in its "Single market strategy" announcing a "European agenda for the collaborative economy containing guidance on how laws should be applied to this industry". This agenda, published in June 2016, contains a notably permissive article concerning the responsibility of platforms, which stipulates that EU countries cannot force platforms to introduce systematic detection of illegal activities on their websites. In addition, if public authorities want to impose registries, or authorization, of hosts, they must be able to prove that these restrictions are "necessary, proportionate and non-discriminatory". This was a battle won by the lobbyists in Brussels: CEO points to a letter coordinated by Delany & Co, a lobbying company (directed by Luc Delany, a former Facebook lobbyist) and subsequently a meeting between EHHA and the Commission.

But that is not all. Shortly after the publication of this "agenda for the collaborative economy", EHHA filed a case at the European Commission against four European cities (Paris, Berlin, Barcelona and Brussels), on the grounds that their regulation of short-term rentals are excessive and infringe European law. This type of complaint – assuming the allegations are correct – launches a procedure called "EU Pilot", a mediation between the European Commission and the concerned countries with the objective that they bring themselves into line with European law.

"We are looking into the complaint", says Guillaume Roty, spokesperson of the Commission's office in France. The hitch, as underscored by the CEO report, is that these cases concern member states only, whereas this particular complaint is against local governments. The Paris municipality has confirmed that it has no interlocutor on this subject.

At the end of the EU Pilot procedure, if the mediation has not resolved the issue, the Commission can launch an infraction procedure, asking the EU Court of Justice to give its interpretation of European law and if necessary condemn the infractions. In other words EHHA is not hesitating to use judicial deterrent as a weapon. "We do not yet know the end of this story", says the CEO report's conclusion, but "it can no longer be denied that Airbnb has become a multinational like any other". Whose methods of European lobbying are indistinguishable from those of the GAFA – Google-Apple-Facebook-Amazon.