Growing and slowing down: Central Eastern European economies and the EU funds

Since their accession to the European Union the Visegrad four and Baltic countries' economies have been growing significantly, mainly thanks to EU funds. But there are differences among the countries. 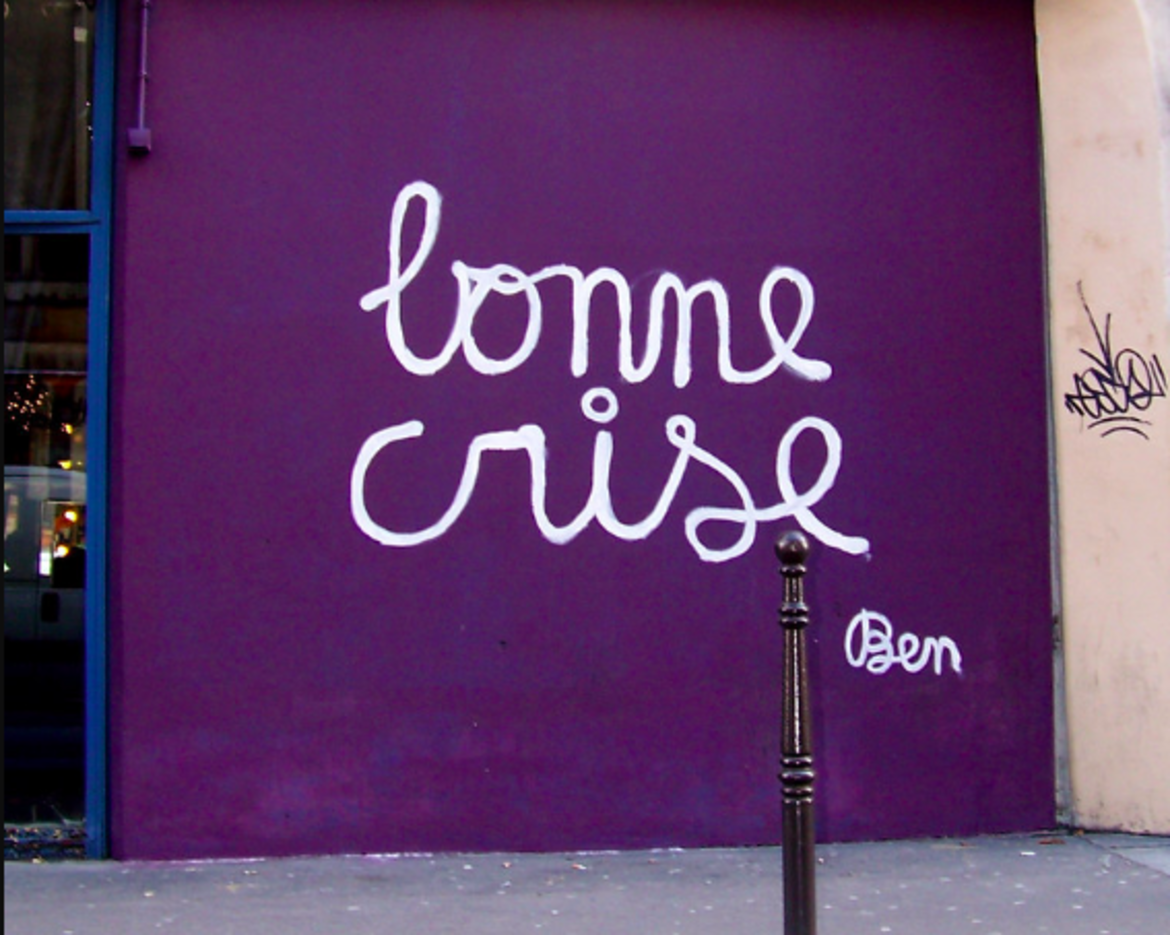 We can analyze the performance of the Hungarian economy and the growth of GDP from several perspectives. We can compare it with the western European countries, which is an ambitious approach, since those who have started from a much higher level have been able to record much higher profits even with a lower growth rate, and there is still a large gap between the nominal values ​​of GDPs. We can look at the data on their own, which is also misleading, because even if the numbers show that the economy has gown in recent years – and here comes the third point – the growth is not so obvious if we take into account our regional competitors. In the big enlargement wave of the EU in 2004, ten member states joined the EU: the four Visegrad countries, the three Baltic states, Cyprus, Malta and Slovenia. In 2007 Romania and Bulgaria and then in 2013 Croatia.

Let's look at the numbers. The European Commission's assessment includes GDP growth numbers for all Eu countries (or prospective member states) from 2000 onward. For the first 15 years, they provide five-year averages, and from 2015 we can see the annual growth data. At a first glance, Hungary’s data has been remarkably weak between 2004 and 2014. In the first five years, an average annual increase of 0.5% and 1.4% was achieved. Some data from other countries for the same period: Poland 4.7 and 3, Slovakia 5.1 and 2.7, Romania 4.7 and 1.4, Lithuania 2.4 and 3.7. This difference will also be reflected later in the data on the total GDP growth.

There are a number of reasons why the economy did not want to grow in the first ten years since Hungary’s accession to the EU. The state authorities' irresponsibility is part of the reason, as the population was indebted in risky – later tragic – foreign currency loans, the Medgyessy government increased wages without an economic foundation for it: the budget went out of control due to over consumption and the fact that the Gyurcsány government has pushed the growth hand brake down from 2006 to stabilize the economic situation. Receiving EU funds has started very slowly, in fact, EU funds for the 2007-2013 period only started to arrive after 2009. Later, all of this has been upset by the economic crisis, which has pushed back all economies. However, it only reinforced Hungary lagging behind in the economy.

We asked Zsolt Becsey, a university professor who was a Fidesz representative between 2004 and 2009 in the Economic Committee of the European Parliament, and also worked as Secretary of State for Foreign Economy, to comment on the figures. According to Becsey, it can be seen that for the new member states, convergence was more spectacular in the first half of this period than in the second, except for Hungary, where convergence had been lagging behind. At the same time, the post-crisis slowdown in real convergence applies to the EU countries which have joined the euro area, as well as to those who have not. From this point of view, the eurozone has not shown significant advantages for convergence, but is not the same thing in terms of the security of the financial system, or with regards to price and wage convergence. The expert also drew our attention to the fact that Hungary evaluated its national currency continuously and perhaps to the greatest extent in the region, to reduce wages calculated in euro. There were competitiveness reasons for this, but the Czechs, though they had not joined the euro area, did not need this measure.

Looking at the GDP growth figures after 2015 broken down by year Hungary’s performance is improving, but on average it is not better than its competitors’. The same figures, or even better ones, are produced by Czechs, Slovenians, Poles, Slovaks, and we can mention Romania's 2018 GDP growth of 7 percent or Malta's more than 10 percent in 2015. With regards to this, Zsolt Becsey pointed out that in countries such as the Baltic ones, huge sums of money were not invested in unsustainable infrastructure, sports halls and huge swimming pools, railway, as it happened in Hungary. The investments were primarily made instead on road infrastructure, and in education, in business development, there growth is more impressive. In fact, rail investment at this stage in Hungary did not lead to an increase in traffic, the system’s deterioration was prevented, but it does not help convergence for another 10 years, Becsey said.

This is underpinned by the fact that Hungary, but this is true for the whole region, managed to receive little money from the Horizon 2020 program, an €80 billion program supporting innovation and research. Not one project in central and eastern Europe managed to get more than half a billion euros. It is also spectacular that structural funds are very highly represented in public investment. To maintain a balance, much more private sector investment would be needed for convergence, but private investment in Hungary has hardly increased in recent years. Also, the European Commission’s latest job-creating, entrepreneurial incentive program, called the Juncker Plan, hasn't helped the region that much. Hungary has taken up a small but still repayable loan facility provided by the European Investment Bank, since this would need private investments as collaborating partners.

€ 365.2 billion is the amount the EU allocated for the ten member states that joined the Structural Funds in 2004-2020, Hungary received € 55.2 billion of them. According to the European Commission, this amounted to 2.6 percent of the average annual GDP of the member states concerned. In these ten member states lives the 14 percent of the EU population, but only 7 percent of EU GDP is produced. However, compared to the EU average, the ten countries have grown by 3.3 percent more, over the past 15 years. We asked Zsolt Becsey whether this was enough to catch up with the rest of Europe.

“There is a quantitative leap in relative convergence, but it is also starting to get wear off in the countries that do better, " the expert said. –“If there is no convergence in innovation, and training, research, patent, if the productivity of the domestic small and medium-sized enterprises is weak, when its own capital investment ability is weak, then there is no significant progress. Of course, the situation is somewhat better than in southern Europe, where real convergence is practically negative, as in Greece and Italy, or stagnant as in Spain and Portugal, but the Hungarian and Slovenian convergence is hardly perceptible, the others are somewhat better so far because of the lower base. Our debt-to-debt interest payments are still high in terms of GDP, Hungarians are paying more than the Belgians, the French or the Austrians” he added.

According to the Brussels flash report, GDP per capita in Hungary increased by 57 percent between 2003 and 2017, which is 7 percent above the EU average. It should also be noted that among the Baltic and Visegrad countries Hungary is in the last place.

Two major researches have been carried out on the impact of the EU cohesion programs for 2007–2013 on Hungarian GDP growth by KPMG Consulting Ltd. and GKI Economic Research Co. In the research put together on a request by the Prime Minister's Office, Hungarian GDP between 2006 and 2015 without EU funds would have fallen by 1.8 percent, (with EU funds it grew by an average of 4.6 percent). The other research, carried out by the Hetfa Research Institute, stated that Hungary achieved 2 percent higher GDP with EU funds by the end of the period.

Zsolt Becsey believes that Hungary's high growth figures are due to economic policy and to a relaxed external environment, and are partly due to the high level of EU funding and to the deficit. In his view, the question now is whether Hungary can maintain this, especially by also maintaining the external balance. “Growth is a big success, but the challenge is to use these good times as structurally as possible. Employment has grown, which is a great thing, but this extensive reserve is about to go down, and the future is determined by whether we can move forward with intensive productivity”, he summed up his own forecast.

Finally one important note. Not many people speak of an issue that will have an impact on the Hungarian current account within the next decade. This is about the significant reduction in the amount of money sent back to Hungary from outside the country. Currently, this amount is estimated at 3 billion euros per year, which the current account balance desperately needs. However, the children of those living outside Hungary will send much less to home, they will have little and no motivation and will belong to different societies. Parents who are working now may go back to Hungary, but they will be provided for by their pension, and will not need their children's subsidies. For the new generation, the money will turn back to the economy where it was produced. Along with the decreasing EU subsidies, these are two important circumstances that are challenging for convergence.