From low trust in institutions to the rise of ‘critical citizenship’?

A Eurofound study provides data on trust in institutions in EU member states and points at the question of “critical citizenship”. We review the data with experts from across Europe. 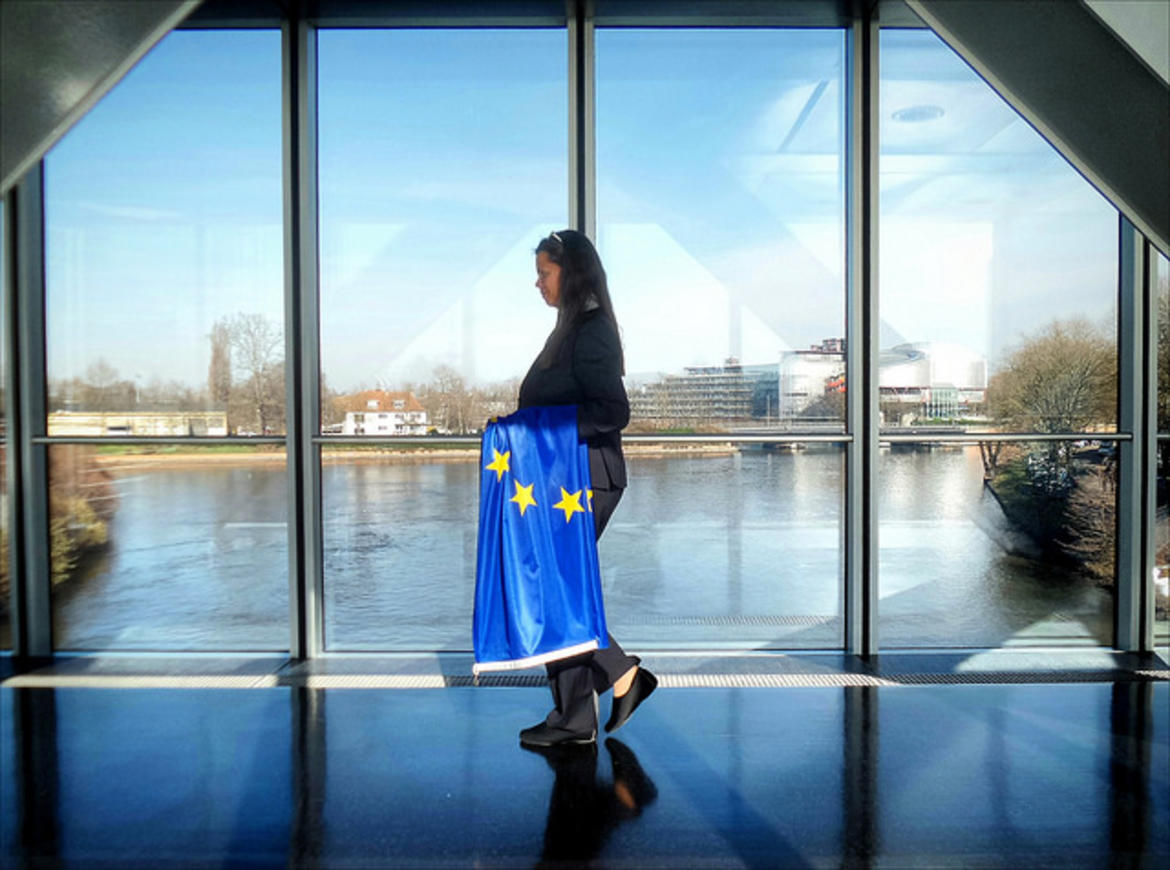 Though more information is available also on trust in non-political state institutions (police, legal system) and non-state institutions (media) starting from a general review of low trust in political institutions, we discuss the data and views on the subject of ‘critical citizenship’. All data discussed in this article refer either to 2011 or to 2016.

The following heatmap shows different levels of trust in political institutions across Europe in 2016. More in detail, the map depicts the share of people who can be considered to have low trust in the political institutions of their country (low trust is defined through a 1 to 10 scale: people scoring 4 or lower are considered to have low trust).

Greece tops the ranking of countries having the highest share of people not trusting their own political institutions, followed by Croatia, Slovenia, Bulgaria, Spain and Romania (all rates over 50 percent). At the other end of the spectrum, we find the Nordic countries, Finland, Sweden and Denmark, and the Netherlands. Finland tops the ranking with only 11 percent of its population having low trust in their political institutions.

Turning to a slightly more dynamic perspective, the following chart portrays the change of the same measure between 2011 and 2016.

Remarkably, an overwhelming majority of countries are characterised by a positive dynamic, i.e. diminishing rates of people with low trust in political institutions. This trend seems particularly prominent in some countries of the Eastern and the Baltic area, such as Romania and Lithuania. On the other hand, only two countries ‘resist’ the tide, namely France and Spain. One could speculate whether these indicators could be interpreted, ex-post, as an early sign of the rise of the “Yellow Vest” movement in France, on the one hand, and of the far-right party, Vox, in Spain, on the other.

From low trust to action or withdrawal?

The Eurofound study opens a wide range of perspective on ‘societal trust’ and its determinants. However, we found the topic of ‘political participation among people with low trust’ to be of particular interest. The next chart depicts the share of people who are taking part in political activities among those deemed to have low levels of trust in political institutions.

As the authors of the report state: “Low trust does not necessarily infer disengagement” (p. 3). This seems to be particularly true for Nordic countries (see Sweden and Finland), but, also, for Western European member states (the Netherlands, the UK, Belgium, Ireland, Luxembourg). Countries from Central, Eastern and Southern Europe are occupying the positions below the median (Slovakia= 23 percent). Remarkably, at the aggregate level, in almost all countries (but Sweden) the share of non-active people is higher than those who are active.

But what does ‘political participation’ actually mean?

According to the report, “political participation is based on four items [...]: ‘attended a meeting of a trade union, political party or political action group’; ‘attended a protest or demonstration’; ‘contacted a politician or public official’; and ‘signed a petition, including online petition’ [...]” (p. 43).

Lorenzo Mosca (University of Milan) warns that “it is still necessary to discriminate between different forms of participation”. Political participation in the form of taking part in political- or trade union-related activities “cannot be compared to the alleged signing of online petitions”. “There are citizens for whom ‘non-conventional’ forms of participation signal their disaffection”, Mosca says.

Tadas Leončikas , senior researcher manager for social policies at Eurofound, explains that whilst “some traditional forms of participation appear to decrease, signing online petitions is on the rise”. Moreover, although “some are sceptical about ‘keyboard activism’”, data concerning this new form of political engagement highlight “its ‘equitable’ features’”.

Leončikas also brings some “concerns for reflection” as he points out that “[given] the proliferation of platforms for e-petitions/signatures, [one] could wonder how far these will remain genuine and how far they can be manipulated by the tools that the big data enable, such as targeting of specific groups, merging with advertisement and so on”.

The rise or fall of ‘critical citizenship’?

As for levels of trust in political institutions, we were interested in looking at the evolution over the past few years even in terms of political participation. Thus, the next chart shows the change in the share of politically active persons among low trust individuals between 2011 and 2016 for each EU member state.

The authors of the Eurofound report suggest: “If the erosion of trust is accompanied by an increase in political engagement, this may be an indication of the rise of critical citizens who give voice to their discontent. On the other hand, if falling trust in institutions is coupled with decreasing political participation, then one may assume that political cynicism prevails” (p. 43).

How can we interpret the trust dynamics in relation to the rise (or decline) of critical citizenship?

Mariano Votta, founder and Director of the Active Citizenship Network (a network of European civic organizations which aims at encouraging active participation of citizens in European policy-making) argues that “trust in institutions and the chance to make a difference individually are closely linked”. “If you engage in civil society, but you feel your impact is limited, your frustration towards the system and the very action you undertake to change the former is likely to increase”, he explains.

Stretching Votta’s words, one could argue that falling short of the principle of subsidiarity in policy-making can trigger negative effects in terms of political participation. This actually resonates with some academic approaches to the matter.

For instance, prof. Janne Haaland Matlary (University of Oslo, and former State Secretary for Foreign Affairs of Norway, 1997-2000) dealt with the issue in a paper published back in 2017 (here also a video presentation). In a nutshell, Matlary argues that meaningful political participation is linked (besides a certain degree of economic well being) to the following elements:

But how much does the theory resonate with the evidence of the Eurofound report? And how much do these theoretical categories help us to make sense of the dynamics captured by the data? In the next section, we discuss the cases of Belgium and Croatia, two countries at the opposite ends of the trend when it comes to ‘critical citizenship’ (see figure 4).

The case of Croatia is arguably one of the most interesting ones for the simple fact that the fall in political participation rates spans over a period which saw the country being outside of the EU (2011) and then, successively, (2016) being a member state.

“There was this sense of aiming at a common objective, namely joining the EU”, says Dina Vozab (University of Zagreb) . She recalls that “the EU accession had been the lead story in the media of the country for a long period of time”. To a certain extent, hinging upon Matlary’s framework, the EU could have played the role of the ‘common good’ citizens were looking forward to. Yet, Vozab argues that the discussions in the media were not accompanied by a surge in mobilisation: “It was rather top-down”. And “the EU accession referendum featured a very low turnout” (it was 43 percent ).

Crucially, in parallel to the accession, “lawmakers drastically lowered the threshold for people being able to trigger referendums”. However, over the past few years, it appears that “right-wing civil society movements have profited the most from the new institutional setting”. “These movements have advocated against same-sex marriage and pushed for changes in the electoral law of the country”, Vozab explains. On top of that, as for the case of the EU accession process, “these phenomena have been mediatised a lot”.

Nevertheless, the data should have captured these movements. Could the prominence of right-wing movements have refrained the people from taking actively part in participatory practices? “I don’t think so”, Vozab says. She adds that recent studies investigating the behaviour of the youth amidst the economic crisis, point at a particular understanding of politics: “Political action is used in a rather strategic fashion and conceived as a tool for individuals to climb the social ladder”.

Summing up the past ten years of Croatian politics, Vozab argues: “There was a feeling of more pluralism and changing power structures with the objective of accessing the EU. Then the lack of political goal stepped in, followed by disillusion. Nowadays, in Croatia, politics is perceived as a zero-sum game”.

Together with the Netherlands, Belgium is one of the countries that experienced a rise in political participation among people with low trust in institutions. Moreover, the country is currently experiencing a tide of protests linked to climate and lead by youngsters from high-schools.

According to Quentin Genard, Senior Policy Advisor at E3G and leading the work on the EU’s Vision for a Climate Neutral Europe, people can actually “have a hard time with politics because the political system is really complex”. As such, at a general level, citizens might feel “disempowered”.

So what can explain the data? “One crucial thing to consider is that Belgium has one of the highest rates of trade union membership because unemployment benefits go through them”, Genard explains. Yet, although this might shed light on overall high levels of ‘political participation’, we are still left with the change between 2011 and 2016. “A factor which could have played into this dynamic, is the overall political context, as in 2011 we were still in the midst of a long political crisis”, which left the country without an elected government for more than 500 days.

Could the protest movement lead by high school pupils be a bi-product of the rise in critical citizenship observed between 2011 and 2016? And, in case what makes this generation different with respect to the previous ones?

Genard says, “in a sense, the previous cohort of youngsters in Europe was a product of 9/11, whereas, the climate change-related protests could define this generation”. But he explains that “the prominence of the topic of climate change hides the fact that pupils are asking for much more: the issue of ‘intergenerational inequality’ is key to them”.

One might wonder if these protesters are actually falling inside the category of citizens with low trust in political institutions. “It is an interesting question. Indeed, youngsters in Belgium claim that politicians are failing them. Yet, their points they are raising are inherently political”.