An increasingly large ball that ends up more and more often in the same goal. That’s the new face of European football 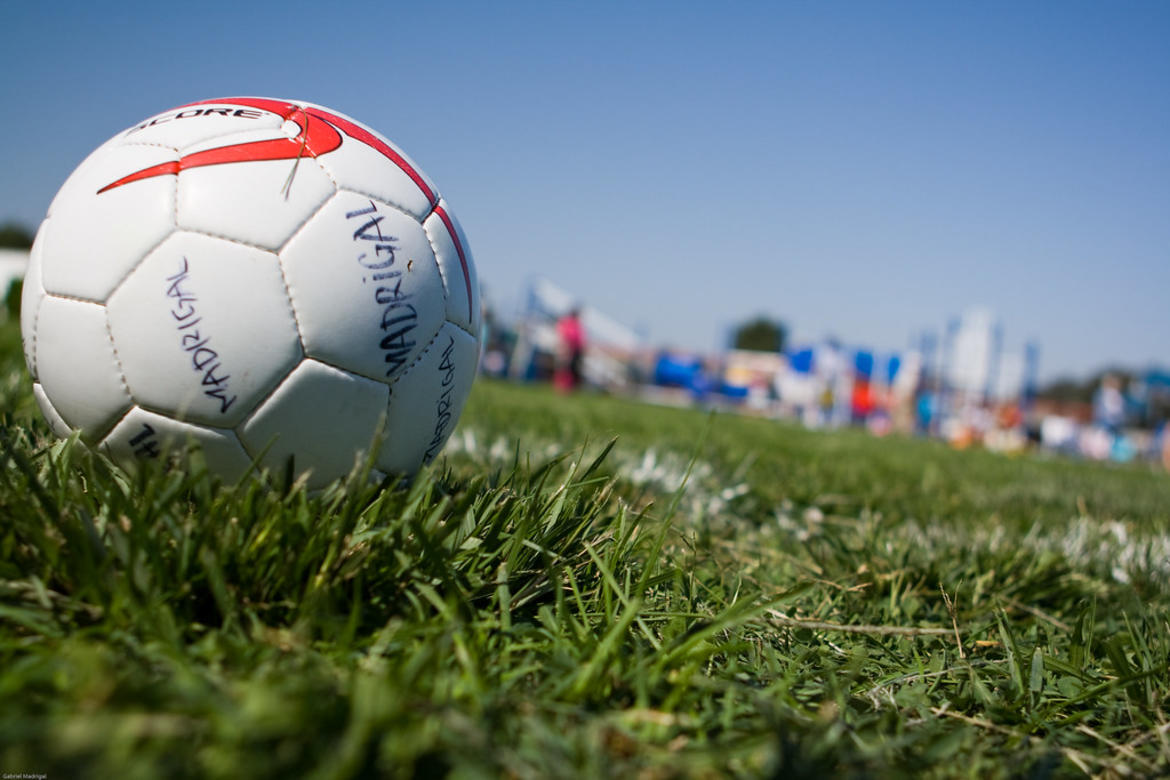 We can see an extraordinary economic development happening to the beautiful game. The revenue of European clubs has increased by six in twenty years – even though football is already a very established market.

The reason? A “virtuous” cycle that began in the 1980s with the appearance of private TV channels and the ferocious competition that they introduced to obtain broadcasting rights. The clubs therefore started sharing an ever greater payout that they used to buy the best players. Which helped to fill stadiums, to sell football shirts and to attract sponsors prepared to pay a lot for the prime places on the TV, which had to spend ever more to be able to broadcast these precious matches…

As the main reason for footballs economic rise, TV broadcasting rights are also one of the most powerful drivers for the deepening inequalities between clubs. Admittedly, within a single competition, the income from TV rights is shared quite equitably between different teams. But there are significant gaps between the different competitions, which overall widens the inequalities.

The English Premiership attracts by far the most income in the world: in the past few years, TV rights have soared to the point that, beyond the English clubs, only Real Madrid, FC Barcelona and Turin’s Juventus reach the Top 20 clubs in terms of revenue earned from national TV rights. Paris Saint-Germain or Bayern Munich are, for example, ranked lower than the modest English football club Sunderland…

European TV rights, based more on sporting results, are more balanced: only four English clubs made the European Top 20 in 2015. But if these rights are less favourable to the English, they are still particularly badly distributed at a European level. It is chiefly the clubs in the four main leagues that benefit from them: England, of course, but also Spain, Italy and Germany. And even within these leagues, the gaps between clubs is growing ever wider. The 30 clubs that generate the most income in Europe take 49 percent of the total revenue of the 679 European clubs.

The growth of income disparities, year after year, has ended up creating signficant gaps at the level of sporting ability, reducing little by little the uncertainty of match results. That’s why the Champions League, the most prestigious competition for clubs, has become drearily predictable, with the same teams from the same leagues beating more and more often the teams from ‘minor’ leagues.

The total income generated by a club defines the quality of players that it can attract or keep. The higher the income, the more the club is able to buy or retain the best players. Unsurprisingly, with the soaring prices for TV rights in England, players’ salaries have rocketed: the total payroll in the English Premier League is more than double that of its rival, the Italian championship. The European landscape for the market value of players therefore cements the disparities in income.

Over the years, clubs’ economic development has been made possible through a major build-up of debt. That’s why the Union of European Football Associations (UEFA), the organiser and overseer of European football, launched financial fair play regulations in 2011. These regulations forces European clubs to limit their financial losses. Over a three year cycle, a club cannot report more than €30 million in losses. Thanks to a reasonably strict enforcement of this measure, the losses in European clubs have been reduced, and clubs’ indebtedness is starting to fall.

But the financial fair play regulations do not address the growing disparities between clubs. To do so, it would be necessary to put in place more rigorous regulations. For example, it is possible to require that clubs abide by a quota of players trained within the club. UEFA has in fact introduced this obligation for teams that play in the European cups, but to a minimal degree: only 4 players out of 25 must have been trained at the club. More ambitious yet would be the measure consisting of putting in place a salary cap.

The spectacular rise in transfer prices for players and in the total wage bill doesn’t only create inequalities between the richest clubs and the others. It also creates new inequalities within clubs, between the superstars and their team mates. For example, in France in 2014, the salary of the 20 best paid players in Ligue 1 ranged between €250,000 to €1.5 million net per month, while in 2011 it was between €220,000 to €375,000. The recent growth has therefore hardly benefitted ‘normal’ players in the division, nor players in the lower division.

It is now time to truly regulate European football. Because, at this rate, we will have to modify the famous phrase of Gary Lineker: “Football is a simple game. Twenty-two men chase a ball for 90 minutes and at the end, the Germans always win” by replacing “Germans” with “the rich”.