Europe is no longer afraid of nationalising companies

Nationalising companies is no longer a taboo topic for the European Union's state members. After the 1990s and the beginning of the 21st-century privatisations, the economic crisis of 2008 gave a central role back to State ownership. The COVID-19 outbreak has opened the leading European companies' doors to the public capital. 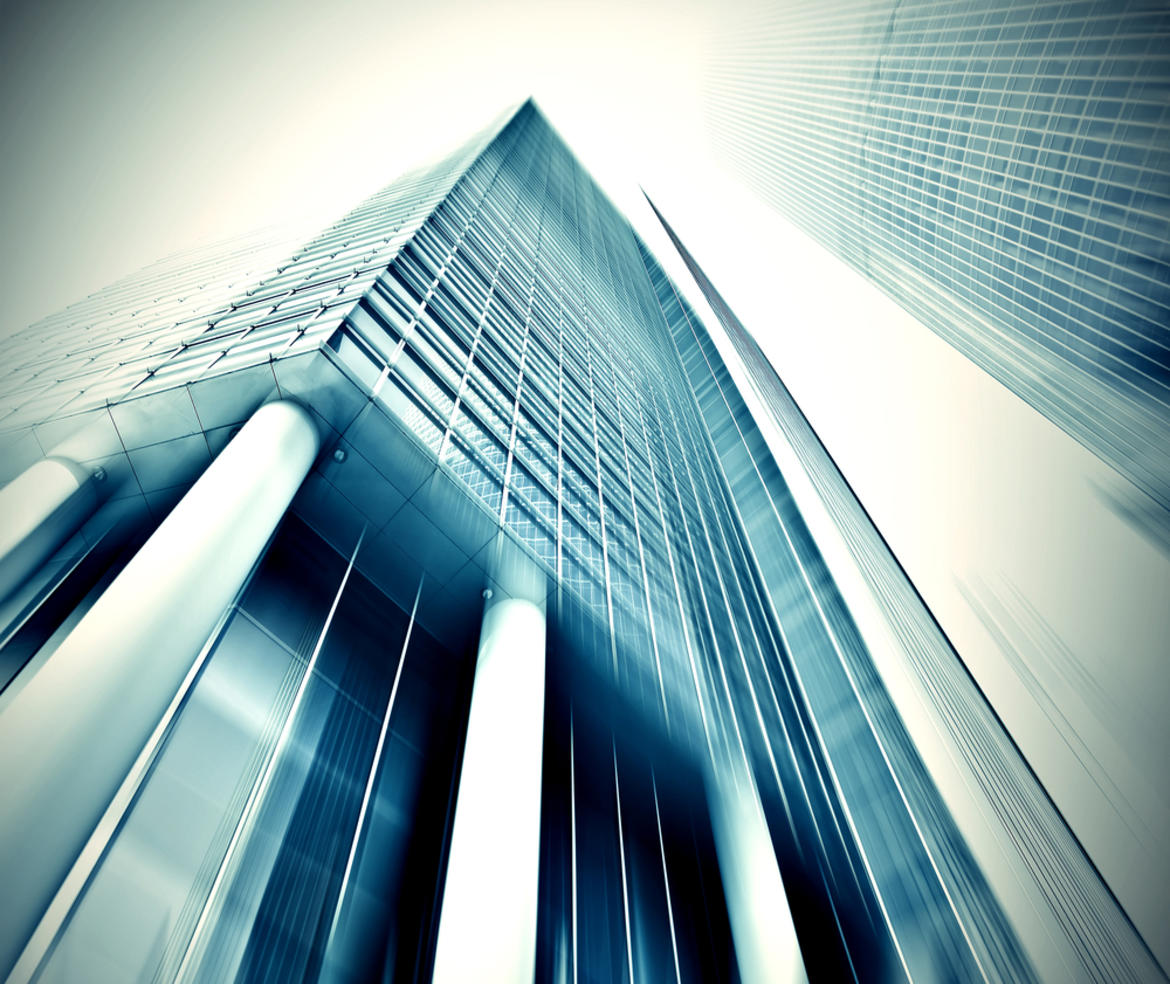 The term "nationalise" has historically been regarded with deep distrust by most European countries. This left-wing parties' wet dream is considered the worst nightmare for the right-wing European parties. For the leftist supporters, the state should provide essential services such as electricity, transport, water, and participate in strategic sectors such as banking or aviation. On the other side of the political spectrum, instead, the right depicts those strategies as a communist regime course of action , defending the free market self-regulation. An example of this eternal debate came out in Spain in January 2021, when a cold wave hit the country in conjunction with the most significant increase in the electricity bill .

Lately, public companies are rekindling among the European Union’s Member States. The economic crisis of 2008 put an end to decades of privatisation and liberalism, and the COVID19 pandemic has proved this turnaround. "I will not hesitate to use all the available means to protect the most prominent French companies. We will achieve this goal through recapitalisation, acquiring shares, and I can even use, if necessary, the term 'nationalisation'", declared the French Minister of finance, Bruno Le Maire, in March 2020.

Hungary and Poland have strengthened for years their public business structures to gain self-autonomy and weaken foreign ownership . Nevertheless, countries like Germany or France have recently changed their official line acquiring a more radical approach. Despite the usual German perception of state intervention in private companies as a violation of the free-market orthodoxy , last May, the Merkel government bailed out Lufthansa airline with a 9 billion euros fee in exchange for 20% of its shares. Things are changing, and the growing interest in public companies all around Europe has come to stay.

From Thatcher to Podemos: privatisation or nationalisation

The Great Depression of 1929 and World War II pushed many Governments to adopt a more active role in the economic sphere . Public companies got interested in new strategic markets to correct possible counter-measures and pursue the public interest. Beyond telecommunications, postal services, airlines or railways, in theory more efficient with a supplier or natural monopolies, the governments began to focus on new sectors such as manufacturing. An example of those novel investments is the Spanish Society of Tourism Automobile (SEAT ), founded in 1950 by the Spanish National Institute of Industry lately privatised in 1986.

Such was the public company's popularity at the end of the 1960s that no politician would have thought of privatising a firm. However, something changed whit Margaret Thatcher's advent . As a British Prime Minister, running the country from 1979 to 1990, Thatcher revolutionised the British economy, over-controlled by the central state until the 1980s. Her success inspired the rest of the European countries to adopt liberal policies. Thatcher's privatisation and deregulation model coincided with the collapse of the Soviet Union in 1991. It was the end of the public company's boom.

From the 1980s up to the early 2000s, privatisations marked the European economic context considering state ownership as a scourge, an obstacle that limits markets' complete efficiency. Countries such as Austria, Denmark, the Netherlands, Spain or Sweden developed their public bodies restructuring plans . Nevertheless, it wasn't until 1993 that the most ambitious plans got implemented through the Economic and Monetary Union, introduced right after the Maastricht Treaty ratification in 1992.

The disposal of public enterprises generates for the UE the equivalent of 7,1% of the Gross Domestic Product (GDP) produced by the Member States between 1993 and 2002. The Maastricht Treaty also reflected the agreement reached among states and governments to lay down the requirement to keep their public deficit below 3% of the GDP as a fundamental condition to integrate the EU. This contingency set the first step to justify the upcoming wave of massive privatisations.

Still, as it happened right after War World II, when nationalisations became the norm, privatisations also bottomed out due to the economic crisis in 2008. The collapse of the European economy set back a central role to the state in different circumstances. The Chinese move to invest in public state companies submitted a new paradigm. Even though the public involvement in the market had fallen in China in the last four decades, the "State Capitalism" set by Xi Jinping implied that 67 of 69 Chinese enterprises among the 500 world most prominent companies in 2014 were under state ownership. The scale was unbalanced, and Europe was not competing on an equal footing.

In the last 15 years, through nationalisations as the German Commerzbank in 2009 or the Spanish Bankia in 2012 , public companies caught up in Europe, although much is still to be done for some political parties, such as the Spanish left-wing party Unidas Podemos, who claim to establish a public energy company and a state bank . Beyond the political stance, the Spanish business network is one of the weakest in the EU. The lack of debate on this issue in other EU's nations is due to the fact that strong public companies already exist.

Pandemic boost state ownership, but not in all countries

Barely a month after lowering the Member States conditions to inject public money on companies to ease the pandemic damages, in April 2020, the European Commission changed the Temporary state aid Framework to facilitate state intervention. The announcement set a precedent that clashes with the ordinary Brussels financial discipline underpinned by free-market advocacy and non-state economic intervention. Yet, some European states were already considering to nationalise some emblematic companies.

Since then, European governments have devoted a vast sum of money to keep their business sector afloat, mainly through tax relieves, allowances, loans, loan guarantees, and, since the recent Commission approval, stock purchases. Besides, it won't be surprising that many companies couldn't cope with the refund of the amount paid, turning to debt-to-equity swap or expropriations. For the time being, the Temporary State Aid Framework will be valid until December 2021.

If banks were the leading companies nationalised during the last economic crisis in 2008, nowadays, it is time for airlines. The European Commission has already approved public aids in the exchange for shareholding in Germany, with the disbursement of 9 billion euros to Lufthansa and 1,25 billion euros to TUI ; in Finland, with 286 million to Finnair ; in Latvia, with 250 million to airBaltic ; in Denmark and Sweden, with one billion euros between the two for SAS . Italy came close to recapitalise Alitalia but eventually opted for creating a new substitute airline, Ita .

Meanwhile, France hasn't nationalised any company yet, and its strategy so far has been to inject 5 billion euros to Renault and 7 billion to Air France . The French finance minister, Bruno Le Maire, announced at the beginning of the year that the "worse is yet to come" and acknowledged that "2021 will witness more bankruptcies than 2020" ." We won't abandon anyone, we will offer all the available money" he said.

These strategies are a double-edged sword. On the one hand, they can re-empower public company's roles for European economies, but on the other, they can also break in two the current unique European market. State property is far from being symmetric among the Member States, and the replication of the German public inversion in private companies for countries such as Spain is not a fact. Quite the opposite: among the public aid approved by the Commission in June last year, 51% went to Germany and 4,8 to Spain . Not for nothing, the Spanish economic vice president, Nadia Calviño, tried to avoid at all cost Brussels go-ahead to enterprises nationalisation, a term especially controversial for Madrid.

Spain's poor experiences in the 1960s and the 1980s, when the government had to rescue many public companies at the brink of bankruptcy to prevent a political defeat, remains in the Spanish political imaginary. In the 1990s, the economic losses due to those bailouts, made it harder for Spain to enter the economic and monetary union. No Member State could indeed have its public deficit over 3% of the GDP, with the Spanish one was around 4% . To cope with that, Madrid implemented extensive public companies' privatisations, resulting in more than 120 firms being liberalised since 1985 , in order to be at the bottom of Europe when it comes to the share of public company workers, that only represent 0,8% of total national employment, and the economic weight of public companies, 4,43% of the GDP.

These shortcomings are more evident in the energy sector: in 2014, state-owned companies involved in the Spanish energy generation total capacity accounted for 5%, ahead of Portugal only. The figure was 22% in Italy, 30% in Germany, and 70% in France. What's more, throughout the UE, every Member State holds at least a publicly owned enterprise, mainly in the field of generating and conveying state, regional or provincial electricity, with only Spain and Portugal as exceptions. On the contrary, France possesses most of Areva shares (88,41%), a world leader in nuclear energy, and EDF  (84,94%), the leading electricity producer and distributor in Europe. That's also the case of Italy, that owns 69,17% of Enel Green Power , the world leader in renewable energy production.

The debate on the management of publicly owned companies will still have a long road in the EU, its existence however is already a shred of evidence. If everyone looks up to the state during crisis periods as the COVID-19 one, the opposite should not happen in periods of prosperity, especially when there is an increasing concern about national security and autonomy in vital sectors, such as the energy one.