If the EU is serious about the environment, it can no longer ignore the connection between animal farming and carbon emissions. No wonder a growing number of Europeans are turning vegetarians or even vegans. 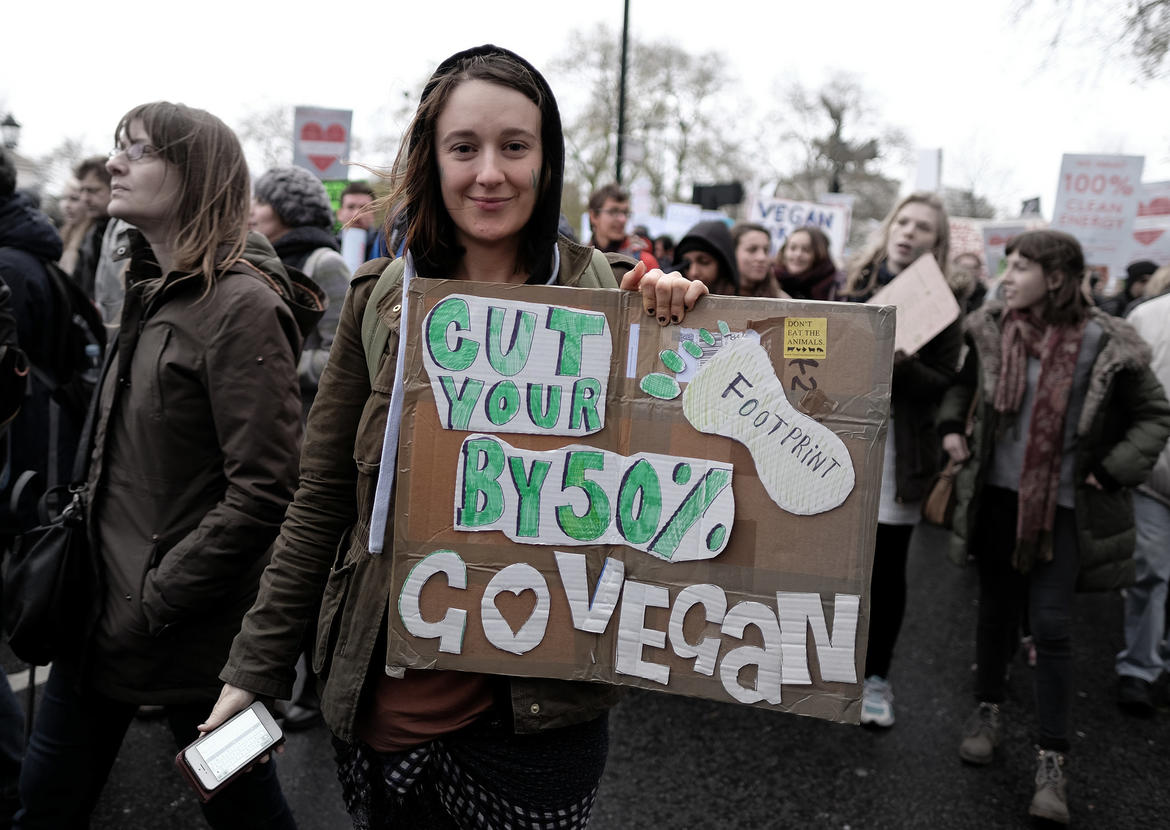 What was once a fringe minority has now become the diet of choice for many Europeans, with ever more people refraining from eating meat by adopting a vegetarian or vegan diet (between 2 and 10 percent of the overall population according to the Meat Atlas, though the European Vegetarian Union estimates it at about 6 percent), while the continent leads the way for meat substitutes with 39 percent of global sales .

Though Europeans continue to be among the largest consumers of meat in the world, the environmental impact of meat and dairy production has EU policy makers changing their tune while consumers have become more conscious of the environmental, ethical and health impact of their diet. Yet, if the EU, citizens and politicians alike, are serious about the environment, they can no longer ignore the very serious facts regarding animal agriculture.

The 512 million EU citizens account for 6.8 percent of the world’s population, but are responsible for 16 percent of the world’s total meat consumption . The current per capita amount of meat eaten by Europeans stood at 69.3 kg in 2018 but that figure is expected to fall to 68.6 kg in 2030, according to the European Union agricultural outlook for 2018-2030 report , though dairy product consumption will climb.

One of the factors behind this projected decrease is the rise in the EU's vegetarian population, who abstain from eating meat, and in vegans, who avoid all animal products altogether. Looking at a set of different studies, Europe has seen a significant increase in vegetarians and vegans in recent years indeed.

The projected trend in decreasing meat consumption in Europe is also down to those who reduce their meat consumption, known as ‘flexitarians’, who are keen to make more health and environmentally conscious food choices but without dramatically changing their diet.

This dietary shift has seen the market adapt to the newfound demand, with meat substitutes' sales growing by 451 percent in the European market between 2013 and 2017. The products have a predicted global market net worth of just under six billion euros by 2022.

The serious environmental consequences of animal agriculture are probably among the main reasons for this shift – and this is also one of the most pressing issues that the EU must address in order to meet its environmental targets.

Yet what the EU says and what it does looks contradictory given the recent Greenpeace study , which found that 18-20 percent of the whole EU budget goes to livestock producers or to producers of fodder for animals, begging questions over its environmental commitment.

Animal agriculture, particularly factory farming, is a top contributor to some of the most pressing ecological crises of our time, estimated  to be responsible for up to 17 percent of the EU’s human-induced greenhouse gas emissions.

The average EU citizen has a food footprint of 1070 kg of CO2-equivalent per year when emissions from production, land use change and international transportation are taken into account. A 2014 research  estimated that if EU citizens ate 50 percent less meat, dairy products and eggs, this would reduce agriculture greenhouse gas emissions by 25 to 40 percent. This would represent significant progress towards meeting the EU target of cutting greenhouse gas emissions by 40 percent for 2030 and 80-95 percent by 2050.

A central issue is the disproportionate distribution of subsidies in favour of animal agriculture. Should they become more fairly distributed to plant-based cultivators, they would encourage more sustainable farming overall and producers' profits would not be affected, while consumers would be eating healthier and more environmentally friendly foods.

Higher taxation on animal food producers, a fairer distribution of subsidies, bold initiatives and better education on nutrition, as well as listening to the MEPs urging the EU to address the problem of unsustainable consumption of animal-based food, would cause a significant shift in Europeans' food habits and food footprint.

As things stand, there appear to be empty discussions rather than practical solutions but what is certain is that no serious debate on the environment can take place without animal agriculture at the forefront.