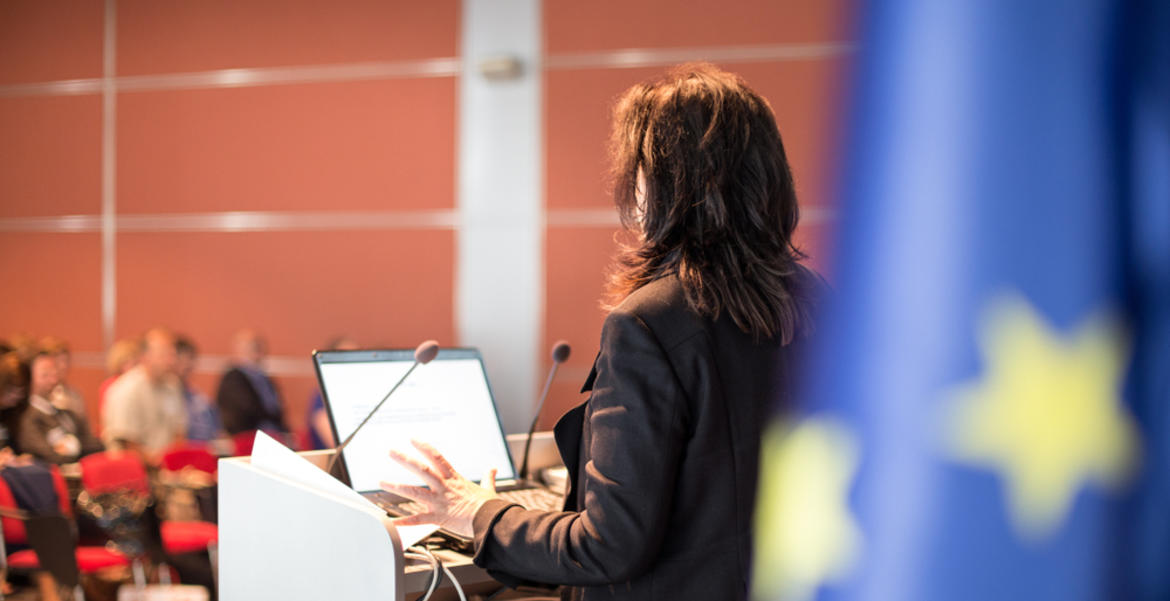 The elections held between May 23 and May 26 formed the ninth European Parliament since the first direct elections were held in 1979, back when women accounted for only 16 percent of the total seats. Since then, the percentage of women has been rising constantly.

When asked how more seats can be gained by women to achieve gender parity in the EU parliament, the spokesperson for the European Institute of Gender Equality (EIGE) said: “the chances of this happening depend to a large extent on whether the Member States that currently have few women MEPs take steps to ensure a good gender balance amongst the candidates for election.

“Official data from November 2018 (36.4 percent women and 63.6 percent men) show that the gender balance in the European Parliament – an institution that expends considerable efforts in promoting gender equality – has hardly changed since 2009 (35 percent women). The most recent European Parliament elections seem to indicate another step closer to parity.

“On the other hand, the European Commission comprises 19 men (67.9 percent) and 9 women (32.1 percent). Improving the gender balance further relies on the member states nominating more female candidates in the 2019 renewal.”

On the other hand, Cyprus has elected zero women to the EU parliament this year, and Slovakia elected only 15 percent. Other Eastern European countries, namely Romania, Greece, Lithuania and Bulgaria, all elected fewer than 30 percent female MEPs in 2019.

“Political parties might be key players since they set party policy and select the candidates for election,” said EIGE’s spokesperson, when asked why female representation in some East European countries is low. “In 2018, women accounted for less than one in five (18.4 percent) leaders of major political parties (those with at least 5 percent of seats in parliament) across the EU, and one in three deputy leaders (33.8 percent). In the Czech Republic, Hungary, Malta and Slovakia, none of the major parties have had a woman leader since data was first collected in 2011.”

Eight member states elected a lower number of women in 2019 than in 2014. Malta, Cyprus and Estonia lost the most female representation in the EU parliament, dropping by 17 percentage points, while Slovakia dropped by 16. However, despite the drop, Malta still elected 50 percent women in 2019. Cyprus dropped from 17 percent in 2014 to zero women this year, while Estonia dropped from 50 percent to 33 percent.

According to EIGE, at the national level, the implementation of legislative quotas has made a difference. Legislative candidate quotas are currently in place in ten member states: Belgium, Ireland, Greece, Spain, France, Croatia, Italy, Poland, Portugal, and Slovenia.

“Typically, the quota applies to the list of candidates submitted for election to the national assembly and has sanctions in case of non-compliance. With the exception of Croatia, the representation of women has improved following the application of a quota. To date, however, only Portugal and Spain have seen the quota target translated into an equivalent (or almost) proportion of elected members.

“In all other cases, substantial improvements are still needed: the proportion of women amongst elected members is still 8 percentage points below the candidate quota level in Poland and Ireland, 11 points in Belgium, France and Slovenia, 13 points in Greece, and 19 in Croatia.”

Legislative quotas do not guarantee progress but have nevertheless had a positive impact in most of the countries in which they have been applied, according to EIGE.

“The ten countries with legislative candidate quotas started with 18.2 percent women members in 2004 and achieved 32.9 percent at the end of 2018 (based on the aggregate of all members covered in those countries). This represents an increase of 14.6 percentage points at an average rate of 1 point per year.

However, according to EIGE, legislative quotas alone will not help. Further action is also necessary in order to translate candidate quotas into election outcomes. Strategies include, for example, ensuring “that sanctions are strong enough and enforceable, and to ensure that women are placed fairly in lists and represented equally in winnable seats”.

EIGE also warn that “short-term success is not always sustained”, citing Slovenia as an example. “In Slovenia, where there is a requirement to have at least 35 percent of each gender amongst candidates, the proportion of women members of parliament jumped from 16.7 percent to 35.6 percent following the elections in 2011. This level was more or less sustained through elections in 2014 but fell dramatically to 24.4 percent following the latest elections in June 2018 (latest figure from November 2018 is 27.8 percent).”