Social and geographical inequalities in Europeans' health are one of the main challenges for the EU, says health commissioner Vytenis Andriukaitis. 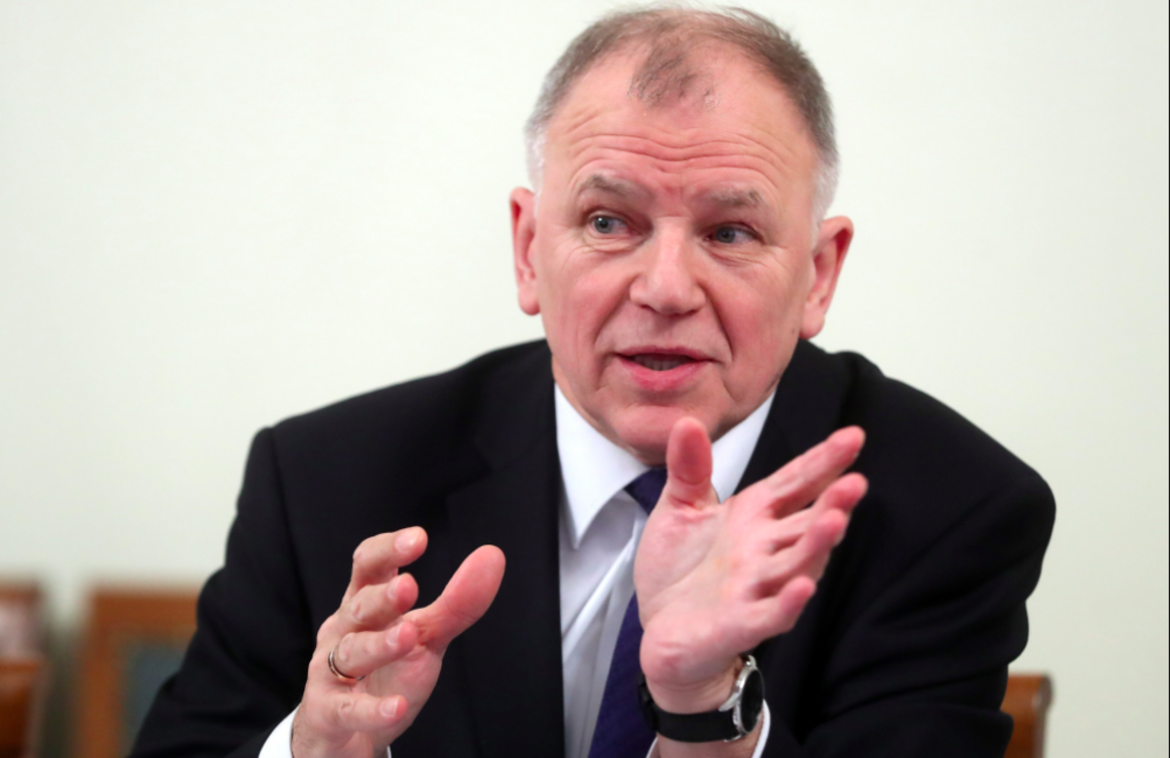 Social and geographical inequalities in Europeans' health are one of the main challenges for the EU, says health commissioner Vytenis Andriukaitis. "You see inequalities around the EU, but also inequalities within every member state," he told EUobserver in an interview.

Andriukaitis, who late last year presented the State of Health in the EU report, insisted that "in some parts of society, access to treatment, because of inequalities, are challenging issues."

"We are speaking about 150 million Europeans who are in difficulties - 30 million in absolute poverty," he said. "You need to guarantee access to treatment, especially innovative treatment," he said, adding that "financial shortages and very high price of medicine" make it very difficult. He also noted that in some regions, "access to treatment is lower because you don't have enough general practitioners  and nurses."

The Lithuanian politician, who is a former doctor, also blamed the "social dumping" within the EU that deprives countries like Hungary, Romania or Lithuania of doctors and nurses. "They are going to richer countries for better salaries and better living conditions," he said, noting that since the financial crisis, the convergence between salaries in different member states has stopped. "It's time to discuss how to resolve issues related to social dumping," he said.

He added that it's also time to sign agreements between countries that spend public money to train doctors and nurses, and "richer EU countries" where the trainees go to work. Andriukaitis ruled out however the creation of a single EU social system.  "Going towards unification is not the way," he said.

Referring to the existing models based on different historical traditions - such as the Bismarck model or the Beveridge model – he insisted that asking which system is better was an "absolutely wrong question." "Differences between member states is Europe's trend and asset. We can learn a lot [from each other], we can provide a lot of private projects and flexible systems," he said.

He argued that the country profiles included in the State of Health report would help to use data "to discuss concrete issues in a deeper way," and that there would be no fingerpointing from the commission. "Shaming and blaming is unacceptable," he said.

The commissioner said that the EU needed to develop training and incentives for young professionals and develop e-health programmes, in particular for primary care. "We need to clusterise, to have a network of networks," he said.

"If you look at local communities and primary care situation, you can build systems which can unite different actors and patients will be in the middle," he said. He pointed out that such initiatives "must be viable" and would require discussions with governments to find he ways to finance them.

Eastern and southern EU countries are still spending less on health than the others.

Andriukaitis, who held the health portfolio for 19 months in the Lithuanian government, noted that EU health ministers were his main allies but that "they are not so influential at government cabinet level." He said that ministers of economy, finance, trade, or agriculture were much more influential but that there views were often "very short term." "My question to ministers of economy and finance: are you thinking about economy, seriously?" he said, pointing at the cost of treatments and premature deaths.

The commissioner was adamant that governments, in addition to funding health care, also have to take care of the population's well-being - even if only from an economic point of view. "Health means social, mental, and physical well-being of individuals and populations, as well as diseases, care and cure and access to care," he said.

"You are not thinking about your healthy labour force, about the competition, about investment in human capital, about possibility to keep work-life balance in healthier style," he insisted, for the attention of ministers. "Let's look at your figures of premature deaths this year, especially between 18 and 62, the active labour force. You are losers, because you are losing active part of labour force," he said. "Please calculate the GDP."

In the State of Health in the EU report, the commissioner stressed that "many socioeconomic determinants of health and risk factors are leading to many chronic diseases and premature deaths, particularly among disadvantaged groups." He called on member states to put in place "broad and coherent strategies" to address the problem.

Behavioural risk factors, such as tobacco, alcohol and obesity, largely differ between EU countries but are also linked to social determinants.

"People who have less income are using less quality food, they are less educated, they have more difficult working conditions, they have very bad work-life balance," he told EUobserver. He added that poorer people are also "under big pressure from behaviour determinants" like smoking and drinking and that they are more affected by chronic diseases. "The trend is that premature death between 18 and 60 is much higher in lower-income society," he noted. "You can see a lot of vicious circles."

In order to reduce social inequalities, Andriukaitis said that authorities should "use different instruments to guarantee access to healthier food, more understanding about lifestyle situations, or access to ... fitness club.

He also insisted that a specific effort should be made with children from poorer families. "You have only small periods to change behaviour determinants, from kindergarten to 13 years," he pointed out. "Then it's very difficult to address behavioural changes."

The EU commissioner argued that health policy should "absolutely" be part of "all political sectors", from taxation and advertisement regulations to environment and work-life balance policies. But he admitted that his power was limited by EU treaties.

Asked why the EU did not organise a summit about health, as it has done last year about digital or social issues, Andriukaitis said: "brilliant idea!" But he noted that the EU executive has "a lot of powers" in some issues like food safety, but that the organisation of heath services and medical care is a member state competence.