The undoing of decades of UK-EU integration will mean huge economic disruption on both sides. The exit from the single market could mean a rise in tariffs of 4 to 5 per cent for the goods sold in Britain, and a drop of 7 per cent of British exports. 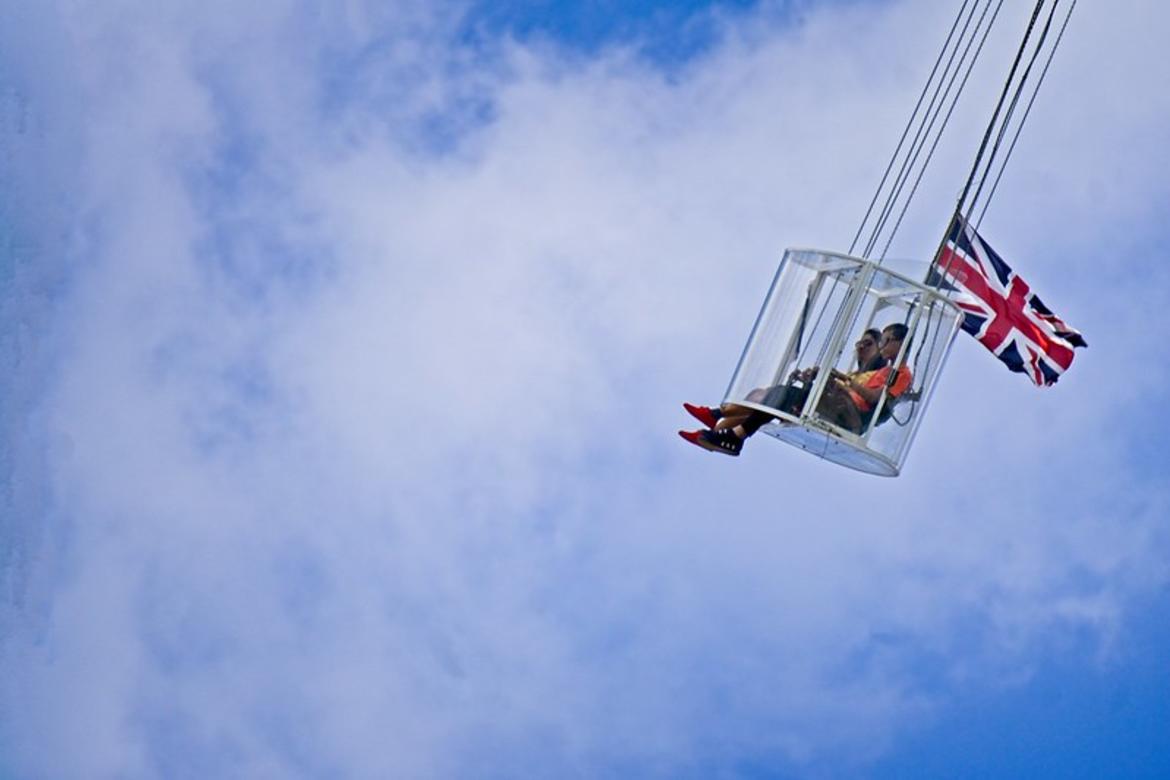 Almost three months since coming to power, Boris Johnson is off to a bad start. During the night of 3-4 September British MPs made a law obliging the Prime Minister to beg the European Union for yet another postponement of Brexit. But the threat of a no-deal exit on 31 October, constantly played up by Boris Johnson, is still hanging over the British economy. Everything indicates that Britain would have trouble getting back on its feet after such a blow. The undoing of decades of integration would come at the cost of serious economic upheaval.

On 18 August a small panic erupted after the leaking of government documents which outlined the probable consequences of a no-deal. According to the “Yellowhammer ” report (named after a no-deal preparation plan), delays in deliveries could exceed two days, which would hugely disrupt flows of fresh food (in the UK 88 percent of fruit and 45 percent of vegetables are imported) and pharmaceuticals.

“The measures taken to limit the impact of a no-deal will not allow the current fluidity of trade to be maintained”, confirms Slavena Nazarova, economist at Crédit Agricole. “Supply chains will be disrupted for a few weeks or months but should be restored in the medium term”, tempers Catherine Mathieu, economist at the OECD.

For now, given the continuing uncertainty over the terms of the UK-EU divorce, the predominant attitude is wait-and-see. Businesses are probably building up stocks, as they did before the 31 March deadline, the initial Brexit date. According to the latest Bank of England quarterly report , the volume of imports jumped by 11 percent between late 2018 and early 2019 – “to such an extent that there was almost no warehouse space left”, notes Bruno Fernandes, economist for the credit-insurer Coface. The episode led to volatility in the British economy, with artificially high growth in first-quarter 2019 (+0.5%) followed by a fall in the second quarter (-0.2%) when the stocks were leaving shelves.

“The Prime Minister should not however assume that British businesses are ready for a no-deal”, warns the Institute for Government. This liberal think-tank points out that losses sustained at the end of March, after the sword of Damocles was temporarily removed, could dissuade many businesses from taking the same precautions.

Industry is in a particularly bad position. Investment in capital goods is falling (-11 per cent in 3 years), to which can be added a chronic deficit in human capital – caused partly by the hyper-flexibility of the British labor market (the “zero-hour” contracts allow employers to provide work to employees only when they are needed). Overall, industrial productivity seems to have fallen by 2-5 per cent since the 2016 referendum, according to a recent study by the Bank of England .

Bruno Fernandes plays this down: “Although foreign companies are no longer increasing their UK presence, they are not yet reducing it by means of layoffs.” They are probably reassured by the labor-market flexibility, which will allow them to proceed to layoffs at their convenience in case of a no-deal.

For the time being, then, the job market remains flourishing (the unemployment rate is below 4 per cent). Household consumption is also high due to a rise in the minimum wage and a fall in income tax (effective since April), notes the French treasury . But it would be premature to declare victory, since this situation also results from a considerable drop in household saving, from 10 per cent to 4 per cent in two years.

As they dip into their nest eggs today, the Brits are undermining their capacity to absorb the shock of a no-deal tomorrow. The size of this shock will depend mainly on the future nature of EU-UK trade, which today makes up 58 per cent of British exports and 85 per cent of imports.

A free-trade treaty between the two sides would limit the shock suffered by the British economy. But does Brussels want it? “The EU has no economic interest in refusing a free-trade accord with the UK”, says Catherine Mathieu. “But in political terms it fears that this would encourage other member states to go their own way”.

Boris Johnson understands this. This is why he is trying to shift the blame for failed negotiations onto the EU, while highlighting the incoherence of EU trade policy. How can Brussels ignore London’s advances while continuing to work on an accord with Mercosur, on the other side of the world? But Johnson forgets that the balance of power does not favor the UK, which has much more to lose from a no-deal than any other European country.

France on the frontline

France could be the European country the most affected by Brexit. That is the conclusion of a recent study by Cépil economist Deniz Unal, which analyzed intra-sector trade between each EU country and the United Kingdom – in other words, the flow of products within a single sector, a reflection of the integration of supply chains between the two countries and thus the dependence of continental European industry on the continued operation of British factories (and vice versa). The result: 65 per cent of Franco-British trade falls into this category of integrated supply chains, mostly in the sectors of chemicals, machinery and cars. “In France 30,000 businesses export to the UK and 100,000 import from it”, notes the French customs office .

Such intra-sectoral trade represents 40 per cent of the total for several east-European countries (including Slovenia and Poland), where factories are located to make use of cheap labor, and 50 per cent for Ireland. But other factors must also be considered in determining the impact of Brexit on various EU countries. For example, in the event of a no-deal, Ireland is very exposed on account of its geographic proximity and the land border it shares with the UK.

Even if an agreement were to be found in extremis, it would be a feat for integration to continue at today’s level. “The single market creates three times more trade between member countries than a traditional trade agreement would create”, explained the economist Vincent Vicard, of Cépil, at the start of negotiations. This is because, in particular, the single market reduces the so-called “non-tariff” barriers to trade, by imposing shared norms and standards.

Without an accord, on 1 November the UK would fall back onto the regime of the World Trade Organization (WTO). This defines reciprocal tariffs which vary according to the type of product (services are not included). “Given the nature of British imports, this would mean an average rise in tariffs of 4 to 5 per cent”, says Catherine Mathieu.

The WTO regime protects some sectors more than others. In particular, “the agricultural sector would be hit much harder: tariffs could reach 50 per cent for cereals and meat”, details Catherine Mathieu. Since 30 per cent of British food consumption is imported, price rises would greatly affect low-income households, which spend a large share of their budget on food, points out a report by the Institute of Fiscal Studies.

Those industrial sectors most integrated into European supply chains – that is, where production is spread out over several countries – will also be hit hard. The car industry is such a case. Does Boris Johnson know, for example, that the engine of the iconic Mini Cooper crosses the Channel three times in the course of its production?

The chemicals industry is also vulnerable. And, given that its components are used in thousands of consumer products, “the negative effects of disrupted supply chains will cascade into other sectors”, says the European Chemical Industry Council. Same story in the aeronautics sector, where a no-deal holds the threat of Airbus withdrawing from the UK : the company manufactures its aircraft wings in Wales. According to the latest UN estimates a no-deal would lead in the best of cases (that is, without taking into account the impact of non-tariff barriers) to a drop of $16 billion in the UK’s exports to the EU, or 7 per cent of its total exports to the bloc.

Beyond the trade in goods, Brexit is a risk to the service sector, which represents three-quarters of the British economy. The City is naturally the first to be worried: it will not collapse, but its influence is set to wane in favor of Paris, Frankfurt and Dublin .

Two sectors are even more exposed. First, business-to-business services (accounting, logistics, advertising, R&D, intellectual property, and so on) have been widely subcontracted in recent years, and so risk suffering from the woes of their clients. Second, business-to-customer services will be hit by the shrinkage in household budgets.

It turns out that the border between services and the rest of the economy is somewhat porous. The shock suffered directly by industry could well spread quickly to services in the case of no-deal. Less organized at the national level than the finance lobby, this part of the economy is still struggling to make its voice heard.

The result of all this: across all sectors, “more than 2.5 million jobs would be threatened in the case of a no-deal”, concludes a study conducted in early 2018 by the economists Raquel Ortega-Argilés and Philip McCann. Paradoxically, the regions and groups most at risk are those which voted for Brexit in 2016.

Exacerbated by depreciation of the British currency, inflation imported by higher tariffs under the WTO regime would cause a big rise in costs for business. Companies might then be tempted either to shrink their workforces or to increase their prices, which would correspondingly reduce the disposable income of British households. “The Bank of England will then have to resolve a difficult dilemma and choose either to raise its interest rates (today 0.75 per cent) so as to throttle inflation, or to cut them so as to support the economy in the short term”, explains Slavena Nazarova of Crédit Agricole.

To soften its landing, London might be tempted to make a batch of bilateral accords in order to escape the WTO regime. That would allow the UK to keep the advantages it enjoys today as an EU member in its relations with countries such as Turkey, Canada and South Africa. The UK might also take the opportunity to strengthen links with the giants, United States and China.

But Brexit would mean London losing its role as a platform for EU-bound exports, and it would have less to offer its new bilateral partners. Meanwhile, there would be the transaction costs associated with geographic distance, different consumption habits and the simple fact of not being in the same time-zone – all barriers which “might be reduced but never completely overcome”, according to a British think-tank . In other words: getting closer to other trading partners will never compensate for the loss of the European market, particularly in these times of a sluggish world economy and falling trade. “If there were an accord with Donald Trump, the UK would risk seeing its health-and-safety standards devalued, particularly in the food sector, which would be against its interests”, adds Bruno Fernandes.

Already devastated by Margaret Thatcher, British industry would probably not survive an assault by much stronger foreign competitors in the event of a wholesale opening to world trade. In one scenario, the UK could even impose null tariffs to reduce the shock of an EU exit – the WTO allows this on condition that it applies to the whole world without discrimination. But even without going to this extreme, the ambition of British conservatives to rebuild a “Global Britain”, free of the EU straitjacket, will amount to the UK shooting itself in the foot.